Since 2006, Rory Wateman has been developing a program in inorganic chemistry and catalysis with many aspects that tie into themes at the Gund Institute.

One of Rory's primary research interests is in catalysis, which increases the efficiency of chemical reactions. Under that larger umbrella, he has been working toward catalysis that provides more efficient utilization of phosphorus as a finite resource as well as explored chemical storage media for hydrogen as an alternative fuel. He gravitates toward less rarefied metals as catalysts and engages the modern alchemy of displacing noble metals for earth abundant ones in catalysis.

Rory has garnered recognition for his research including an NSF CAREER Award, Alfred P. Sloan Fellowship, Cottrell Scholar Award, Humboldt Fellowship, and is a Fellow of the Royal Society of Chemistry. He is engaged in outreach in the community through UVM and the Green Mountain Local Section of the American Chemical Society, and he frequently involves local high school students in his research. 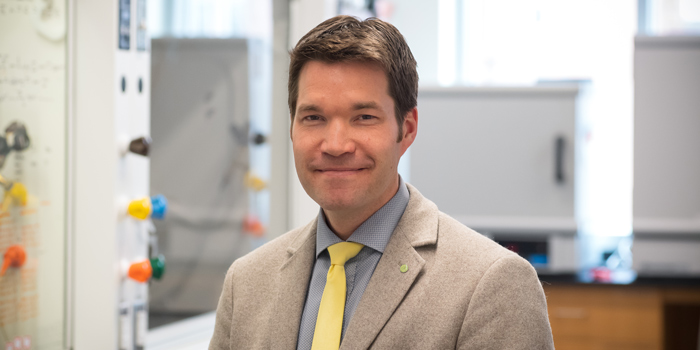