Dr. Cats-Baril is as an Associate Professor for Information and Decision Sciences in the Grossman School of Business at the University of Vermont. He has been a Senior Research Fellow at the London School of Economics and Political Science, and has been a Visiting Professor at several international institutions including the European Institute Administration at the University of Business Administration (INSEAD) in Fontainebleau, France; Reykjavik University; the International Management Centers in Budapest; the Executive Development Centre in Bled (Slovenia), and the China-Europe Management Institute in Beijing. Professor Cats-Baril teaches regularly courses on business strategy, customer-orientation and total quality management, and implementation of change in executive development programs in Asia, Europe, and North and Latin America. He has won several teaching awards including most recently the Grossman School of Business Teacher of the Year award in 2018.

Dr. Cats-Baril has developed curricula in a variety of settings.  For example, he designed, launched and was the Founding Director of the award winning Sustainable Innovation MBA (now ranked #1 by Princeton Review as the best green MBA). He has also designed and participated in many executive programs. For example, he trained most of the Portuguese hospital administrators in management techniques and decision analysis on a three-year grant from the US AID. Through a contract from Institute for Sustainable Communities, Dr. Cats-Baril trained the staff of 50 of the most influential Ukrainian NGOs in consensus building and implementation of change. He has also developed professional continuing education and maintenance of competence programs for medical associations and financial institutions in the United States and Mexico.

Dr. Cats-Baril is a consultant with an international practice in organizational performance assessment, consensus building, and program evaluation. He has had several major consulting engagements with for-profit and non-profit organizations, government agencies, and political campaigns. His clients have included Airport Council International, AT&T, GE, and Hospital for Special Surgery, IBM, LVMH, Johnson & Johnson, Podrawka, TenetHealthcare, and Wyeth, among others. He directed as a consultant the design and implementation several outcome programs for several medical associations in the US. He is an expert in certification and maintenance of competence programs. He developed the overall strategy and business plan for the Global Training Hub, the training arm of ACI, the organization representing more than 1,600 airports worldwide; for the Academy for Environmental Health and Safety which is funded by the GE Foundation in Guandong Province, China; and, for the Academy of Medical Educators, at the Hospital for Special Surgery in New York City.

Dr. Cats-Baril has worked closely with the medical community, in particular the orthopedic and plastic surgery communities, for the last 25 years. He was a Principal Investigator in the Vermont Rehabilitation Engineering Center (VREC) where he developed a predictive risk model of low back pain disability. His research at the VREC won the Eastern Orthopedic Association Award for Spinal Research. He has worked on numerous projects for the American Academy of Orthopedic Surgeons, American Board of Orthopedic Surgery, the Muller Foundation, the North American Spine Society, the American Academy of Hip and Knee Surgeons, and the Hospital for Special Surgery in NYC and has been a member of several task forces on outcomes studies, work related injuries, and the Worker's Compensation system.

Dr. Cats-Baril has directed the development of a number of research instruments, including the North American Spine Society's Lumbar Spine Questionnaire, and the AMA's Patient Confidentiality and Medical Ethics Questionnaire and helped several medical societies initiate outcomes data collection programs. In particular, he directed, as a consultant, the design and implementation of the American Academy of Orthopedic Surgeons program on outcomes and its program to assess patient satisfaction. He did the same for the American Society of Plastic Surgery and the American Board of Plastic Surgery. He has led the two largest consensus expert panels ever assembled in orthopedic surgery. The more than 300 best practices to minimize and treat infections that emerged from the two International Consensus (ICM) Meetings in 2015 and 2018 have had a significant worldwide impact.

He has published several articles in the orthopedic surgery literature including pieces in Spine, JBJS, and the Journal of Occupational Medicine. He contributed a chapter on the costs of low back pain disability to the Adult Spine, which has become a standard reference. As a speaker, he has been invited to address the NIH Task Force on Chronic Pain and Disability on the costs of chronic pain and the Travelers Insurance Symposium on the costs and measurement of LBP.

Dr. Cats-Baril has also published over thirty articles and book chapters in the management literature on business strategy, conflict resolution and negotiation, and implementation of change. This work has appeared in Decision Sciences, Management Information Systems Quarterly, and the Public Administration Review. His book Systems to Support Health Policy Analysis was published by the Hospital Administration Press; a second edition is coming out later this year. The second edition of his book Information Technology and Management (McGraw-Hill/Richard C. Irwin; 2003) has just been translated to Chinese. His latest book on business process transformation and customer satisfaction is being reviewed by Addison-Wesley. He has authored more than 20 teaching cases and was featured on two video-series on increasing the effectiveness of public administrators sponsored by the American Society of Public Administration.

Dr. Cats-Baril has held several in management positions. He was Special Assistant for Systems Analysis and Policy to the Chief Executive Officer and Chairman of the Board of the University Health Center in Burlington. Dr. Cats-Baril was as a member of the leadership team of the Faculty Practice at Fletcher Allen where he created the Center for Health Care Management.

Dr. Cats-Baril is a serial entrepreneur. He was the founder of Devanda Corporation, a company that developed expert systems in the diagnosis and treatment of low back pain. He was a founding partner and Chairman of the Board of Data Harbor, a consulting and data Management Company that specialized in developing and implementing medical outcomes programs. In that role, Dr. Cats-Baril consulted with more than a dozen medical associations and specialty boards, and several pharmaceutical companies. He was a partner and member of the Board of Directors of Verinform, Inc. a company that sells Graduate Medical Education software. He is now Chairman of the Board, of CEPCEL, an internet-based business incubator in Mexico in the professional continuing education space. He is CEO of WISeR Systems, a company that develops expert system-based risk assessment in health care. Their first product -- the Systematic Expert System to Assess Risk of Suicide (SERAS) -- has won several innovations awards. He seats on the Board of SAP! a maple and birch sap drink company. He is an advisor to Trace, a blockchain technology company. Dr. Cats-Baril was the first inductee in UVM’s Entrepreneurship Hall of Fame.

His current research interests include the design of integrated health care delivery systems, the prevention of suicide and strategies to address the opiate crisis. His research work is being funded through several grants including a Small Business Innovation Research (SBIR) Phase I grant.

Born and raised in Mexico City of French parents, Dr. Cats-Baril has dual French and Mexican citizenship and is a USA resident. He is fluent in English, French, and Spanish. He has two daughters, is an avid world traveler, an art collector, and an accomplished cyclist, skier, swimmer, and mountaineer. 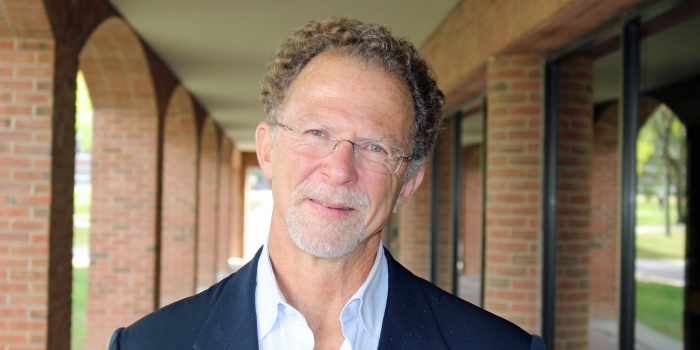