Mark Verdi is a Partner at AVALT Holdings, a private equity focused family office that he started in 2015 with 3 former partners from Bain Capital. AVALT is building a holding company of long duration investments in business services, technology, media, consumer and restaurant companies. AVALT will also focus on partnering with family businesses looking for a long term partner as they deal with transition issues. Mark currently sits on the Board of Directors of Genpact, a multinational business process outsourcing and information technology services company publicly traded on the NYSE.

Prior to joining AVALT, Mark spent 10 years at Bain Capital where he was a Managing Director and Global co-lead of the firm’s portfolio group, a team of executives that partnered closely with management teams to define growth strategies, improve operational performance and accelerate cultural change. During his tenure at Bain Capital, Mark worked closely with a number of consumer, technology, industrial and business services companies including Bloomin Brands (Outback Steakhouse), Burlington Coat Factory, Nutro Pet Foods, Trinseo and Genpact. He also served on the Boards of Directors of these companies.

In 2014, Mark served as President of C&S Wholesale Grocers, the largest grocery wholesaler in the United States.

Early in his career, Mark was Senior Vice President of Finance and Operations and a Director at Mainspring, Inc., an e-business strategy consulting firm. Mainspring was acquired by IBM in 2001. While at IBM, Mark played various roles including Global leader of the Financial Services Business Transformation business and was on the leadership team that evaluated and integrated PwC Consulting into IBM.

Mark began his career at PwC.

Mark and his wife Gina (’88) grew up in Vermont and met while at UVM. They have 4 children, live outside of Boston and spend as much time as they can in Vermont. 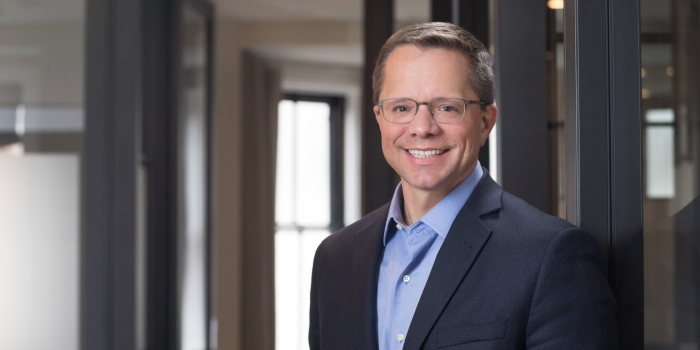