Price of Beauty? For Lake Champlain, it’s $17 Million Per Meter 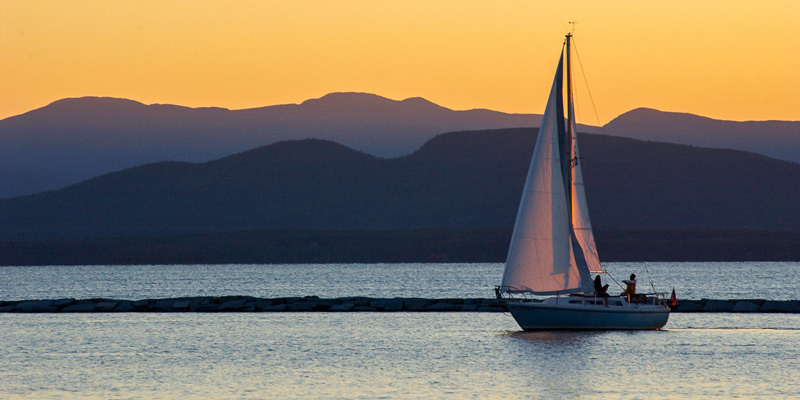 According to the study, Vermont lakeside communities would lose $16.8 million in economic activity and 200 full-time jobs – in July and August alone – for every one-meter (three-foot) decrease in water clarity.

The study is the first to investigate the relationship between home prices, tourism, and Lake Champlain's visual appearance, which is regularly impacted by algae blooms, nutrient runoff, sewage and other pollutants.

Crunching five years of data, the scientists found that lake-related tourism – including restaurants, hotels and recreation services – faces a $12.6 million drop in direct summer expenditures for every meter decline in water clarity.

The research, led by UVM’s Brian Voigt, was announced today in partnership with the Lake Champlain Basin Program (LCBP).

“These findings show that water quality in Lake Champlain and its surrounding basin is more than just an environmental concern,” says Voigt, a researcher at UVM’s Gund Institute and Rubenstein School. “It’s a major economic issue that affects homeowners, businesses and jobs.”

The study focused on the Vermont lakeside counties of Chittenden, Addison, Franklin and Grand Isle.

“We focused on water clarity, because people have a visceral reaction to it,” says Voigt. “If you take your family swimming, you might not know what excess phosphorus means. But chances are you will avoid an algae bloom.”

Read the study on LCBP's website. Infographic and images available upon request. 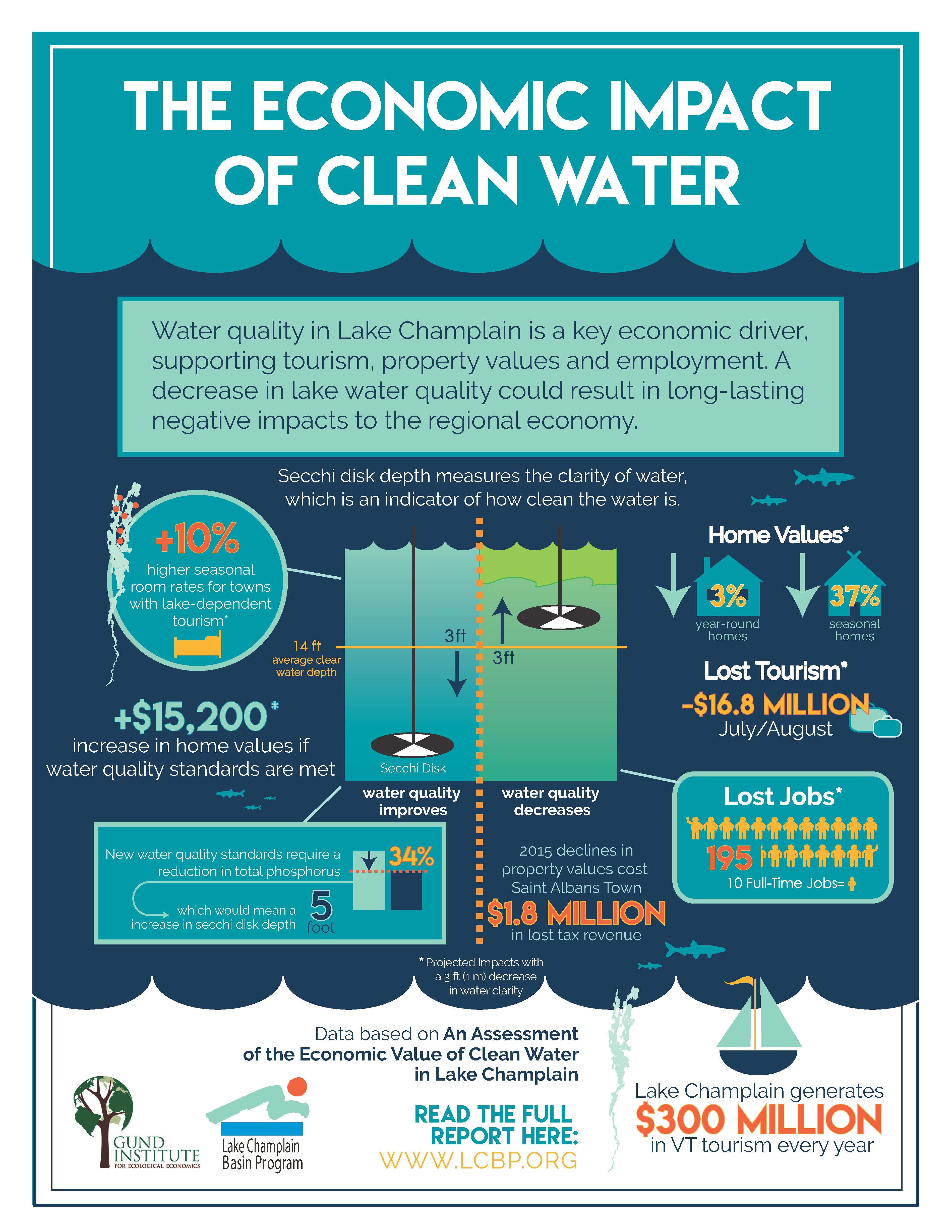 Basil D.N. Waugh
"People have a visceral reaction to algae blooms. That has economic implications."