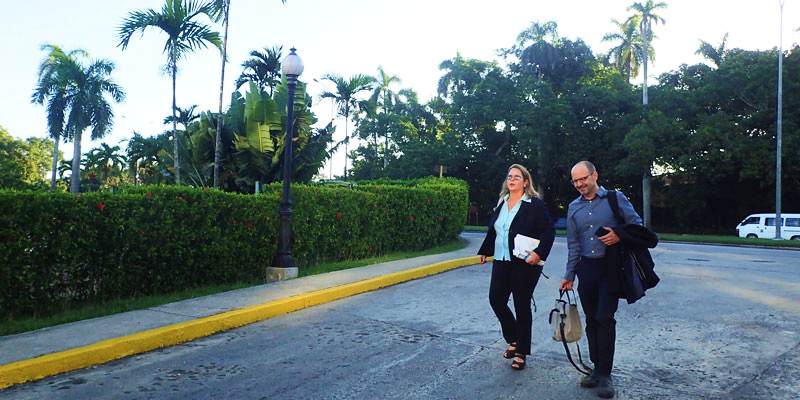 Cuban scientists can now be published in a leading U.S. academic journal, thanks to efforts by UVM's Joe Roman, Patricia González-Díaz of University of Havana, and EDF. Photo: Gillian Galford.

It was 2013, and University of Vermont professor Joe Roman wanted to organize a class in Cuba. The island nation offered a compelling case study for growing crops without heavy machines or chemical fertilizer. Roman saw an opportunity to learn from Cuba’s approach and observe its impacts on land and sea.

The seminar quickly filled with students. But diplomatic relations between the U.S. and Cuba had yet to thaw, and travel restrictions and legal questions loomed.

“The university was understandably nervous, like, ‘It’s a sanctioned country, can you bring students there?’” recalled Roman, a conservation biologist at UVM’s Gund Institute for Environment and Rubenstein School of Environment and Natural Resources.

It turned out the answer was yes – and Roman’s doggedness in bringing UVM students to Cuba would ultimately help to break down larger barriers, which had hindered collaboration between American and Cuban scholars, and prevented Cubans from publishing in a leading U.S. academic journal. 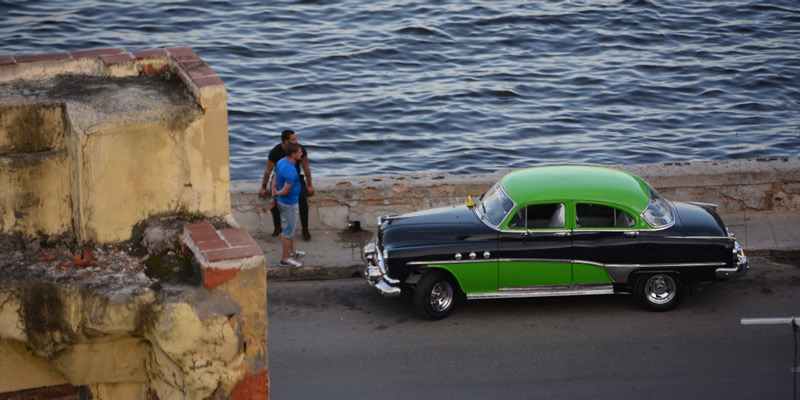 Despite the initial uncertainty, Cuba has become a key region in UVM’s global research efforts, which span seven continents, from Greenland’s ice sheets and the Brazilian Amazon, to the South Pacific’s coral reefs and elephants in Africa, and many more far flung locales.

Roman’s first contact in Cuba was Patricia González-Díaz, director of the University of Havana’s Center for Marine Research.

Together, they travelled by bus with their graduate students studying the impacts of farm runoff on Cuba’s largely pristine coral reefs. The trips around the island offered time to get acquainted. “Having that time together is so important for collaborators,” says Roman. “It’s key to understanding each other and building trust.”

On the bus, González-Díaz mentioned that her PhD dissertation had been rejected without review by a leading marine science journal, the Florida-based Bulletin of Marine Science.

“That was shocking to me,” Roman says. He knew that the 1962 embargo barred economic cooperation between the two nations, but had thought that science was largely immune.

The Bulletin of Marine Science is a key source for research on Caribbean ecosystems, but had been bound by a reading of a U.S. Treasury Department policy that effectively restricted its editorial team from working with Cuban scholars.

Technically, the journal could publish research papers by Cubans, but editing or peer reviews were considered as economic assistance, which the editorial and legal team believed was forbidden by U.S. policy.

“That basically rendered every submission impossible to accept,” says Rafael Araujo, managing editor of the Bulletin of Marine Science, which is based at the University of Miami.

For Cuban professors like González-Díaz, now a Global Affiliate of UVM’s Gund Institute for Environment, the rejection was confusing and ultimately stifling. “We didn’t realize this kind of thing happened in science,” she says. “Especially in the marine sciences, where we share the common sea.” 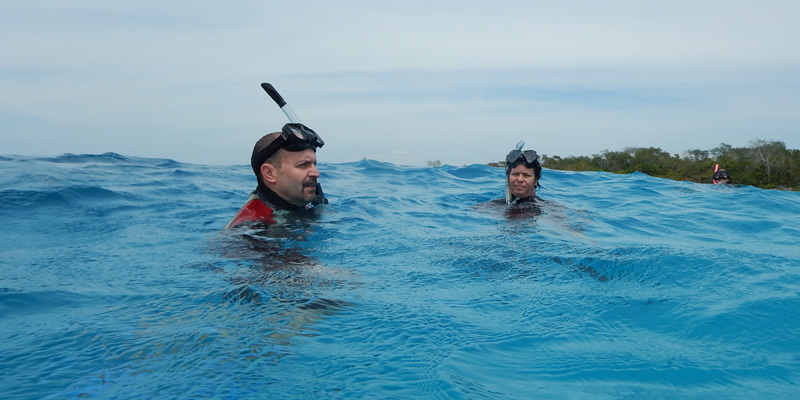 Roman's focus is typically on endangered species, not international sanctions. His research on whales has helped strengthen global anti-whaling standards. He created a program on biodiversity and human health at the Environmental Protection Agency, studies the impacts of invasive species, and has held visiting positions at Harvard University and Duke University’s Marine Lab.

Perhaps his best-known Cuba project was a 2016 proposal in Science Magazine, calling for the U.S. to turn the Guantanamo Bay military prison into a marine research institution and peace park.

Yet González-Díaz’s rejection and the Bulletin’s apparent ban on Cuban scholarship stuck with Roman. “We all get rejected,” he says. “But we get rejected with review: you submit your paper, it gets peer reviewed, and if they reject it, that's the way it works.”

“But if you’ve got journals that are off limits to you due to nationality, that is very concerning. That affects your ability to convey your knowledge to the broader scientific community and to policy makers. It can also affect people’s lives,” Roman added, noting the importance of publications in academic careers.

It was on another trip to Cuba that Roman found himself sharing an airport shuttle with the Bulletin’s assistant editor Geoffrey Shideler. When Shideler noticed a turtle on Roman’s luggage tag and struck up a conversation, Roman raised the Bulletin’s rejection of Cuban scientists.

“We were very clear we didn’t want to do this,” Shideler recalled. “But we were following U.S. law and this is what we had to do.”

Unsatisfied, Roman reached out to lawyer Dan Whittle, an Environmental Defense Fund colleague who works in Cuba. “Some U.S. journals chose to ignore the restriction and published Cuban research. Others did not, and interpreted the regulation more conservatively,” says Whittle.

EDF found an updated Treasury Department policy that they believed allowed the editing and publication of non-government scientists in American journals. The University of Miami’s legal council agreed and in 2016 the Bulletin of Marine Science began accepting Cuban submissions for the first time in decades.

At the urging of Gund Institute for Environment director Taylor Ricketts, Roman pitched the Bulletin the idea of a special edition dedicated to Cuban marine science.

The journal agreed, naming Roman and González-Díaz as guest co-editors. The historic edition appeared this spring. It features dozens of Cuban scholars, including some previously rejected by the journal without review. Last week (October 16), the key players gathered to celebrate the issue at the MarCuba marine science symposium in Havana. 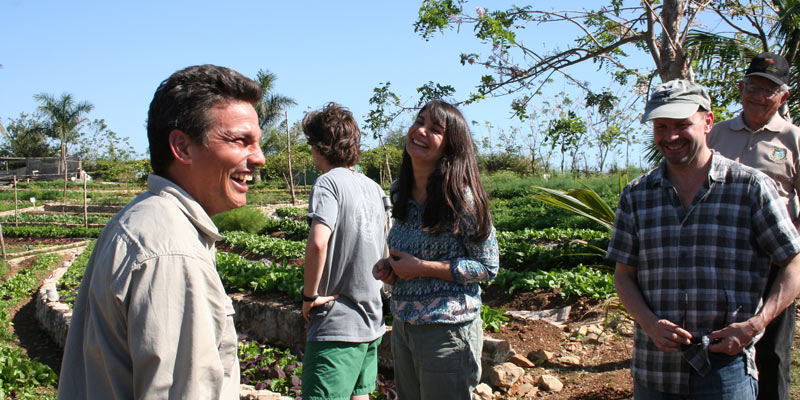 Shideler says he is grateful to Roman for pressing the issue, noting that it’s difficult for small academic journals to stay abreast of arcane economic sanctions policies.

While Cuban scholars have found homes for years in journals overseen by Harvard, Columbia and the University of Pittsburgh, Shideler hopes the Bulletin’s Cuba edition will show other small journals that it is legal to edit and publish such work.

One thing that everyone involved in the edition agrees on is how important scientific collaboration between the U.S. and Cuba is. With 90 miles of ocean between them, the proximity of the two nations means cooperation is essential to understand shared risks facing endangered species and ecosystems.

The special issue of the Bulletin, featuring an introduction by Roman, offers a snapshot of Cuba’s coastal ecosystems under pressure from climate change and tourism.

Research topics include: how fishing, pollution, and climate change have affected the coral reefs off Havana; conservation of marine turtles and manatees; marine protected areas in Cuba; the movements of female silky sharks, and how Cuban land use and conservation efforts have affected coral reefs (the latter led by Gund researcher Gillian Galford).

Another highlight is a study of Cuba’s commercial fisheries, which used new scientific tools to quantify fish populations, concluding that several species are highly susceptible to overfishing.

“This Bulletin of Marine Science edition is a proud moment for UVM, the Gund Institute for Environment and our collaborative efforts in Cuba,” says Taylor Ricketts, director of the Gund Institute. “It shows how international research and education can start to strengthen bonds between nations.”

Providing a broad analysis to an international audience is crucial for the creation and maintenance of successful marine conservation, says Roman, who is currently working on a Fulbright-NSF Arctic research grant in Iceland.

“Fish, manatees, sea turtles – they don't know boundaries, they freely cross between the United States and Cuba all the time,” Roman says. “You can’t manage the oceans simply by managing your own coastlines.”

Arno Rosenfeld
“Fish, manatees, and sea turtles don't know boundaries. They freely cross between the United States and Cuba all the time." 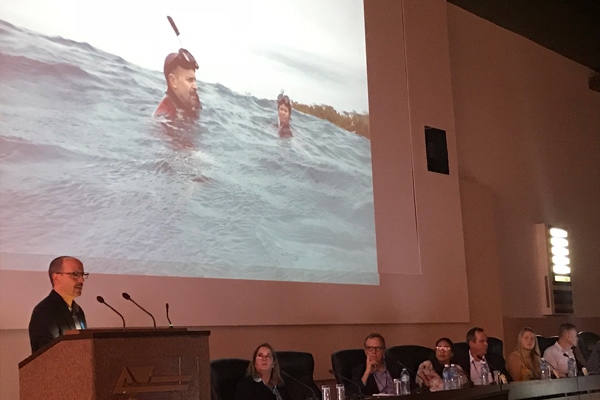 Joe Roman, a Gund Fellow, co-led a historic edition of the Bulletin of Marine Science, which published Cuban researchers for the first time in decades.