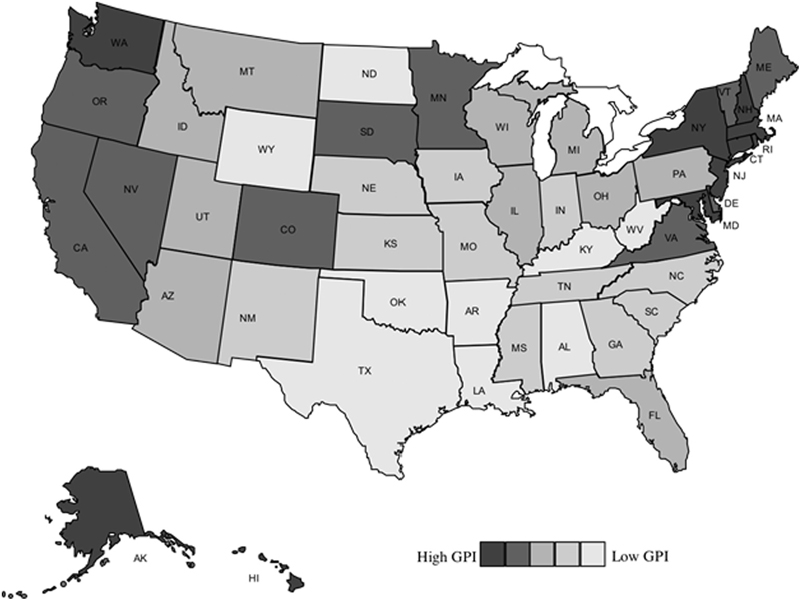 The first 50-state study to use the Genuine Progress Indicator, an alternative to GDP, finds most U.S. states face a ‘progress recession' due to unaccounted environmental and social costs.

There’s an old adage in business that says, “You can’t manage what you can’t measure.”  This philosophy guides a growing number of economic studies in the U.S. that move beyond narrow notions of economic success, to broader and more nuanced definitions of progress.

One such measure gaining traction in more than a dozen states is the Genuine Progress Indicator (GPI), an alternative to gross domestic product (GDP).  A new study from the University of Vermont (UVM) is the first to publish GPI estimates for all 50 states.

The study suggests the U.S. economy is experiencing a significant “progress recession,” with broad social and environmental costs reducing the uneven benefits of economic growth.

While GDP measures all market transactions of households, businesses, and governments of an economy, it misses a range of key factors. For example, it does not track environmental factors such as air and water pollution, energy and forest depletion, or the social impacts of income inequality. Nor does it account for people’s time and resources that happen outside the market economy, including household work, elder and child care, volunteering, leisure and time spent commuting.

“The GPI methodology estimates some of these missing costs and benefits of economic activity through 24 adjustments to GDP,” says lead author Mairi-Jane Fox, a recent PhD graduate from UVM's Gund Institute for Environment and Rubenstein School of Environment and Natural Resources. “These adjustments are intended to give us a more accurate snapshot of prosperity. To that end, the 50-state study helps us compare state economies and policy options across broader economic, social, and environmental dimensions, as well as standardize and update macroeconomic indicators for the realities of the 21st century.” 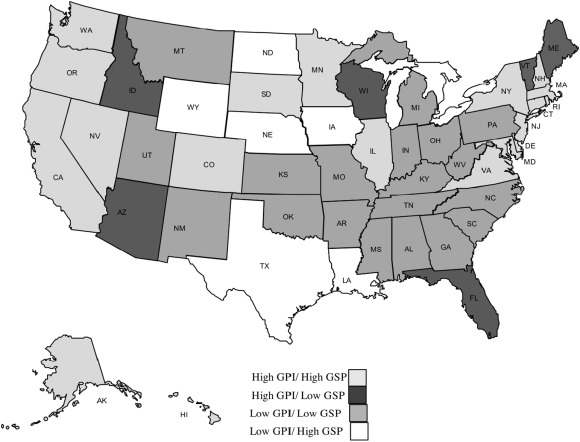 Interestingly, many states that rank highly under a GDP per capita metric, fall to the bottom of the GPI rankings, including Iowa, Nebraska, North Dakota, Texas and Wyoming. This is due, for example, to depletion and pollution costs in economies that depend largely on fossil fuel extraction. Economies with less reliance on coal, oil, and gas extraction and refining tend to perform better under GPI, recognizing the benefits of transitioning away from non-renewable resources and high carbon emitting industries.

“While consumption of goods and services, the main component of GDP, is also a main driver of GPI, we do see big variances between states due to differences in income inequality, energy and greenhouse gas intensity, and renewable energy mix,” says co-author Jon Erickson, the Blittersdorf Professor of Sustainability Science and Policy at UVM’s Rubenstein School and Fellow of the Gund Institute for Environment.

“The reining philosophy is that unlimited economic growth will compensate for environmental losses, climate change, or time with loved ones. And despite claims that a growing economy will trickle-down to everyone, GPI and other studies show that the gap between the rich and poor is growing faster than ever.”

Erickson helped develop the first state-level GPI study that has since become Vermont law, the first state law to mandate the use of GPI to guide economic policy.  GPI is now one of the main indicators in Vermont’s Comprehensive Economic Development Strategy. Other state governments to incorporate GPI as a policy metric include Maryland, Washington, and Hawaii, and faculty and student fellows of the Gund Institute have completed GPI studies for Maryland, Ohio, Utah, Oregon, and Massachusetts.

While GPI is an improvement over GDP, Fox and Erickson seek further improvements for the indicator. “For example, GPI penalizes states that extract fossil fuels, but not the states that import it. That should be addressed,” adds Fox. “And while GPI measures income inequality, it currently doesn’t track data on racial or gender inequality. Indicator research in the field of ecological economics is addressing these issues, as governments work to adopt metrics that recognize not just the size of the economy, but it’s capacity to deliver shared benefits with less social and environmental costs.”

The 50-state study will appear in the May 2018 volume of the journal Ecological Economics, and is currently available from Science Direct.  Full analysis and results from Mairi-Jane Fox’s Ph.D. Dissertation are available from ScholarWorks @ UVM, and the complete data set and computations can be downloaded as a spreadsheet from the Gund Institute. 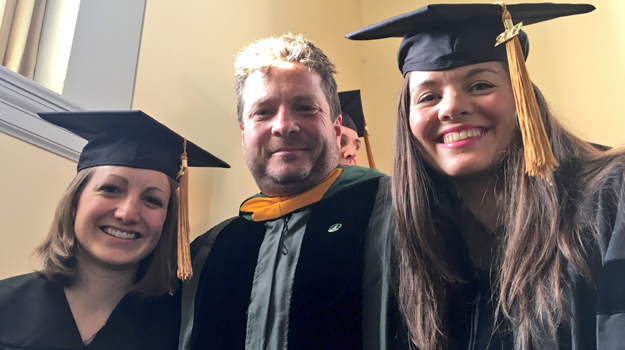