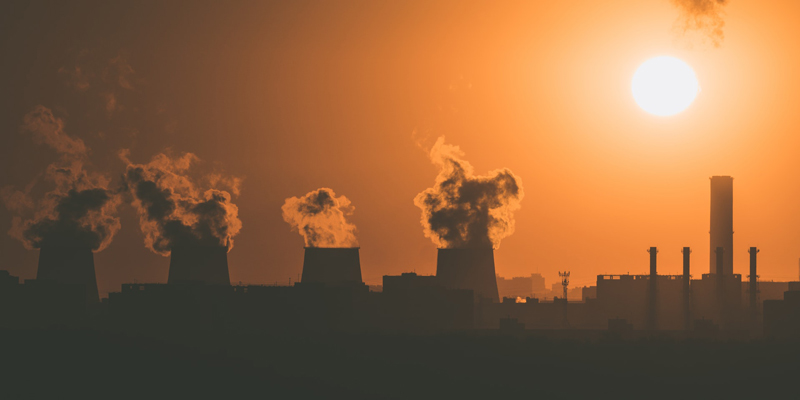 The price tag for cutting global emissions may seem expensive, until the human toll of deaths from air pollution and climate change are factored in, new research says.

The new study in Nature Communications reports that immediate, dramatic cuts in carbon emissions – aggressive enough to meet the Paris Climate Agreement – are economically sound if human health benefits are accounted for.

“Reducing greenhouse gas emissions will also reduce deaths from air pollution in communities near the emissions reductions,” says Mark Budolfson, co-lead author from the University of Vermont. “These health 'co-benefits’ of climate change policy are widely believed to be important, but until now have not been fully incorporated in global economic analyses of how much the world should invest in climate action.”

By adding air pollution to global climate models, Budolfson and colleagues find that economically, the optimal climate policy would be more aggressive than previously thought, and would produce immediate net benefits globally.

The health benefits alone could reach trillions of dollars in value annually, depending on air quality policies that nations adopt, to offset climate investments.

The study, which was supported by a Gund Institute Catalyst Award, helps to justify immediate investments in global emission reductions by showing they will benefit the current generation of citizens while also helping to address climate change for future generations.

“We show the climate conversation doesn’t need to be about the current generation investing in the further future,” says Budolfson, a Fellow of the Gund Institute for Environment from UVM’s College of Arts of Sciences. “By making smart investments in climate action, we can save lives now through improved air quality and health.”

The team’s work builds on the RICE climate model, which was developed by Yale Economist William Nordhaus, who recently received the Nobel Prize in Economics.

Researchers considered the costs and benefits of air pollutant emissions, which produce aerosols. Aerosols have never been fully incorporated into this type of modeling, and are important for two reasons. Aerosol pollution worsens human health, but aerosols also act to cool the earth, counterbalancing some of the warming generated by greenhouse gases.

By factoring in these additional co-benefits and co-harms, the researchers identified a climate policy that would bring immediate net benefits globally, both in health and economic terms. The strongest potential near-term health benefits are in China and India, which face among the highest death rates from air pollution.

“Some developing regions have been understandably reluctant to invest their limited resources in reducing emissions,” said Noah Scovronick, a co-lead author from Emory University. “This and other studies demonstrate that many of these same regions are likely to gain most of the health co-benefits, which may add incentive for them to adopt stronger climate policies.”

The researchers find that the dramatic efforts needed to meet the Paris Agreement targets of limiting global temperature rise to 2 degrees C (or 3.6 degrees F) is economically defensible. This is because the health benefits resulting from air pollution reductions can offset the near-term costs. Prior economic studies on this issue did not support such a strict climate target.

“The climate problem has several features that make it particularly difficult to solve,” said Marc Fleurbaey of Princeton University. “Here, we show that accounting for the human health dimension alleviates many of these difficulties: Health benefits begin immediately, occur near where emissions are reduced, and accrue mainly in developing regions with less historical responsibility for climate change. The finding that climate policy may not in fact entail an intergenerational trade-off could completely change the framing of the debate.”

UVM’s Budolfson is a faculty fellow at the Edmond J. Safra Center for Ethics at Harvard University for the current academic year.

The study, “The impact of human health co-benefits on evaluations of global climate policy,” will appear online May 7.