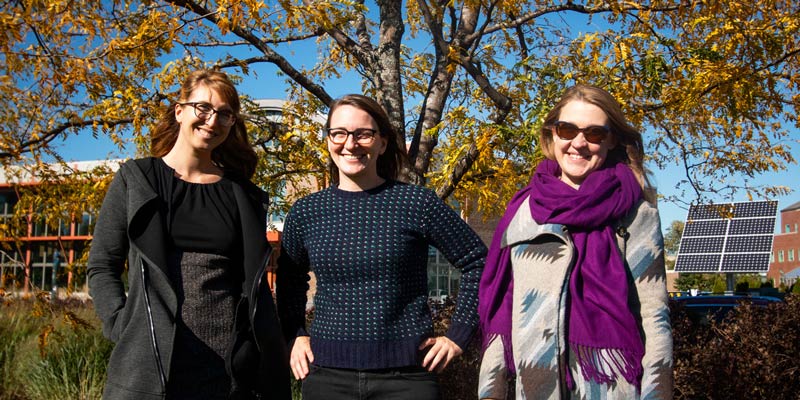 “The most unique thing about these projects is that they’re entirely conceived and led by graduate students,” says Adams. “We design and execute the entire project from start to finish.”

Adams is the co-leader of a six-student research team investigating how media narratives impact policy action regarding coral reefs, which are critically endangered. Her team includes students from Oregon State, Arizona State, the University of Delaware, and the University of Exeter. Follow the project on Twitter at @CoralStories and #CoralStories.

Schwartz is a co-leader of a team of six students analyzing how social responses to extreme climate events are changing over time and across countries. Schwartz’s team includes students from the U.S., China, and South Africa.

Kinnebrew will investigate the relationship between agriculture and conservation in the Amazon Basin. Her teammates hail from the University of Arizona, UC Berkeley, the University of Washington, UC Davis, and Florida International University.

Gladkikh's team will explore the role of urban agriculture in urban ecosystem services and livelihoods, focusing on three cities in Latin America. Her team includes students from Purdue, Penn State, the State University of New York, and the University of Maryland.

SESYNC’s Grad Pursuits project will support the student researchers with travel funds, technical support, and a $2,000 honorarium for each student upon completion.

The next SESYNC Grad Pursuit request for proposals is expected to be announced this summer. 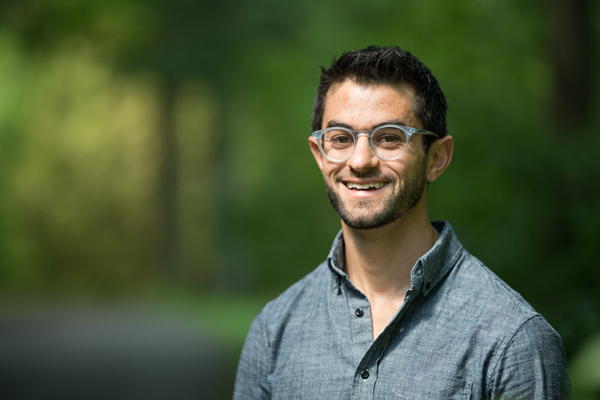 Gund Graduate Fellow Aaron Schwartz is a co-leader of a team analyzing how social responses to extreme climate events are changing over time and across countries.