Dr. Trubek is Chair and Professor in the Department of Nutrition and Food Sciences at the University of Vermont. She teaches courses in the contemporary food system, food and culture, qualitative research methods, and food history. Her research interests include the history of the culinary profession, globalization of the food supply, the relationship between taste and place, and cooking as a cultural practice.

My fascination with all things culinary began in childhood. I used to watch Julia Child on public television with my mother on a weekend morning. Afterwards we would often go to the kitchen and try to make a dish or even a meal from Mastering the Art of French Cooking, an amazing culinary tome that Child wrote with Simone Beck and Louisette Bertholle. In high school I started a small catering business with a friend and worked at a great local restaurant, making cookies and bars and spending time with the quirky characters (cooks and customers) that came in and out each day. From that time on, I knew exploring food and cooking were going to be major parts of my life.

Dr. Amy Trubek is Chair and Professor in the Nutrition and Food Science department at the University of Vermont Trained as a cultural anthropologist and chef, her research interests include the history of the culinary profession, globalization of the food supply, the relationship between taste and place, and cooking as a cultural practice. She teaches both undergraduate and graduate courses, including Basic Concepts of Food, Qualitative Research Methods and Food Systems, Society and Policy. She is the author of Haute Cuisine: How the French Invented the Culinary Profession (2000) and The Taste of Place: A Cultural Journey into Terroir (2008) as well as numerous articles and book chapters.

Dr. Trubek is involved in two long-term research initiatives, one on the taste of place and the other on cooking as a skillful practice. The taste of place research presently involves looking at the sensory experience of tasting and evaluating artisan products from Vermont with the goal of helping producers, consumers and policymakers better understand the qualities and quality of place-based food and drink. She is hard at work transforming her research on cooking as a skillful practice into a book manuscript. She is also collaborating with Cynthia Belliveau, Lisa Heldke and Jonathan Deutsch on a food, cooking and pedagogy project. Amy lives with her family on an heirloom apple orchard, where they make fresh cider, hard cider, and ice cider, and pick lots of fresh apples, pears and plums.

Terroir and gout du terroir, concepts that originated in France but can be applied universally to describe how physical landscapes are expressed in physiological taste (i.e., the sensory experience of food and drink). While the classic example of terroir is found in French wines, the connection between taste and place can be observed in food practices and values around the globe. Most recently, our lab’s research has explored this connection in two prominent Vermont food products, artisan cheese and maple syrup.

Members of the lab come from diverse academic and professional backgrounds and bring unique personal experiences and interests to the table. What we share is a commitment to combining ideas about social relations with various empirical data gathering techniques in order to get at what is actually happening with regard to people’s everyday values and practices.

This project has three research strands:

The Taste of Place

The Taste of Place was released in the Spring of 2008 from the UC Davis Press. In the book, Dr. Trubek looks at the importance of terroir as a cultural category and explores how terroir is being used in the United States today to change our food culture. The Taste of Place has been featured in the Burlington Free Press and on Vermont Public Radio. Chapter 1 is available online through the University of California Press. You may purchase the book by clicking on the bookcover.

Haute Cuisine: How the French Invented the Culinary Profession 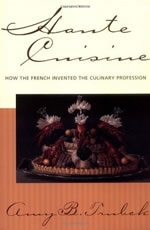 Haute Cuisine was released in the Summer of 2000 from the University of Pennsylvania Press. In it, Dr. Trubek examines the history of haute cuisine in France from the 11th century to today in terms of its roles and relationships to society. You may purchase the book by clicking on the bookcover.

The following are links to articles, interviews, and radio shows that Dr. Trubek has been a part of in the past few years. Enjoy! 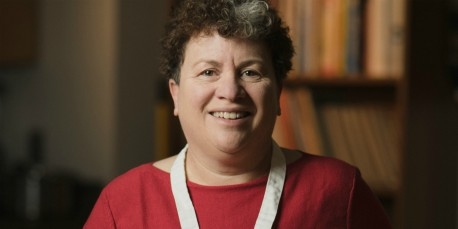