About the Peace Corps

As the preeminent international service organization of the United States, the Peace Corps sends Americans abroad to tackle the most pressing needs of people around the world. Peace Corps Volunteers work at the grassroots level toward sustainable change that lives on long after their service—at the same time becoming global citizens and serving their country. When they return home, Volunteers bring their knowledge and experiences—and a global outlook—that enriches the lives of those around them.

UVM and the Peace Corps

The University of Vermont recently ranked No. 6 among top volunteer-producing colleges and universities across the country, with 31 alumni currently serving worldwide. Since the agency’s founding in 1961, 862 UVM alumni have served in the Peace Corps.

UVM has ranked among the top 25 medium-size schools for over a decade. In addition, Vermont ranked No. 2 among Peace Corps’ top volunteer-producing states in 2018, while the Burlington-South Burlington metro area ranked No. 6 for the highest number of volunteers per capita.

To promote world peace and friendship by fulfilling three goals:

What is the Peace Corps?

Peace Corps is a U.S. government-funded volunteer program that sends American citizens overseas to work in fields of international development for 27 months. Initiated by President Kennedy in 1961, Peace Corps is open to all American citizens over the age of 18 who possess the skills necessary to qualify for at least one of Peace Corps' programs. There is no upper age limit to Peace Corps, although all applicants must pass a thorough medical and dental exam.

What Do Volunteers Do?

Where Do Volunteers Go?

Currently, over 6,500 Peace Corps Volunteers work in over 60 countries world-wide. Visit the Peace Corps website to see country specifics on where volunteers serve. 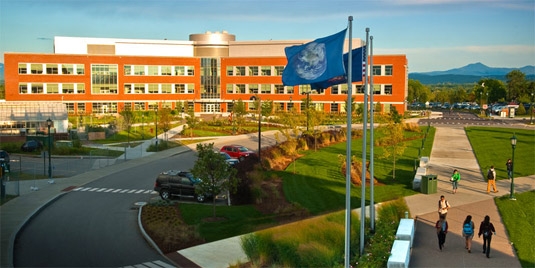