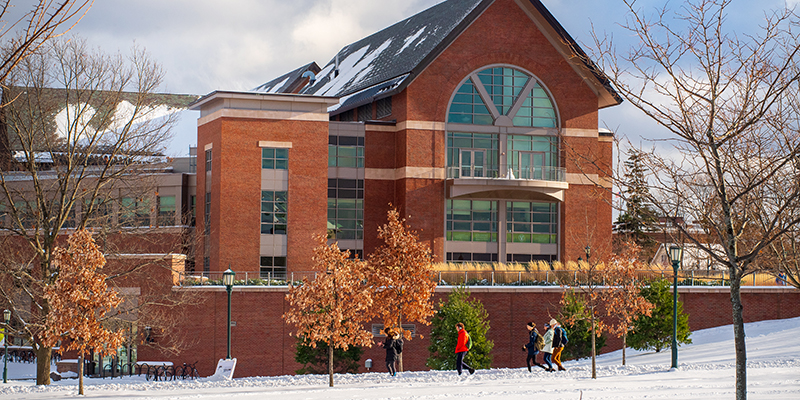 It was a transformative year at the University of Vermont, a fitting finale to a decade that saw sweeping change across campus, from new facilities and programs to groundbreaking research discoveries. Here’s a look back at some of 2019’s biggest moments.

1. Research and Scholarship That Changed the World

Cracking the code of marine mammal communication. The invention of the world’s strongest silver. Uncovering food insecurity among farm workers. Across disciplines, our faculty deepened and shifted our understanding of the world. And the world took notice. UVM was awarded $6.6 million to address rural addiction, based on an innovative treatment model developed by faculty; “Black is the Body,” a book of essays by Emily Bernard, garnered national acclaim; three faculty members were named among the world’s most-cited researchers of the year; and leading scholars from around the globe gathered on campus to discuss climate change clues that may be contained in rare ice samples.

2. #MeToo Founder and Other Inspiring Guests 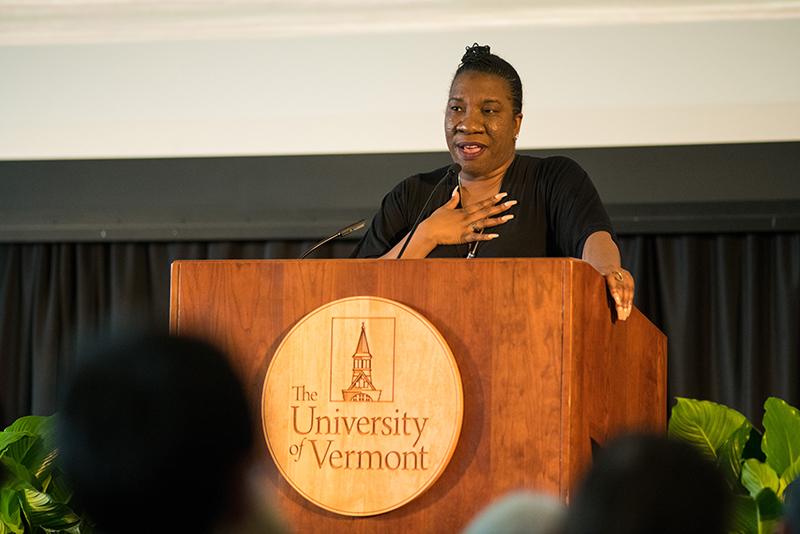 Visitors to campus this year included Tarana Burke, founder of the “me too” movement to end sexual violence, who brought an audience to their feet this past spring. “This is our moment. This is our time. This is our movement,” said Burke, pictured. Another highlight: pioneering climate scientist Michael Mann, who spoke to a packed Ira Allen Chapel in October about what climate change denial means for today’s politics and the future. Watch Mann’s remarks.

The Class of 2019 graduated in May (with a record-breaking four-year graduation rate), sent off with a commencement address delivered by Ford Foundation president Darren Walker, who urged grads to bridge divides in America. A few months later, the Class of 2023 gathered on the Green to begin their college journey. For the fifth year in a row, the first-year class achieved the highest academic credentials in university history.

It’s one of the greatest honors a scientist can achieve: In April, Mark Nelson, chair of Pharmacology and a University Distinguished Professor, was elected to the National Academy of Sciences. He’s internationally recognized for his contributions to our understanding of the control of blood flow within the brain. “Mark’s discoveries have set the investigative direction for researchers around the world,” said David Warshaw, chair of Molecular Physiology and Biophysics. 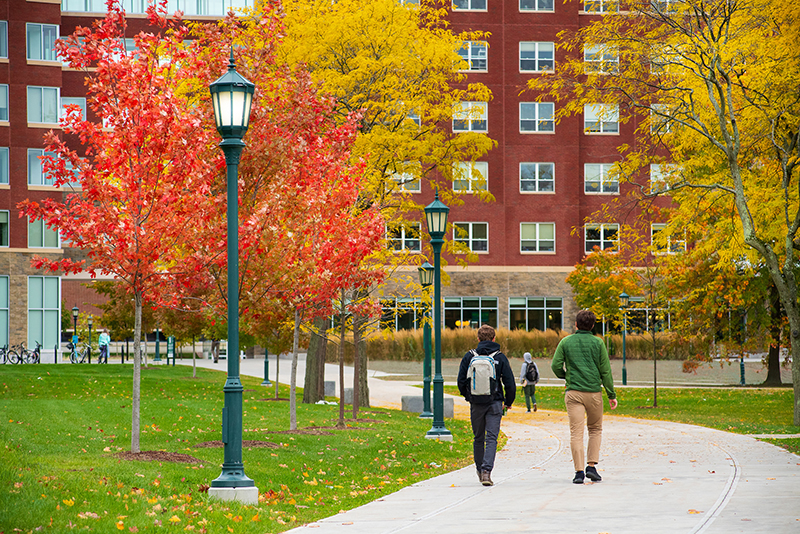 UVM made strides toward improving access and affordability for students in Vermont and beyond, including launching an innovative pilot program that provides college counseling and support to high school students; establishing the $3.3 million Leahy Fund to benefit Honors College and Gund Institute students; and announcing a planned tuition freeze for the coming year. “It’s critical that we do everything we can to address the pressures that families and individuals face in their effort to achieve their educational goals,” said President Suresh Garimella.

6. Ranked Among the Best

Notable nods for UVM this year? No. 4 Top Green School. No. 8 ROTC Program in the nation. A top Peace Corps volunteer-producing school. A top northeastern LGBTQ-friendly school. And our Sustainable Innovation MBA Program? Ranked No. 1 Best Green MBA for the third year straight.

UVM Skiing played host to the 2019 NCAA Skiing Championships, placing second as a team to Utah, with Laurence St. Germain placing first in giant slalom after her 2018 Olympics debut. Another proud moment for Catamount Nation, following regular season and conference tournament championships in America East: men’s basketball’s first-round March Madness game, a hard-fought match-up with Florida State. The Duncan brothers made history that day as the first trio of brothers to play together in a tournament game.

With regal marches and a hefty mace, UVM formally installed Suresh Garimella as its 27th president in October. In his remarks, Garimella spoke to the university’s place in history as leaders of equality and opportunity in American higher education. He celebrated UVM’s land grant heritage and noted that having the desk of Land Grant Act author Sen. Justin Morrill’s in his office “is to me the greatest perk of my position.” In November, Patty Prelock, former dean of the College of Nursing and Health Sciences, was appointed provost and senior vice president of UVM. Learn more about President Garimella. 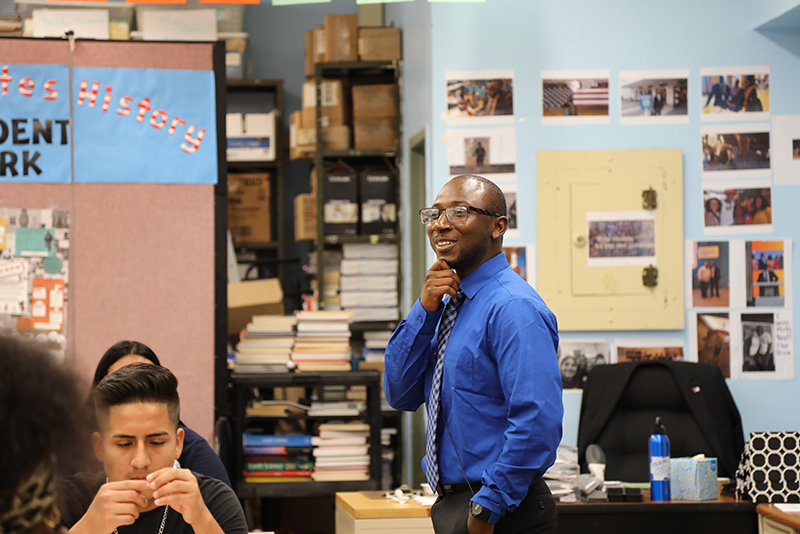 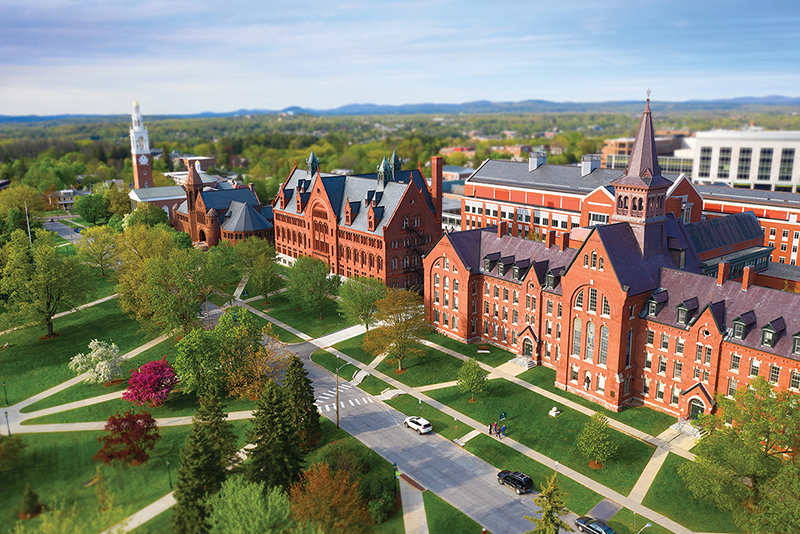 In October 2015, President Tom Sullivan formally announced the ambitious $500 million goal of Move Mountains: The Campaign for the University of Vermont. The final total reached $581 million. The generosity of the donors who have made the campaign a resounding success will shape the University of Vermont and UVM Medical Center for years to come. These gifts are already elevating the endeavors of faculty and students and enriching the life of our campus, with 69 new endowed faculty positions, 21 facilities projects, and 291 scholarships added.

What is The University of Vermont? The uninitiated often ask why our initials are “UVM;” the question was no match for Jeopardy champion James Holzhauer in May. This video was our most engaging post on Instagram all year. Follow us on Instagram for more highlights from UVM.