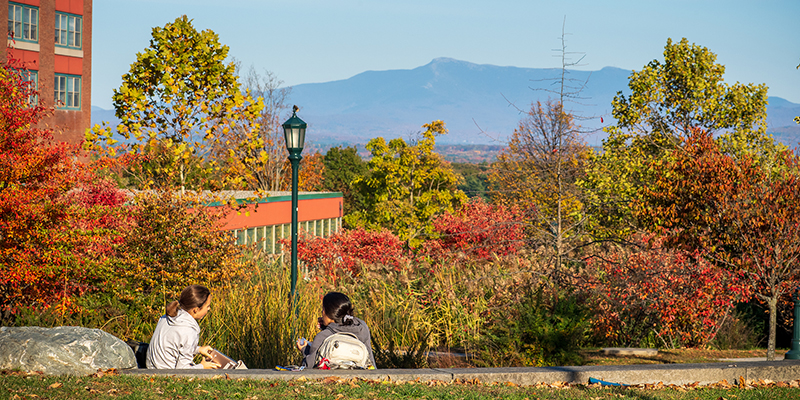 The plan for zero tuition increase is part of Garimella’s efforts to enhance the value of a UVM education. (Photo: Sally McCay)

As part of his commitment to making the University of Vermont accessible and affordable, UVM president Suresh Garimella announced today that tuition for the academic year beginning in fall 2020 would not increase over 2019 levels.

“Student loan debt is the second highest category of consumer debt—second only to mortgage debt and higher than credit card debt. Funding a college education is one of the very largest expenditures families face in the United States,” Garimella said. “Forty-four million borrowers owe $1.6 trillion in student loan debt. Yet, education is increasingly important to future success. It’s critical that we do everything we can to address the pressures that families and individuals face in their effort to achieve their educational goals.”

Garimella said the university has kept tuition increases at modest levels in recent years and commits over $160 million in grants, scholarships and tuition remission every year, enabling 44 percent of Vermonters to attend UVM tuition-free.

The university has seen a steady rise in its four-year graduation rate, which now ranks in the top six percent of public universities nationally. Garimella said the university will work hard to further increase its already enviable graduation rate as another cost-cutting strategy for students and their families. Timely graduation decreases the overall cost of a degree and enables students to join the work force earlier.

“Despite that solid record,” he said, “we need to do even more.”

The zero tuition increase is part of Garimella’s efforts to enhance the value of a UVM education.

Half of the value equation is educational quality, he said, an area the university has devoted thought and resources to in recent years, creating new courses, expanding experiential learning opportunities, investing in student advising and career counseling and continuing to recruit top teacher-scholars, trends that will accelerate during his presidency.

Cost is the other half of the value ratio, an area today’s announcement addresses.

“Relying on annual tuition increases, even modest ones, is not sustainable,” Garimella said. “As we move forward, we will focus intently on all the ways the university can generate additional revenue to relieve the pressure on tuition.”

Garimella cited a number of sources where the university could find new revenue, including private philanthropy; improved retention of current students; increased graduate and summer enrollments; expansion of flexible and online course offerings geared to adults and non-traditional learners in Vermont and around the world; enhancing graduate, post-doc and undergraduate research support through grants from the federal government and other sources and through partnerships with private industry; and supporting more students transferring to UVM from other colleges.

“Our recently completed capital campaign, which exceeded its $500 million goal by $80 million, is evidence that we can be successful in finding new non-tuition sources of revenue,” he said.

In addition to benefiting students and families, Garimella said that enhancing UVM’s value will position the university well in the intensely competitive higher education market and act as a talent magnet for both in-state and out-of-state students. Sixty-nine percent of Vermont resident students and thirty-one percent of nonresident students choose to stay in Vermont after graduation, helping address the state’s workforce challenge.

“The relentless rise in tuition over the last several decades has placed an unsustainable burden on students and their families,” said David Daigle, chair of the UVM board. “Our board is fully supportive of this objective as it will immediately reduce this burden and sends an important signal that the university is committed to affordability and accessibility. We look forward to working with the administration on formal board approval next semester.”

“Affordability is a top priority for students,” said Jillian Scannell, president of UVM’s Student Government Association. “We applaud the administration’s effort to contain costs and help keep the university accessible for all.”

“We’re proud of the role faculty play in preparing our students to be informed citizens and to have successful careers after graduation,” said Thomas Chittenden, president of the Faculty Senate. “But these benefits have to come at an affordable cost. I support UVM’s decision to make accessibility and affordability top priorities.”

The board of trustees will officially set tuition rates when it meets during spring semester. Once approved, a tuition freeze would apply to new and returning in-state and out-of-state students enrolling at the university in the fall of 2020. It also would apply to graduate students.

Watch highlights from President Garimella's remarks at the campus announcement: