Largest study of its kind—62 sites worldwide—finds that in most cases economic value is higher when nature is protected or restored, rather than converted 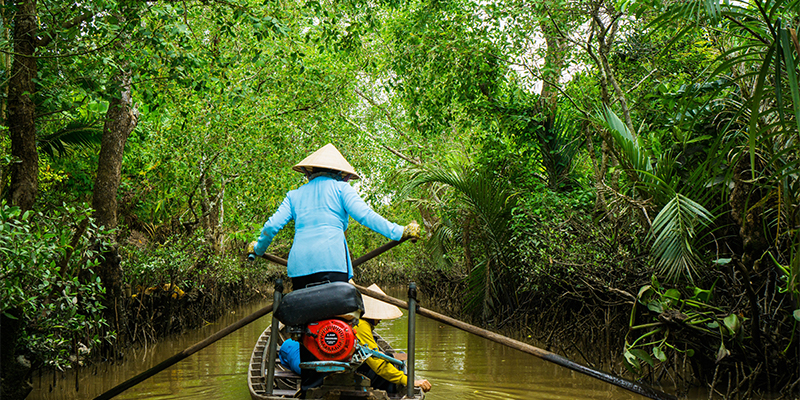 The economic benefits of conserving or restoring natural sites “outweigh” the profit potential of converting them for intensive human use, according to the largest-ever study comparing the value of protecting nature at particular locations with that of exploiting it.

Researchers from the University of Vermont, the University of Cambridge and other institutions analyzed dozens of sites – from Kenya to Fiji and China to the UK across six continents. The study was published in Nature Sustainability.

The scientists calculated the monetary worth of each site’s “ecosystem services” such as carbon storage and flood protection, as well as likely dividends from converting it for production of goods such as crops and timber.

The team initially concentrated on 24 sites and compared their “nature-focused” and “alternative” states by working out the annual net value of a range of goods and services for each site under each state, then projected the data over the next 50 years.

“This is another study that shows when we consider wider values and a broader set of stakeholders, the decision to convert natural habitats looks like a bad idea,” says co-author Brendan Fisher of the University of Vermont. “We provide data from all over the world that suggests further conversion of natural habitats is uneconomic, meaning an economic decision that results in a net loss of welfare.”

A major economic benefit of nature comes from its regulation of the greenhouse gases driving climate change, including the sequestration of carbon. Assuming each tonne of carbon carries a cost of $31 to global society – a sum many scientists consider conservative – then over 70% of the sites have greater monetary value as nature, including 100% of forest sites. If carbon is assigned the paltry cost of $5 a tonne, 60% of the sites still provide greater economic benefit when unconverted or restored to natural habitats.

“Stemming biodiversity loss is a vital goal in itself, but nature also fundamentally underpins human wellbeing,” said lead author Richard Bradbury from the Royal Society for the Protection of Birds, and University of Cambridge honorary fellow. “We need nature-related financial disclosure, and incentives for nature-focused land management, whether through taxes and regulation or subsidies for ecosystem services.”

Andrew Balmford of the University of Cambridge, a Global Affiliate of UVM’s Gund Institute for Environment, said: “Current rates of habitat conversion are driving a species extinction crisis unlike anything in human history.”

The findings come just weeks after the Dasgupta Review, a landmark report calling for the value of biodiversity to be placed at the heart of global economics.

Balmford added: “Even if you are only interested in dollars and cents, we can see that conserving and restoring nature is now very often the best bet for human prosperity. The findings echo at an operational scale the overall conclusions drawn by the Dasgupta Review.”

A decade ago, the scientists devised TESSA (Toolkit for Ecosystem Service Site-based Assessment) enabling users to measure and, where possible, assign monetary values to services provided by sites – clean water, nature-based recreation, crop pollination, and so on – and when it is converted for farming or other human uses.

The new study synthesizes results from 62 applications of TESSA around the world: 24 sites with relatively detailed economic data, and a further 38 with enough data to gauge whether services would increase or decrease following conversion of the site.

Most sites were either forest or wetland. For natural habitats, researchers looked at similar near-by locations where conversion had occurred, and compared economic outputs – including those driving the conversion – in both areas. At sites already “modified” by humans, existing outputs were compared to the value if the site was restored to nature.

For example, scientists using TESSA discovered that if Nepal’s Shivapuri-Nagarjun National Park lost its protection and was converted from forest to farmland, it would cut carbon storage by 60% and reduce water quality by 88%, along with other costs, leaving an $11m a year deficit.

TESSA also revealed that Hesketh Out Marsh – a saltmarsh near Preston, UK – is worth over $2000 per hectare annually in emissions mitigation alone, outweighing any forgone income from crops or grazing.

In fact, conserved or restored habitats were strongly associated with greater overall “net present value” in 75% of the 24 main sites when compared with their human-dominated alternative state.

“People mainly exploit nature to derive financial benefits. Yet in almost half of the cases we studied, human-induced exploitation subtracted rather than increased economic value,” said study co-author Kelvin Peh of Southampton University.

Results for the primary sites in the study are likely to be conservative, say scientists. Many ecosystem services were not easily evaluated economically, yet data across all 62 sites shows they were typically delivered at a much higher level by natural habitats. Taking their value into consideration would “make the economic case for conservation overwhelming.”

Study co-author Anne-Sophie Pellier from BirdLife International added: “Our results add to evidence that conserving and restoring key biodiversity areas makes sense not only to safeguard our natural heritage, but also by providing wider economic benefits to society.”

“The world has pledged to achieve 17 Sustainable Development Goals by 2030,” adds Brendan Fisher, of UVM’s Gund Institute for Environment and the Rubenstein School of Environment and Natural Resources. “This is more evidence that conserving nature can help us delivery several goals simultaneously, from climate change and biodiversity goals, to income and livelihood goals.”

Fred Lewsey & Basil Waugh
'This is another study that shows when we consider wider values and a broader set of stakeholders, the decision to convert natural habitats looks like a bad idea.' 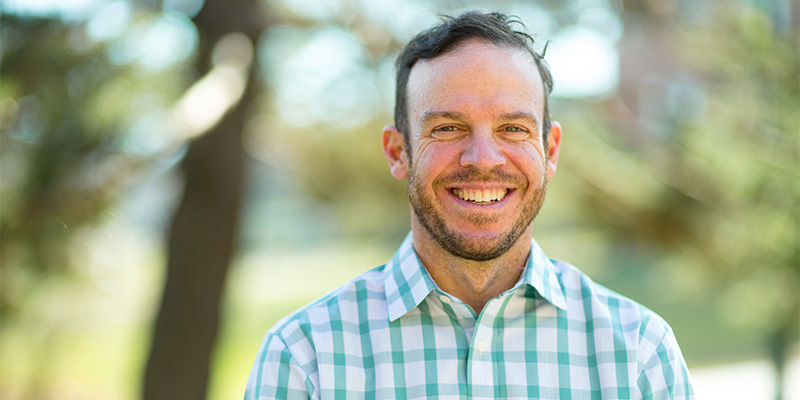