Join acclaimed environmental historian Bathsheba Demuth for a conversation and readings from her book Floating Coast: An Environmental History of the Bering Strait on March 10 from 1-2:30 p.m.

Demuth was recently named the 2020 winner of the inaugural Eric Zencey Prize in Ecological Economics, which celebrates outstanding writing on the environmental limits of a finite planet. The award and event are co-presented by UVM’s Gund Institute for Environment and the U.S. Society of Ecological Economics.

Demuth’s book, Floating Coast, is the first comprehensive history of the Arctic land and waters between Russia, the U.S. and Canada. It explores the relationship between capitalism, communism, Arctic ecology, and indigenous peoples over 200 years.

[Register for the Zoom event.]

“Floating Coast was the unanimous choice of our judges because it brings the core principles of Ecological Economics to life through an important, timely subject and vivid, compelling writing,” said Taylor Ricketts, Director of the Gund Institute for Environment.

Named after pioneering scholar Eric Zencey (1954-2019), the Eric Zencey Prize in Ecological Economics was created in 2018 to recognize the best current affairs book or long-form journalism that advances public understanding of real-world environmental challenges using the principles of ecological economics, a field that explores the relationship between economics and Earth’s limited natural resources.

“Eric Zencey was a model of how to bring complex, important environmental concerns to a wide audience,” said Bathsheba Demuth, an environmental historian who lived with indigenous people in the region, and drew from archival sources, while writing Floating Coast. “It is humbling and inspiring to be awarded this prize in his memory, and I hope to carry on his tradition.”

Register for the Zoom event, which will include a virtual Zencey Prize award ceremony, readings from the book, and a Q&A with Demuth.

Demuth is an Assistant Professor of History & Environment and Society at Brown University and a Fellow of the Institute at Brown for Environment and Society, specializing in the United States and Russia, and in the history of energy and past climates. She has lived in and studied Arctic communities across Europe, Asia and North America.

The Eric Zencey Prize in Ecological Economics is awarded every two years. It includes a $4,000 prize, which is expected to grow over time through philanthropy. The next call for submissions will be announced in Fall 2021. 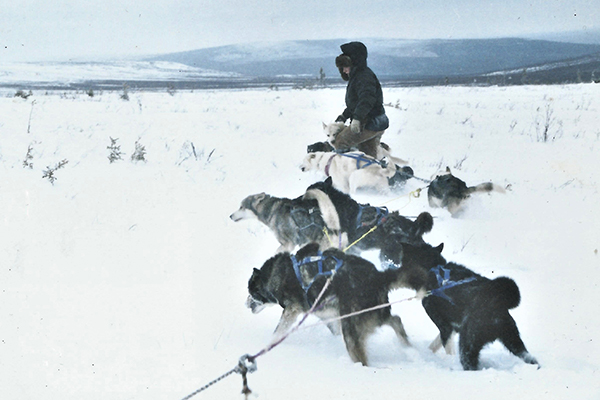 Bathsheba Demuth is an environmental historian who specializes in the Arctic, past climates, and U.S.-Russian relations.