Our project & engineering team completes between 40-80 deferred maintenance and plant renewal projects per year of varying size and scope. Sources of funds for these projects include:

Below are highlights of some recently completed projects: 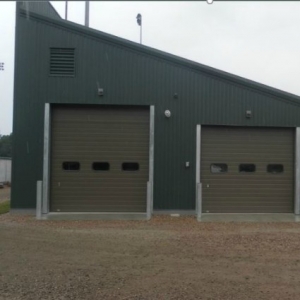 Schedule: Completed 2016
This project was a great example of creative reuse in converting the soccer bleachers at Centennial Field into a partially enclosed storage facility. The project consisted of removing all the wood bleacher seating (originally built in the 1960's), removing the lowest pier of the steel structure, and installing a new metal roof over the entire remaining structure. Half of the storage area was enclosed with an asphalt and concrete floor. The building is now utilized for storage of equipment for the Physical Plant grounds and electrical crews. 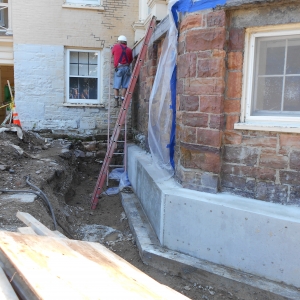 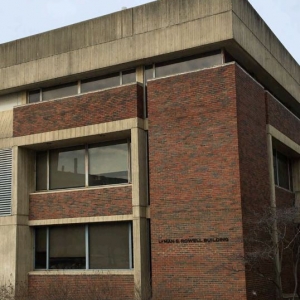 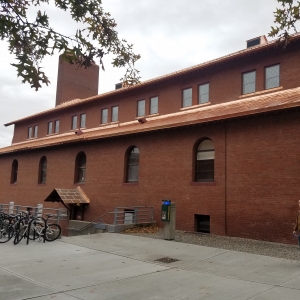 Schedule: Completed Summer 2018
This project involved replacing the upper and lower asphalt shingle roof with a standing seem copper roof.  Additionally, the brick was cleaned with an historic wash and the mortar was repointed. Some brick was replaced in designated areas, along with replacing storm windows with new more-efficient storm windows. This project improved the building envelope and provided a much needed facelift to this historic gem in the center of campus. 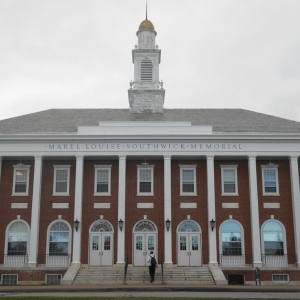 Schedule:  Summer 2015 & 2016 Completed
The project entailed a two-phased approach for a large amount of deferred maintenanced. During the first phase, the work included the restoration of a historic wooden cupola that was severely deteriorated; replacement of the slate roof, repair of the ridge lines and valleys of the main level roofing system, and also replacement of one of the two flat roof areas; repair to the westerly elevation consisting of the granite stairwell and front porch; replacement of the sidewalks in the Courtyard and the north exterior stairwell; replacement of carpet in the Recital Hall lobby, and also the installation of new lighting fixtures in the Recital Hall.

The second phase included lighting in the recital hall, window restoration, replacement of the southwest flat roof with balustrades, and the replacement of the historic main entry doors. Additional work included the upgrade of Southwick's electrical infrastructure, based on electrical deficiencies, code violations and life safety concerns determined during an Arc Flash Study. 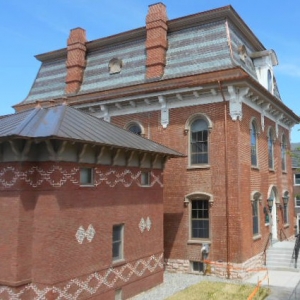 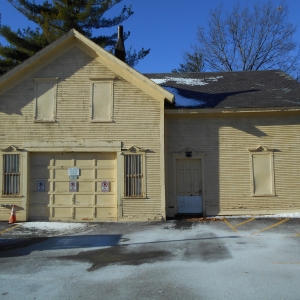