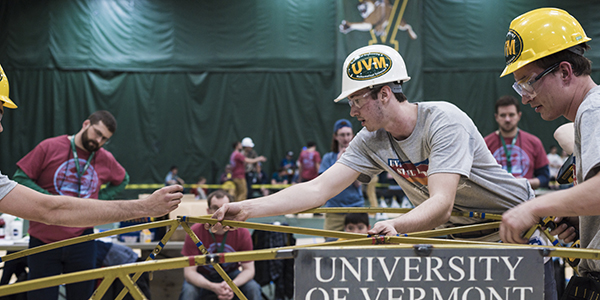 Photo Gallery and Video from the Competition

Patrick Gymnasium has hosted plenty of competition in the past 55 years — but nothing like the one staged April 27 to 29, 2018. Instead of gym shorts and sneakers, there were jeans, hard hats and boots as 20 teams from schools around New England scuttled around the space with trusses and beams as they fought for points and rankings.

“At the beginning I was a little reluctant, wondering if they would be able to handle this huge responsibility but they proved I was wrong,” says faculty advisor Priyantha Wijesinghe. “They handled it perfectly. I’m so proud of them — every single step, every aspect of the conference, starting with booking, and preparing all the schedules and the food, and organizing the events, they took the lead.”

As Allard explains, the purpose of the contest, founded 25 years ago by Bob Shaw, is to build the most lightweight and durable steel bridge in a short amount of time. Not too long ago, these miniature bridges weighed a half-ton upon completion; today, they weigh less than 100 pounds. Before the building, however, comes the planning. “We’re students, we’re busy; a lot of us are in our senior year,” says Allard. “Taking the time out of every day to design, and to plan the conference, was a huge deal.”

Another aspect, adds Ameden, was getting the younger students involved so they can learn how to take drawings and make it real life.

“The biggest draw of the competition is the professionalism that comes from it,” says Allard. “We learn how do to things as engineers in school — we learn how to punch numbers, but this way we learn how to put it in practice, learn by doing. Getting the underclassmen involved and making mistakes is the best way to learn.”

While UVM slipped into fifth place, bested by Laval University the University of Connecticut, the University of New Brunswick and Northeastern University, the event was a success. Allard’s professional relationships earned him a job while the entire team was able to leverage volunteer opportunities at Vermont elementary and middle schools. “Developing these relationships was very rewarding,” says Ameden. “And an experience you don’t get anywhere else.” 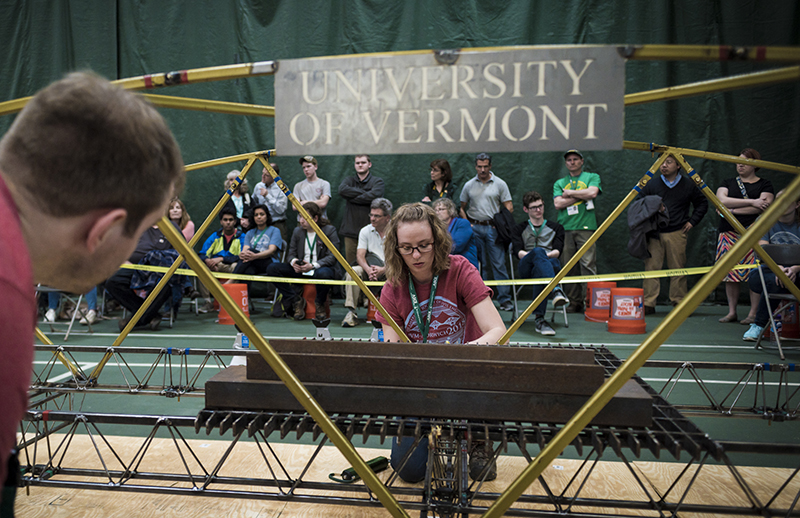 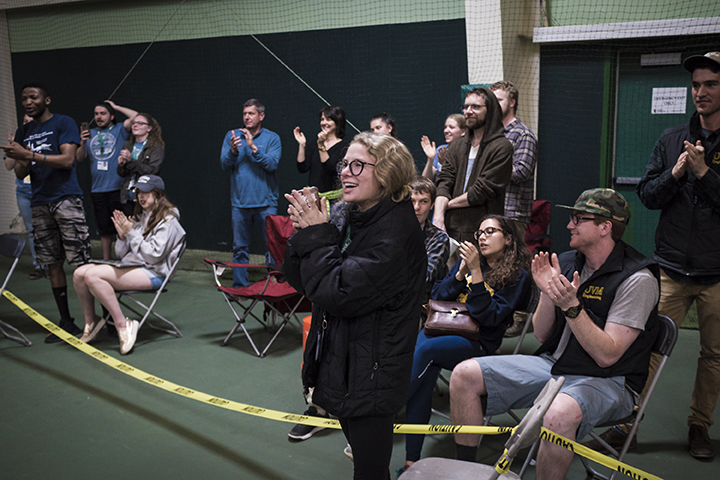