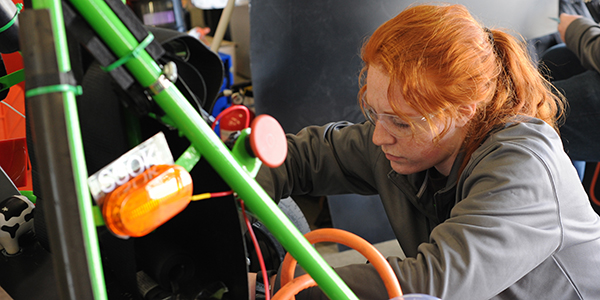 One look at the 178-page rulebook for the 2018 Formula Hybrid Competition at Dartmouth’s Thayer School of Engineering, and you understand that designing, building and racing a vehicle from the ground up is one serious undertaking.

It’s also one that UVM’s Alternative Energy Racing Organization (AERO) recently handled with aplomb, as the team took third-place in the event held from April 30 to May 3 at the New Hampshire Motor Speedway.

Among the team members was Jack Zimmerman ’18, who chose to study at UVM specifically because of its participation in Formula Hybrid racecar building.

“UVM had a relatively small team,” says Zimmerman. “But as I started to get to know the people on the team during my freshman year, I learned that AERO consistently punched above their weight and routinely beat other, larger and much better funded teams at Formula Hybrid, such as Princeton, Dartmouth, Yale, Georgia Tech.”

This is the 11th year that UVM has competed at Formula Hybrid (which had its inaugural event in 2007), and the third year that the team has entered the electric class. Each school spends months preparing for the competition, submitting spreadsheets and project management plans in October and November and meeting a series of deadlines leading up to April.

“Building racecars from a blank screen in Solidworks and one piece of steel is always a monumental challenge,” says Zimmerman. “Other challenges are finding the drive to keep going after the car catastrophically breaks for the second time in a week; working with different people and personalities; and time management.”

The payoff, however, is the fun and the applied theory that comes from working together and then competing at the Speedway. Judges evaluate entries on design and technical aspects such as a tip test, among others, before the racecars hit the track for autocross, acceleration and a 22-kilometer endurance event.

“Driving the car is what it’s really all about,” says Zimmerman, who comes out of AERO with more technical knowledge, personal skills and real-world experience to be better prepared for engineering careers.

“This is some of the most practical experience that students will get,” says faculty advisor Dustin Rand. “Students build with their hands and test it, and being part of AERO means you graduate with a set of skills that your peers don’t have.” 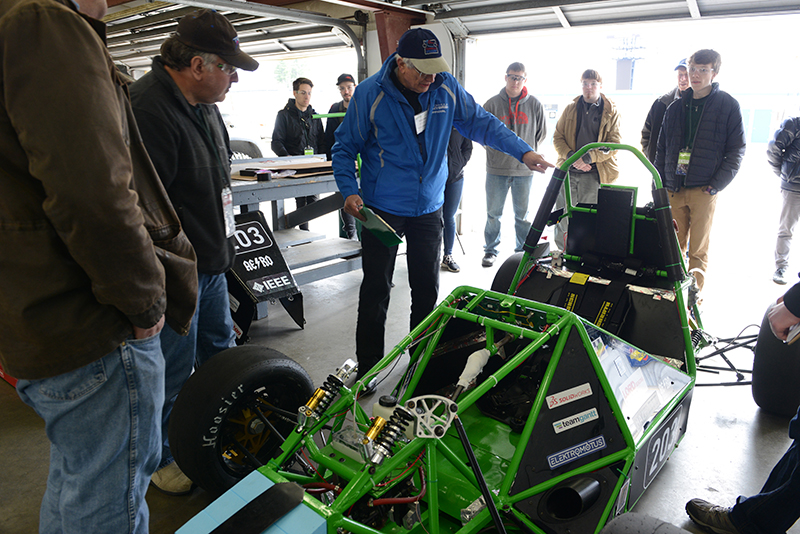 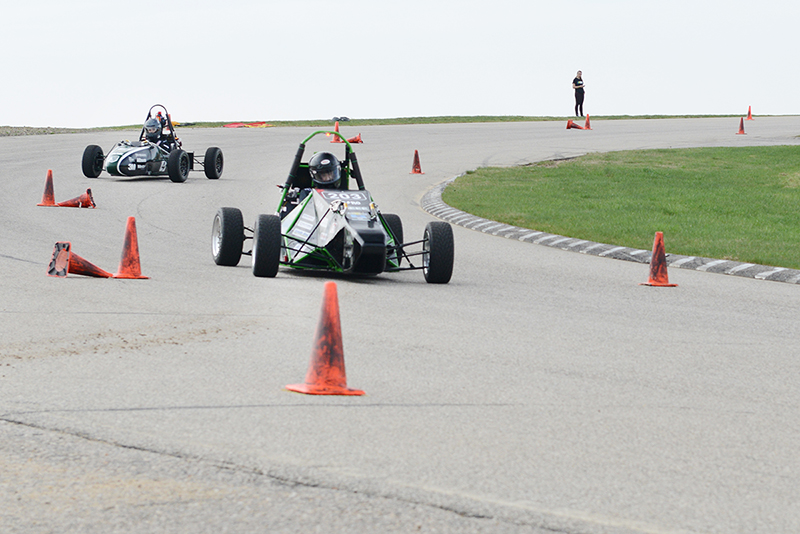