As an educator, Ray Vega has conducted master classes in trumpet performance, jazz improvisation, brass performance techniques and afro-caribbean jazz at many schools and organizations including, but not limited to: Manhattan School of Music, The Kennedy Center in Washington, DC, The Music Advancement Program at the Julliard School, The New School in NYC, Cincinnati Conservatory of Music, University of the Arts in Philadelphia, University of North Carolina at Chapel Hill, Notre Dame University/Lebanon. He has also served as Artist in Residence for the Flynn Arts Latin Jazz here in Burlington (2003 through the present).

In 2015, the University of Vermont honored him with the distinguished title of University Scholar for 2015-2016. He was the first creative in the history of the university to receive this high honor.

"(Ray Vega's) creating a very, very valuable bridge from the classroom to the bandstand... That's the magic that Ray brings. He transcends academia and makes it real." — Todd Coolman, renowned bassist and jazz educator. 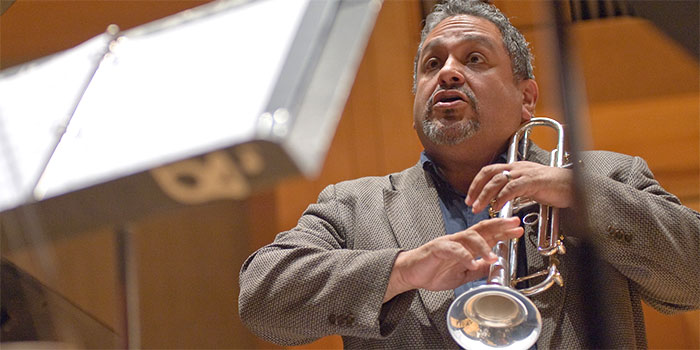