Cellist Emily Taubl has been called “an outstanding cellist with a bright future” (Hartford Courant), and her playing has been described as “sheer poetry” (Rutland Herald). She currently serves as the Principal Cellist of the Springfield Symphony (MA), on the faculty of the University of Vermont, and maintains a busy schedule of solo, chamber music, and orchestral performances.

In addition to teaching at the University of Vermont, Emily founded and directs the Conservatory Audition Workshop – an annual summer program that prepares top string students from around the world for auditions at elite music schools. Her articles about audition preparation and pedagogy been published in Strings Magazine on several occasions. Additionally, she has served on the faculties of Middlebury College, the Faulkner Chamber Music Festival, the Apple Hill Center for Chamber Music, and the Lyra Music Festival.

Having studied at the Juilliard School, Yale School of Music and the New England Conservatory, her major teachers include Paul Katz, Aldo Parisot, and Ardyth Alton. Emily is based in Burlington, VT and performs on a cello made by Tetsuo Matsuda in 1984. 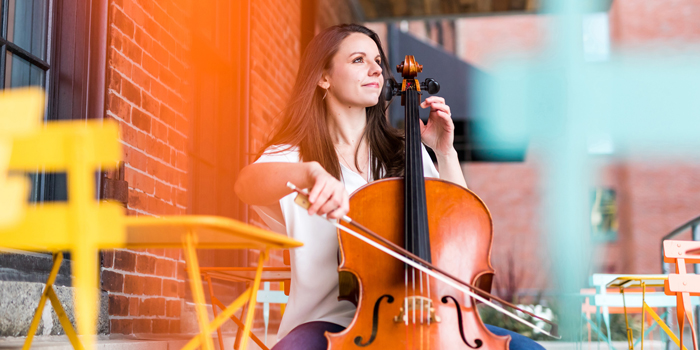