Greg Bottoms joined the faculty in 2003 as the first creative writing professor to specialize in creative nonfiction. His background is in both written journalism (his undergraduate concentration within an English major) and fiction writing, which he studied as a graduate student in the MFA program at the University of Virginia from 1996-98 as a Henry Hoyns Fellow.

After graduate school, and before beginning his teaching career, he worked as a journalist, critic, and editor. He is the author of the acclaimed memoir Angelhead: My Brother’s Descent into Madness; two nonfiction narratives about American religious self-taught artists, The Colorful Apocalypse: Journeys in Outsider Art and Spiritual American Trash: Portraits from the Margins of Art and Faith; and four genre-blurring, lyrical prose collections that experiment with form and shift between fiction, memoir, documentary, and prose poetry: Sentimental, Heartbroken Rednecks, Fight Scenes, Swallowing the Past, and Pitiful Criminals. Acclaim for his books includes an Esquire “Book of the Year,” a Booksense pick from independent booksellers, a “Top Indie Fiction” pick from Library Journal, and longlist recognition from the Frank O’Connor Short Story Award (Ireland) and the Story Prize (U.S.). His shorter works—essays, memoirs, short stories, literary journalism, and cultural criticism—have appeared in many of the leading literary magazines and journals in the U.S., including Agni, The Believer, Bookforum, Creative Nonfiction, Guernica, North American Review, Oxford American, River Teeth, Seattle Review, Shenandoah, and Witness. His writing has been widely anthologized, is regularly taught in college courses, and has been translated into Spanish, Italian, and Turkish. Two of his books, Angelhead and Fight Scenes, have been purchased for film.

Professor Bottoms teaches courses in memoir, essay, literary journalism/documentary prose, travel writing/writing place, and cross-genre courses in which students focus on the fundamentals of craft across the genres of narrative nonfiction, prose poetry, and short fiction. As a teacher, he accents the fact that close, active reading and vivid, strong writing are two halves of the same creative endeavor. He believes that literary writing is indeed a teachable craft, but one that requires humility, a keen interest in human character, an inquisitive mind, a deductive approach to the social and cultural forces that shape us, a constantly deepening emotional intelligence, and a sense that language and literary art are meant, foremost, to convey truths about who we are and how we live. He was the recipient of the Dean’s Lecture Award for excellence in teaching and research in 2015.

The Colorful Apocalypse named a Favorite Book of 2007 by online magazine Stride, U.K. The Colorful Apocalypse: Journeys in Outsider Art was named a Booksense Pick by independent booksellers in the U.S. in April of 2007. Faculty Research Grant, University of Vermont, 2003-2004. Sentimental, Heartbroken Rednecks was an “Editor’s Pick” of The San Francisco Chronicle and a “Favorite Book” of The Hartford Courant in 2001. Angelhead was named a “Book of the Year” and listed as one of the five best works of nonfiction of 2000 by Esquire Magazine.   1997-98 Individual Artist Fellowship in Fiction from the Virginia Commission for the Arts. Henry Hoyns Fellowship in Fiction, University of Virginia, 1996-98. Tennessee Williams Scholarship in Fiction, Sewanee Writers' Conference, 1997. University Academic Honors Fellowship, Old Dominion University, 1995-96. 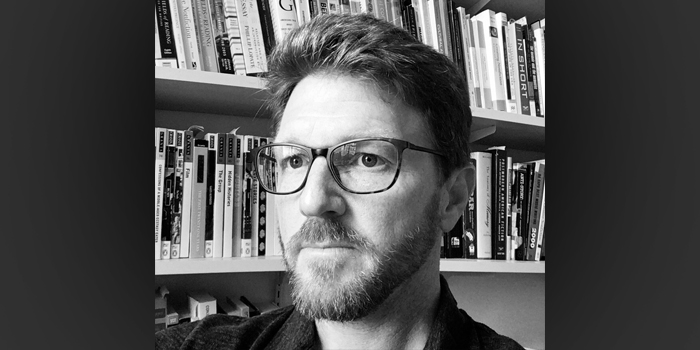