Daniel Lusk is author of five poetry collections, a memoir, and other books.  Winner of a 2016 Pushcart Prize and other awards, he has been a Resident Fellow at Yaddo (Saratoga Springs, New York) and at The MacDowell Colony (Peterborough, New Hampshire).

Widely known for his teaching, Daniel has been a Visiting Poet at Stranmillis University College-Queens (Belfast, Northern Ireland), The Frost Place (Franconia, NH) and Writer-in-Residence at Juniata College (Huntingdon, PA). Among a generation of younger poets recruited to the National Endowment for the Arts Poets-in-the-Schools Program, during the 1970s and ‘80s, Daniel taught poetry writing workshops for children and teachers in more than 150 schools in South Dakota, Wyoming, Montana, New York, New Jersey, Delaware, and Pennsylvania, helping, together with his landmark Homemade Poems: A Handbook, to launch a poetry renaissance in the U.S.

Daniel’s weekly commentary series on books for National Public Radio (“Off the Wall”) was syndicated to 160 affiliated stations (1978-83) and his book reviews have appeared in The Philadelphia Inquirer, Chicago Sun-Times, and other media.

His poems, stories and essays have appeared in New Letters, Poetry Ireland Review, North American Review, Poetry, Prairie Schooner, The Iowa Review, The Southern Poetry Review, American Poetry Review, Markings (Scotland), and 180 More: Extraordinary Poems for Every Day (Billy Collins, Editor), and many other literary journals and anthologies. His most recent art and poetry collection—The Vermeer Suite (Wind Ridge, 2015)—features 18 poems based on masterpieces of 17th Century Dutch painter Johannes Vermeer, with images of the paintings that inspired them. A new collection, The Shower Scene from Hamlet, is scheduled for publication in Spring 2017 by Salmon Poetry, Ireland.

Daniel has conducted workshops for students of all ages and master classes for teachers in more than 200 schools and colleges across the nation. He has presented readings at the Foger Shakespeare Library, the Smithsonian, and the Renwick Gallery (Washington, D.C.), The Frost Place (Franconia, NH), and state universities of Missouri, Wisconsin, Oklahoma, Wyoming, Montana, Delaware, South Dakota and Vermont. Readings and residencies abroad include Eigse Carlow Festival, Ireland; Osnabruck; Germany; Prague; The Czech Republic; and Belfast; Northern Ireland.

Weekly reviews and commentaries on books were syndicated for broadcast on National Public Radio, and have appeared in The Philadelphia Inquirer, and Chicago Sun-Times. He has been awarded literary fellowships from the Vermont Arts Council, Vermont Arts Endowment and Pennsylvania Council on the Arts, as well as residencies at Yaddo and The MacDowell Colony. In 2009 he received an innovative research grant from UVM. 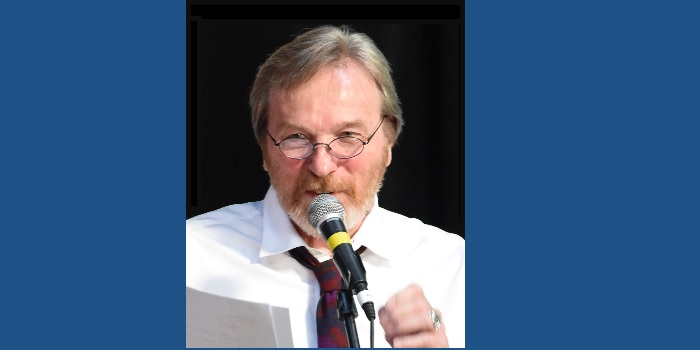