Securing Clean Water for All 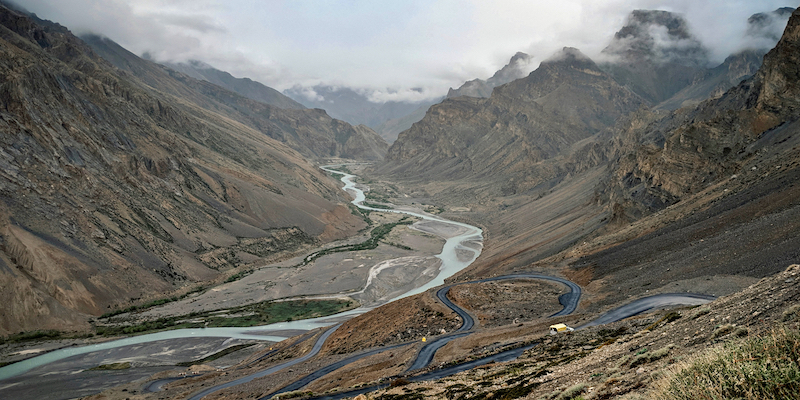 Flowing through India and Pakistan, the Chenab River is part of the Indus River Basin, one of three major regions where UVM professor Asim Zia is working to improve transboundary collaboration and access to clean water. (Photo: Mohit Tomar)

Water scarcity has been a source of regional conflict and wars throughout human history. As the world’s fresh water becomes increasingly scarce due to accelerating climate change, cooperation among countries, regions and villages who share water resources across borders will be critical to ensuring an equitable distribution of water.

UVM’s Asim Zia has made it his mission to address this global challenge through environmental diplomacy and grassroots organizing. Zia was recently awarded a Fulbright Global Scholar Award from the U.S. Department of State to spearhead a project to identify scientific, technological and policy solutions for ensuring clean water across three transboundary river basins – the Indus, Jordan and Amazon Basins – which collectively sustain more than 237 million people in the bordering countries.

“Fresh water is critical for health, the production of food and energy,” said Zia, professor of public policy in the Department of Community Development and Applied Economics. “In these large-scale rivers, the actions of one upstream partner can have a significant effect on downstream populations. Because water is a limited resource, power differentials and transboundary conflict can lead to famines, migrations and water wars.” 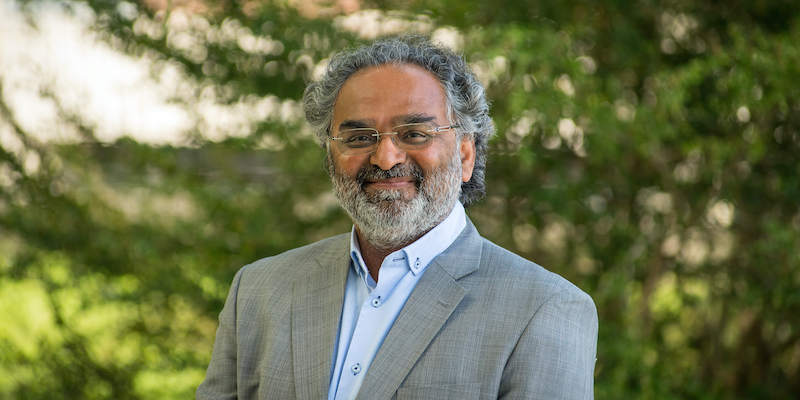 Climate-induced droughts and floods, which have become increasingly common in the Indus, Jordan and Amazon River Basins, further intensify the fight for clean water. Using an action research approach, Zia is building a network of community partners, scientific institutions and governments from across these basins to set up and agree upon principles of ecological cooperation.

“We are proud Dr. Zia is leading this work. Its potential for global impact on one of the world’s most pressing challenges is significant,” said UVM Provost Patty Prelock. “This project is one of the many ways our university researchers are working to combat the effects of climate change and ensure a sustainable future.”

As a Fulbright Scholar, Zia will spend time in Pakistan, Israel and Ecuador working at the local, national and international policy levels to improve border relations and water use practices, as well as within communities to inspire grassroots social change. A key focus will be organizing a series of environmental diplomacy meetings in each of the three regions to bring together policymakers, scientists and community organizations and to facilitate dialogue and identify shared courses for action. Of particular interest will be ensuring historically marginalized and underrepresented groups have a seat at the table.

One of the main findings from Zia’s previous research was that although these types of environmental diplomacy meetings can be fraught with identity politics and strife, people tend to come together around the issue of water quality. “It was really one of those ah-ha moments,” said Zia, referencing a 2018 diplomacy meeting with representatives from Afghanistan and Pakistan over conflict in the Indus River Basin. “Even in these highly conflicted areas, people are willing to talk to one another when it’s about water quality.”

While many international treaties, such as the existing Indus Basin Treaty, address water quantity and allocation issues, standards for water quality are often vague or altogether missing. As such, Zia will host a multi-day meeting at the United Nations Glasgow Climate Change Conference (COP 26) in November 2021 bringing together representatives from all three river basins with the goal of developing a set of global water quality standards in support of the United Nations’ Sustainable Development Goal #6, which addresses access to clean water.

On the ground, Zia will work to set up cutting-edge, cyber-secure water quality sensors across the three river basins to provide real-time water quality monitoring. The data will be made available to communities through open source apps coupled with citizen science training to inspire local community-based solutions.

The project is a culmination of Zia’s decades of experience working at the intersection of water quality, climate resilience and environmental diplomacy. Since being appointed director of the UVM Institute for Environmental Diplomacy and Security in 2013, Zia has focused more intently on water diplomacy and sustainable development, coming full circle in his academic journey that was influenced from an early age.

Growing up in a farming family in Punjab (literally "land of five rivers"), Pakistan, Zia experienced the environmental impacts of industrial pollution and water challenges first-hand. The “Green Revolution” of the 1960s brought industrial agriculture to the Indus Basin and many parts of the world, and with it, new technologies aimed at increasing agricultural production. Zia watched as his grandfather transformed his organic farm to incorporate the new industrial approaches and later pass away from bone cancer thought to have been caused by exposure to fertilizers and pesticides. Zia’s family land, as with the land of many other farmers in Punjab, had been affected by salinity due to large amounts of water being extracted for industry as opposed to irrigating agricultural land and sustaining local populations.

These experiences led him to join Pakistan’s highly competitive Civil Service where he worked in the Federal Ministry of Finance and Economic Affairs managing over $500 million annually in international multilateral and bilateral development projects relating to sustainable development, environmental conservation, energy expansion and road infrastructure. Realizing he could have a greater impact by building his own scientific capacity, Zia went on to study ecological economics and earn a PhD in environmental public policy. His postdoctoral research at the National Center for Atmospheric Research centered around helping policymakers in South Asia and sub-Saharan Africa develop climate resilience and adaptation strategies.

As a Fulbright Scholar, Zia joins a network of thousands of esteemed scholars and leaders in their fields, including 60 Nobel Prize laureates, 86 Pulitzer Prize recipients, and 37 who have served as a head of state or government. For Zia, the award serves as a catalyst to advancing water diplomacy on a global scale. Working with partners at Bennington College, Zia is building TWIN (Transboundary Water In-Cooperation Network), which aims to facilitate collaboration and cooperation among partners who share transboundary water challenges. Through the TWIN network, he hopes to expand beyond the Indus, Jordan and Amazon Basins and is already exploring collaborations in the Mekong Basin, which runs from southern China to Vietnam.

“With climate change, urbanization and globalization, access to clean water could be the greatest challenge for the sustainability of our planet. I’m very energized about this partnership and think we can make a lasting, sustainable impact,” said Zia.

Asim Zia holds a secondary academic appointment in the Department of Computer Science, is a fellow in the Gund Institute for Environment, interim director of the MPA Program, and co-director of the Social Ecological Gaming and Simulation (SEGS) lab at UVM.

Announcement from U.S. Dept of State
More news from CALS