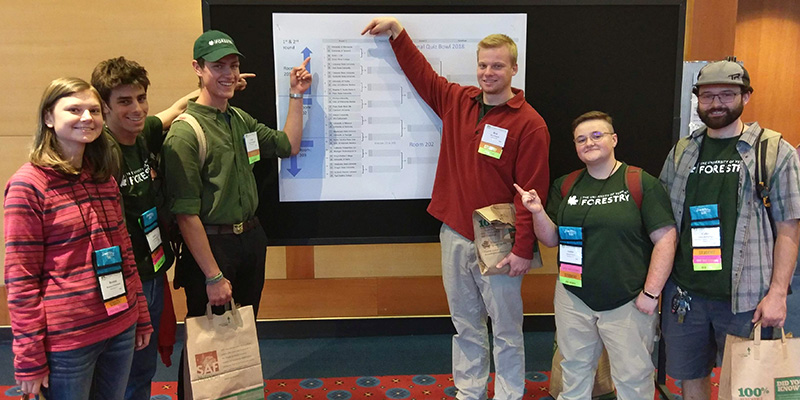 Church, Huntington, McPhillips, and Vance competed as a UVM Forestry team in the SAF Student Quiz Bowl against institutions from across the country. The UVM team went the farthest ever in its history of vying at the national level and advanced to the semifinals. Although they fell to Stephen F. Austin University in the semifinal round, the Rubenstein School students outcompeted teams from the University of Minnesota, Colorado State University, and Green River College.

“Thirty-two teams of students competed in this year’s quiz bowl,” said Luben Dimov, senior lecturer and faculty co-advisor for the UVM Student Chapter of SAF. “Our students were well-prepared and it showed — UVM Forestry was one of the four teams that made it to the semifinals.”

“It truly was a privilege to be able to represent UVM and compete alongside my fellow peers against some of the best Forestry programs in the country,” said Annie Vance, a junior Forestry major. “Just being able to compete in the National SAF Quiz Bowl is a huge honor in and of itself, let alone making it as far as the Final Four!” 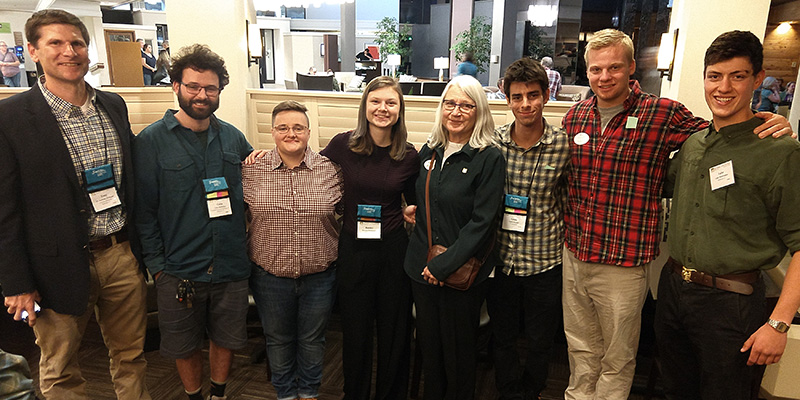 “The quiz bowl achievement was a great moment, only to be topped by meeting Gail,” said Tony D’Amato, professor, director of the Rubenstein School Forestry Program, and co-advisor for the chapter. “Gail spent time talking with our students and spoke fondly of her time as a student in Forestry at UVM. Our students had a great trip, and it was fun to see them shine out there.”

“Going to Portland and meeting Gail has been one of the highlights of my forestry career at UVM and listening to her advice was beyond helpful,” said Ben Church, a junior in the Forestry Program.

D’Amato’s first-year graduate student Jordan Luff joined the Rubenstein School contingent at the convention, where he received a national award. A recent graduate of North Carolina State University, Luff was honored with the SAF Student Leadership Award for his roles and accomplishments as a student chapter chair and district SAF representative.