New Haven’s fields and forests are home to many animals besides humans. Small animals that live in New Haven year-round, larger wildlife that travels through town, and migrating songbirds all rely on the landscape they share with humans.

Many of the large, intact habitat blocks in the New Haven area are oriented north-south, such as the Green Mountains, Hogback Mountains, and the handful of other smaller ridges and hills (see map below). The New Haven River, especially when it is frozen in the winter, is an important east-west connector between these scattered forested patches. The river can also act as an obstacle for some animals. Thus, when waterways are not frozen, some animals may use roads and bridges to cross the water. Others are able to walk or swim to the far bank. Providing water, food, and a travel corridor for many species, the rivers are a great place to

look for wildlife tracks. Tracks are especially clear a few days after a snowfall or in the mud after the spring melt has scoured the banks.

The spring-time frog chorus reminds people of all the amphibians that live in their neighborhoods, rarely seen. New Haven is home to many amphibians and reptiles. In the spring, amphibians such as wood frogs, spring peepers, and numerous salamanders migrate to their breeding grounds. These small creatures often have to cross roads, which is a perilous task for an amphibian. Citizen scientists and community volunteers in many communities, including New Haven, monitor the nocturnal amphibian migrations and help the amphibians cross roads safely. The red sections on the map below of New Haven, Bristol, and Lincoln show where roads separate wetlands and forested areas and thus where amphibians might cross roads en masse. To learn more about the amphibians that live in New Haven, explore the Vermont Herp Atlas at vtherpatlas.org. 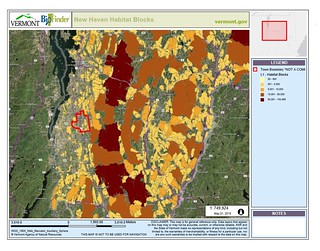 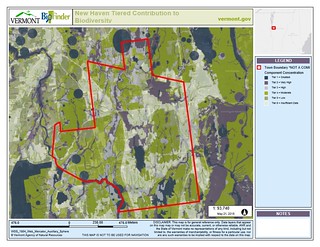 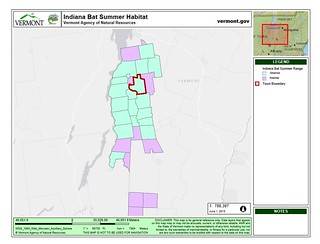 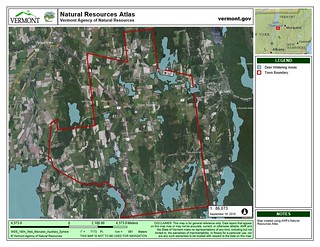