Julian Barnett is a choreographer, performer, arts advocate, and educator. He works collaboratively across disciplines to create performances that examine the social-political possibilities for transformation and empathy. Through the lenses of movement, philosophy, musicology, science, and the supernatural, Julian's research often revolves around notions of intimacy within performance and examines his own mixed-raced identity as a fulcrum for inquiry, activism, and possibility.

Julian's work has been presented throughout the US, Canada, Mexico, China, Japan, and extensively across Europe. He has created work for Hubbard Street Dance Chicago, Ormao Dance Company, and received invitations from Danspace Project, Gibney Dance, Movement Research at Judson Church, The Joyce Theater (NY), Performática (Mexico), Tangente (Montreal), Kampnagel (Hamburg), Dansehallerne (Copenhagen), La Briqueterie - CDC Val-de-Marne (France), Dansateliers (Rotterdam), La Visiva (Barcelona), Body Arts Lab (Tokyo), and the i-Dance Festival (Hong Kong), amongst others. Julian has been a Resident Artist at Springboard Danse Montreal, K3 Tanzplan Hamburg, The Joyce Theater Foundation in New York, and the Bates Dance Festival in Maine. He has received numerous awards and grants including a New York Dance and Performance 'Bessie' Award Nomination for Performance, a danceWEB scholarship through the Impulstanz Festival in Austria, and a US/Japan Creative Artist Fellowship, where he studied Butoh in Japan.

As a performer, Julian has collaborated with a wide range of dance/theater artists, working with Johannes Wieland and his Staatstheater Kassel, Lar Lubovitch, Doug Elkins, Larry Keigwin, and the Metropolitan Opera with Doug Varone. More recently he has worked with Steve Paxton, Wally Cardona, Daria Fain, Jeanine Durning, and Kota Yamazaki. Working in theater, Julian has choreographed/staged productions at the Berkshire Theater Festival, Spoleto Festival, Shakespeare Center of Los Angeles, and numerous off-Broadway venues in New York City. Julian has also acted in productions of "The Who's Tommy", "Iphegenia in Taurus" and others, as well as in the films of Celia Rowlson-Hall and Jessica Brillhart.

As an educator, Julian aims to create a culture of curiosity towards the intersections of what dance/performance is, how it can function towards social transformation, and how it can be utilized for personal growth. He has shared his practices and perspectives internationally, leading workshops at Gibney Dance in NYC, Dance Italia in Italy, B12 Festival in Berlin, Architanz in Tokyo, and as guest faculty at Princeton University, NYU Tisch, The Juilliard School, SUNY Purchase, California Institute for the Arts, Colby College, Middlebury College, and others. Born in Tokyo, Japan, Julian began breakdancing and continued his studies at NYU’s Tisch School of the Arts. He completed his MA in Choreography/Theatre Practices at ArtEZ University in The Netherlands and received his MFA in Dance from the University of the Arts in Philadelphia.

Barnett in the news 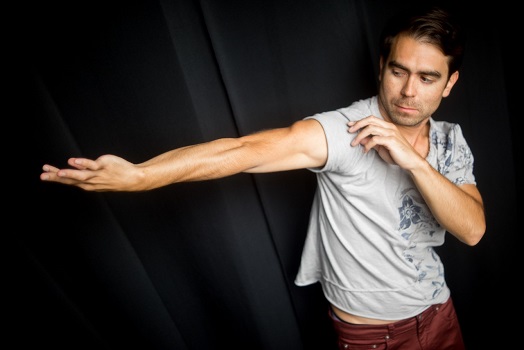 Tuesdays & Thursdays - by appointment only