Johann Robert Wood, MA/MFA (he/they) is an artist-scholar, director-deviser, and performer. He hails from his adopted home in Mississippi via Austin, NYC, Jerusalem, Orlando, Berlin, and most recently, Chicago. After ten years of professional work in regional theatre and the cruise line entertainment industry, he returned to academia to study contemporary and avant-garde theatre, Black queer studies, and devised performance practice. In addition to a BFA in Musical Theatre from Sam Houston State University, Johann holds an MA in Theatre Studies from the University of Central Florida and an MFA in Devised Performance Practice from Columbia College Chicago. His latest devised creation was a solo performance, short film – Queer Makishi, presented as part of Chicago’s Second Annual Third Mask Festival. As an Equity Actor, he received Memphis’ 2020 Ostrander’s Theatre Award for Best Lead in a Musical for his performance in the title role of Jelly’s Last Jam with Hattiloo Theatre. And he has recently returned to UCF as a guest artist to direct Christina Anderson’s How to Catch Creation.

Beyond Johann’s MA Thesis, Towards a Postdramatic Jazz Aesthetic: Per(form)ance and Its Discontents, he will make a debut publication this December with Bloomsbury Press as a chapter called “Queer Epistemologies in the Making of Queer Makishi: Visibility, Trans-position, and Devised Performance Practice". Currently, Johann is writing a psychogeographic chapter entitled: “Breaking the Spell: the Black Body, Strangeness, and Architectures of Wonder” in a Cambridge book, Drifting Through Wonderlands: The City as Performance.

Johann is currently working on a devised, interdisciplinary project based on the migration of two great grandfathers from different sides of his bi-racial family, called Grandfathered In. In this piece, Johann wrestles with queer exile and lineages of migration and juxtaposes issues of indentured servitude in Europe and religious persecution with the history of American slavery, citizenship, and post-reconstruction racism in the Deep South.

When it comes to family, Johann has two cats, Albus and Dobby, and a wonderful husband, Bryan Montozzi, whose work is to help Queer and BIPOC communities have better access to resources in education, health, and wellness. 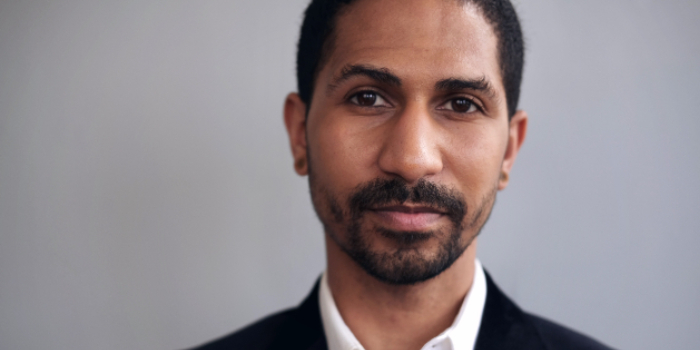