She Builds On Her UVM Past 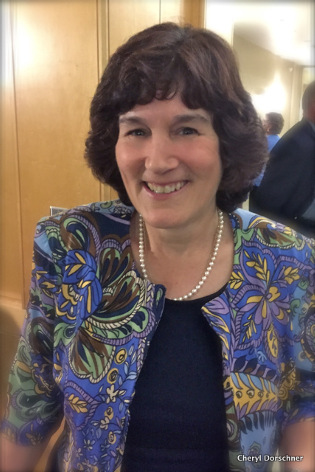 UVM College of Agriculture and Life Sciences (CALS) Dean Tom Vogelmann called it "a land-grant university trifecta" – a woman who earned her Bachelor’s degree here, returned to UVM as a faculty member for 15 highly accomplished years, and then continued to excel at two other state universities.

Speaking before a small crowd at the CALS May 9 annual alumni dinner, he also called her "a leader, a scientist and a teacher." The College had brought Karen Plaut back home from West Lafayette, Indiana to become its 2015 Outstanding Alumna.

Plaut’s amazing career is built on a solid foundation that began in UVM animal science. Her master’s degree in animal nutrition is from Penn. State University, she earned her Ph.D. in animal science from Cornell University. She completed postdoctoral studies at the National Cancer Institute in Bethesda, Maryland.

Then Plaut came back to the University of Vermont to join John Bramley’s animal science department as a rookie assistant professor, and by the time she left, she was chair and a full professor specializing, as so many do here in lactation and mammary gland biology. It was Plaut who expanded UVM animal science to include companion animals.

But in 1998, Plaut also connected to a NASA research project that led to her two-year leave to become lead scientist for NASA's Biological Research Project for the International Space Station where she tested and designed life science habitats – that truly put her in the big league.

Back at UVM, the research of Plaut, John Bramley and David Kerr, who is with us tonight, and colleagues are credited with being responsible for cloning a gene that create the first ever transgenic mastitis-resistant cow. It made world news and magazine covers. Their work was not only a marvel of basic science but important for agriculture, food production and oncology.

Karen Plaut left UVM in 2005 to become chair of animal science at Michigan State University in East Lansing for five years. There she led 50 tenure-track specialists and 200 employees, about 500 students, and 7 campus farms. Among many credits, she was known for hiring 75 percent women and minorities, charting faculty development, managing the bargaining team for the first faculty union, reducing expenses, increasing endowments and gifts and expanding the farms.

In 2010 she became Associate Dean and Director of Purdue University’s Agricultural Research Today she supervises more than 300 faculty members who conduct $80 million of research. She is also affiliated with Purdue’s Colleges of Veterinary Medicine and Health and Human Services. She continues to hone her leadership skills in the same areas and conduct her own research.

Over her career her own research has attracted more than $4 million in funding from the likes of the National Science Foundation, USDA and of course NASA. She is also a formidable teacher, advisor and administrative leader.

Vogelmann reflected, "I think we always had extremely high hopes for Karen Plaut, but we feel as John Bramley said recently, 'However, I never dreamed what a star she would become and the accomplishments that would follow.'"

Plaut long ago earned CALS’ top awards including the Vogelmann research and Carrigan teaching awards. She was CALS' first ever New Achiever Award winner in 1996. She now can add to her trophy shelf, the University of Vermont College of Agriculture and Life Sciences Outstanding Alumna Award. 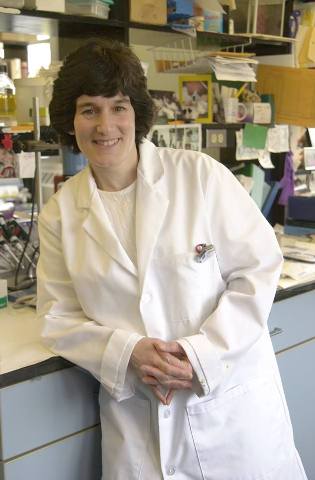 Back in the day, the former chair of animal science in the Karen Plaut lab at UVM in the early 2000s.