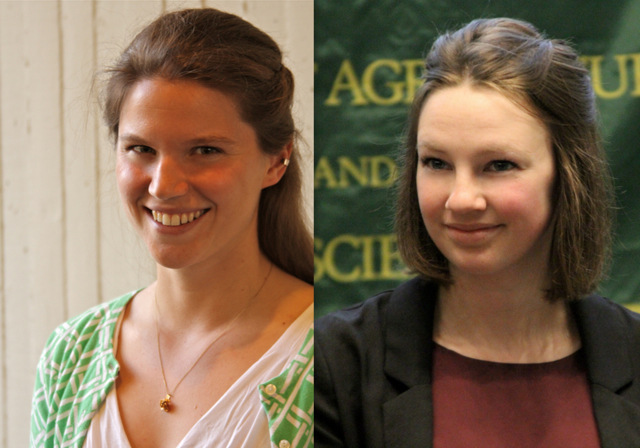 Scholars, scientists and community servants received recognition. Phi Beta Kappa’s got the handshake. Mortar Board Awardees went to the head of the classroom, and department chairs lauded their best and brightest at UVM’s College of Agriculture and Life Sciences (CALS) two and a half-hour Honors Day ceremony on April 17. Students, families, staff and faculty gathered in Carpenter Auditorium on the University of Vermont campus to applaud 82 undergraduates receiving 40 awards.

Honors Day primarily recognizes students according to their majors, however, the top awards are College- and University-wide accolades.

Lauren Donnelly received the Alexander Kende Academic Merit Award, which honors the achievements of a second‑semester junior CALS student for academic excellence and interest in medicine or bio‑medical research, in memory of alumnus Alex Kende.

Eighteen students received certificates for their distinguished undergraduate research that was performed above and beyond pursuing their regular course of study. They are:

Samantha D’Amico, “Staphylococci Phenotypes and Genotypes are Associated with Different Sources on a Dairy Farm,” in John Barlow’s lab.

Korin Eckstrom, “Evaluating the Use of cDNA Amplicon Next-Generation Sequencing in The Identification of Bovine Major Histocompatibility Complex (MHC) Class I Molecules: A Comparison of Current Platforms” in the John Barlow laboratory.

Emily Egolf, “Delineating The Effects of Pasture Diversity on The Fatty Acid Composition of Bovine Milk,” in Jana Kraft’s lab.

Samantha Monck, “Reliability of Whole Blood as a Means for Monitoring LPS Response in Bovines: A Comparison to the Use of Fibroblasts and Blood Monocytes,” led by David Kerr.

Allison Schrenzel, “Knowledge Retention Over a Two-Year Period Following Completion of an Online Course on the Science of Energy Balance,” led by Stephen Pintauro.

Chairs from CALS’ nine departments and programs presented scholarships and honors in their areas.

Twenty-one students were tagged as future leaders by the American Society of Animal Science. They are:

Hira Haq received the Edward Bresnick Award for academics and research and named after a founder of the Vermont Cancer Center.

Asa Hunt earned the Senior Excellence Award because he demonstrates breadth and depth in coursework, participation in activities and passion for biological sciences.

Graduating seniors with the highest scholastic grade-point average each major are:

Madeline Cotter was honored as the top graduating senior in the Environmental Program.

Katherine Brewer, Amalia Smith-Hale and Jacob Suissa shared the American Society for Horticultural Science Collegiate Scholars Awards for being in the top 15 percent in their class.

And Cubins didn’t share with anyone the Agronomy, Soils and Sustainable Agriculture Senior Recognition.

Donald Keith III took the James E. Ludlow Endowed Scholarship all by himself.

In addition, 49 new students were inducted into the Green Mountain Chapter of Alpha Zeta, the professional service and honorary agricultural society. 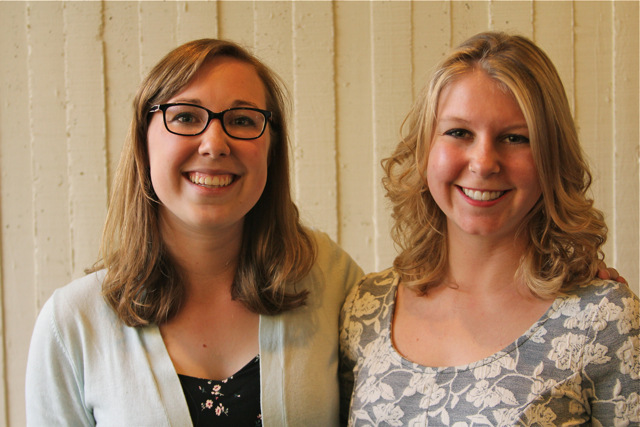 Among the recipients of UVM's 2015 Mortar Board Award, from CALS are Samantha Monck, left, Lisa Novinsky, and, not pictured, Lillian Rogers. 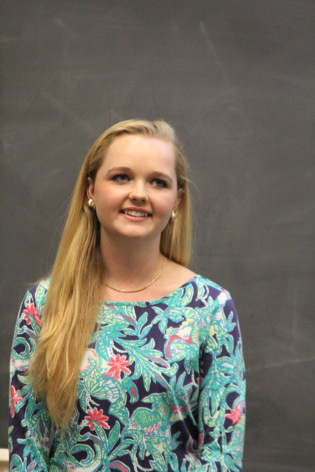