For carbon storage, biodiversity can help – or hurt 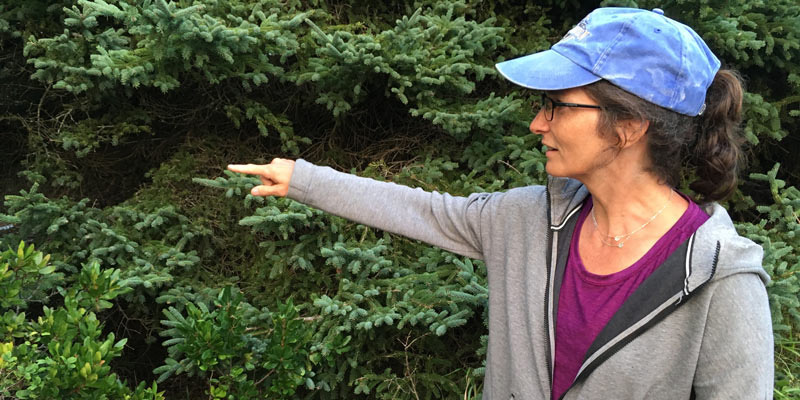 By analyzing stores of carbon in temperate and boreal forests, researchers found that tree diversity does influence the amount of carbon stored in a given part of an ecosystem. But in a departure from some recent studies, researchers found biodiversity’s role was relatively small when compared to other forest traits and environmental factors – and even can decrease carbon storage in some cases.

The research team, led by Carol Adair of the University of Vermont and David Hooper of Western Washington University, found that climate, site topography, time since fire, and characteristics of the tree species in each plot explained most of the variation in forest carbon storage across temperate and boreal forests in Québec, Canada. Alain Paquette of Université du Québec à Montréal and Bruce Hungate of Northern Arizona University co-authored the study.

The impacts of tree diversity on carbon storage were not trivial. It increased live tree carbon storage by up to 20 megagrams per hectare (Mg C per hectare), about one-third of the live tree carbon in an average forest (13% of total C) – or equal to the carbon in 8,500 gallons of gasoline. However, other factors had a much larger impact. For example, going from well- to poorly-drained sites increased the amount of carbon in undecomposed organic matter (leaves, twigs and branches) on the forest floor in an average forest by more than 400%.

“These new findings indicate that ecosystem scientists should shift away from treating biodiversity as an assumed amplifier of key ecosystem services like carbon storage, and instead treat it as a subset of factors that influence such services,” says Carol Adair of the University of Vermont’s Rubenstein School of Environment and Natural Resources and Gund Institute for Environment.

Instead of manipulating diversity in experimental plots in one location with a single soil type and climate, as some recent biodiversity studies have done, Adair and her team reviewed decades’ worth of data collected from thousands of forest plots in Québec through the prism of a different question: what state factors and interactive controls affect carbon storage, and how important is species diversity among that suite of variables?

The well-inventoried Québec forests offered a trove of data to work with: the number of tree species, how many of each, and how big the trees in each plot were had all been documented. Scientists had counted how many trees were alive, or dead, and how much dead tree matter had accumulated on the surface of the soil. The researchers also analyzed climate, local topography and soil drainage, and when the last fire had swept through each plot.

Using a technique called structural equation modeling, which calculates the likelihood and strength of different causal relationships, the research team evaluated how different factors could explain the total amount of carbon in the plots. 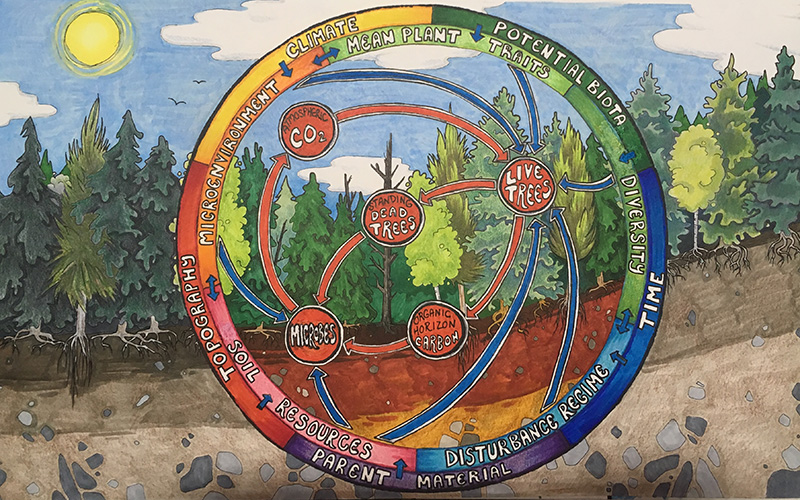 “This study is among the first to explicitly compare the effects of environmental factors with biodiversity in ecosystems outside of experimental plots,” says David Hooper of Western Washington University. “The study also helps to integrate diversity – a relatively recent consideration as an ecosystem driver, with these other well-known factors. By integrating biodiversity into such a framework, ecologists can better ask when, where, why and how much diversity matters for ecosystem services that benefit society.”

“Forest managers can focus on facets of tree diversity to increase live tree carbon, while acknowledging that a warming or drying climate may have much larger impacts,” the researchers add. For example, if swampy forests become warm and dry, they could release three times as much carbon to the atmosphere from the soil as is stored in the trees alone in an average forest.