A New Frontier in Environmental Cuisine Comes to UVM 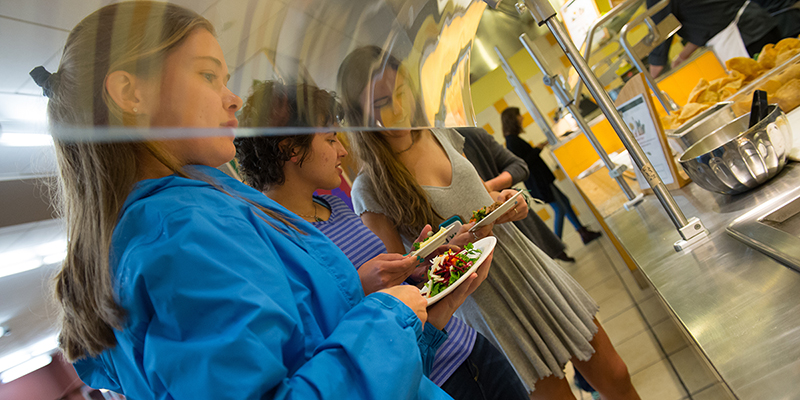 Students arrived at a UVM dining hall on a recent Tuesday evening, and, like any other night, they perused the offerings and returned to their tables with small plates. They sat with their friends, chatted about classes, and laughed, but this was no ordinary meal. Every dish shared a common element: they each featured an invasive species as a primary ingredient.

Every dish was a hit.

“I’m impressed by how much people are willing to try,” said Joe Roman, a conservation ecologist and research associate professor at UVM, whose work provided the inspiration for the event.

Roman is the cofounder of eattheinvaders.org, a website devoted to educating people about edible invasive species and sharing recipes for preparing them into tasty meals. Invasive species thrive when they do not have a natural predator, so the idea behind eating them is that human consumption can help keep non-native populations in check, thereby supporting the health of native ecosystems.

Researchers note that this approach may be more successful for some species than others, and that creating profitable markets can run the risk of encouraging the propagation (rather than eradication) of problem species. While a gastronomic solution may not be a silver bullet, it can help raise awareness and direct attention to alternative management strategies. 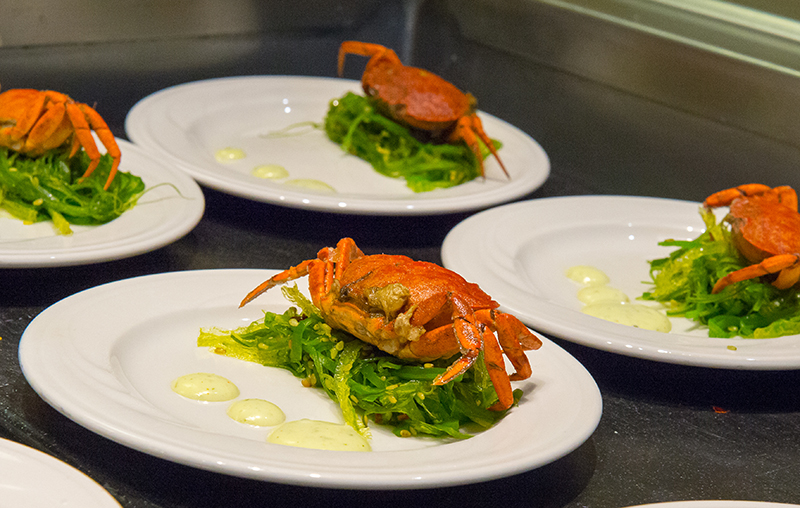 Stanhope Nwosu chewed thoughtfully as he tasted a periwinkle. “Chewy,” he said. “It reminds me of clams.”

His friend Kate Vesely recalled that she had seen the marine snails at the ocean, but that she didn’t know they were edible. She, meanwhile, was enthusiastic about the wild boar. “It’s really good. It’s like pulled pork.”

“As Chefs, we had a blast working with such unique ingredients and exploring palatable ways to serve them,” said Caravan. “We were able to get down to the individual taste of each item and engage the staff with ingredients they had never used. It was a lot of fun!”

Although the dinner was a one-time event, UVM Dining sustainability manager Emily Portman says it was a trial run of sorts. “We were curious to see how students reacted,” she said.

Going forward, Chef Caravan and his team will be integrating some of the ingredients into their rotating menu, and sharing their experience with other chefs across campus. 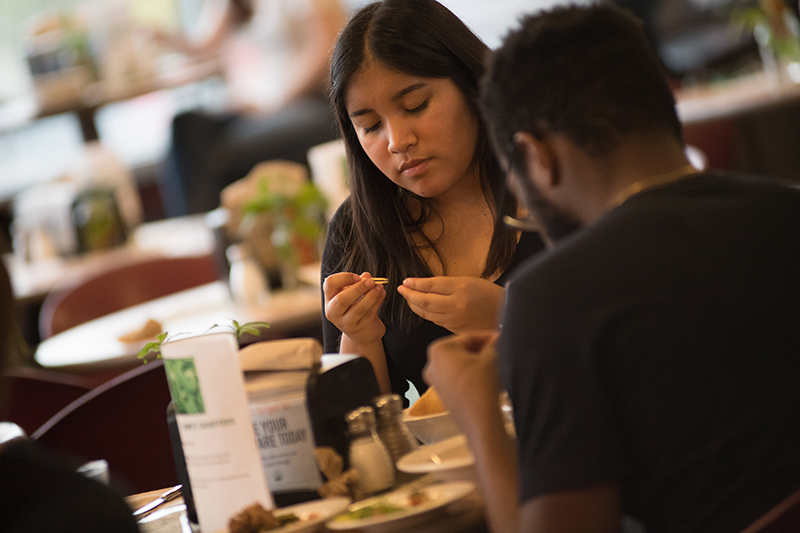 UVM at the forefront

Red’s Best, a fishermen’s cooperative out of the Boston area, supplied the green crabs and periwinkles for the event. Mary Parks, who manages environmental compliance and outreach for the co-op, was on hand with some live green crabs to prompt conversations with students. Some stopped by the table to pick them up and talk with Parks, who highlighted that UVM is on the cutting edge by incorporating them into the student dining experience.

“Green crabs are an emerging market we are trying to support,” said Parks. “We only started offering them within the last year—this is the first order we’ve filled from a university.”

And it’s not just the green crabs. “As far as I know, this is the first time a university dining hall has offered a meal focused on invasive species,” said Roman.

Roman hopes the experience will stick with people. “Exposing people to edible invasive species can do three important things,” he said. “First, it can expand the foods people are willing to eat because they have had a great meal. Second, it does the right thing for native ecosystems, by removing a few nonnatives. Third, it can get people outside to collect these invaders and learn more about nature.”