The University Scholars program recognizes distinguished UVM faculty members for sustained excellence in research, creative and scholarly activities. The Scholars are selected by a faculty panel based upon nominations submitted by UVM colleagues. See the nomination guidelines area below for more details and a link to the application form, which will be updated in the near future for the next round of nominations.

Any full-time UVM faculty member may nominate or re-nominate any full-time member of the faculty for a University Scholar Award. Please note that this award is not limited to members of the Graduate Faculty. Nominees are expected to be at the highest rank in their faculty track and to have sustained excellence at that rank.

University Scholar Awards will be available in two categories: Social Sciences, Humanities and Creative Arts, and Basic and Applied Sciences (including Biological, Medical and Physical Sciences). Each of the awards will carry a grant of $2,500 to be used at the discretion of the recipient to promote their scholarly activities.

Nominations will be reviewed by a committee of University Scholars, which will then forward its recommendations to the Graduate College for final action.

The University Scholars are announced in early April.

Each nomination must include:

Please do not include more than two letters. The nomination materials must be received by the Graduate College Office by no later than January 28, 2022.  If you have any further questions about this program, please contact Dean Cynthia Forehand. All nomination materials should submitted electronically to Dan Harvey at  Dan.Harvey@uvm.edu. 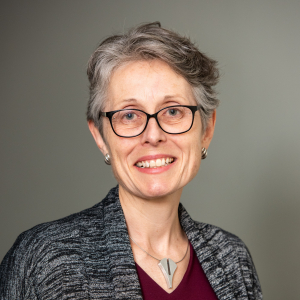 Anne Dixon is the Director of the Division of Pulmonary and Critical Care Medicine, Director of the Vermont Lung Center and a Professor of Medicine. She is originally from England and moved to the United States after completing her undergraduate studies at Cambridge University and medical school at Oxford University. She completed residency training in Internal Medicine at Johns Hopkins in Baltimore and a Pulmonary and Critical Care Fellowship at the University of Washington in Seattle before joining the faculty at the University of Vermont in 2001. Her research career has focused on clinical and translational studies to understand mechanisms linking obesity and asthma, and she has led basic, translational and clinical trials on this topic. Dr. Dixon has over 100 publications and has led a number of international workshops and symposia. She was the editor of the first book published on obesity and lung disease and is currently working on the second edition of this book. She has been recognized for this work with an American Thoracic Society Achievement Award and honored by the Asthma and Allergy Foundation of America New England Chapter with a “Champion” award for her contributions. In addition to her research contributions, she recently served on the Expert Panel updating the national asthma guidelines for National Heart, Lung, and Blood Institute (NHLBI). Professor Dixon chairs the Scientific Advisory Committee for the American Lung Association and the American Board of Internal Medicine Pulmonary Board Certification Exam Committee.

Professor Dixon's inaugural lecture will be on Tuesday, January 31, 2023, at 4:30 PM. Details will be posted closer to the lecture date. 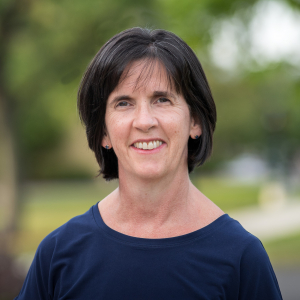 Beverly Wemple is Professor in the Department of Geography & Geosciences. Professor Wemple completed her B.A. at the University of Richmond and her M.S. and Ph.D. degrees at Oregon State University. Having been a Fulbright Scholar, Dr. Wemple has national and international prominence in her field. A highly sought-after speaker, her research focuses on the dynamics of hydrologic and geomorphic processes in upland, forested watersheds. This work examines the influence of land use practices on geophysical processes with a particular interest in using basic theoretical tools and simulation modeling, in conjunction with empirical field studies, to understand how management of the mountain landscape alters the processes of runoff generation and sediment production in steep, headwater catchments. Dr. Wemple's teaching reflects her interests in both physical geography and in geographic techniques, and she has more than 40 refereed publications and over $6M in funding as PI or MPI. She came to UVM as assistant professor in 1999 and has mentored 50 graduate students and 5 postdocs, as well as 23 undergraduate students. In addition to the UVM community, she serves local and national communities with extensive provision, talks, consultation and technical expertise on research in the areas of floodplains, forest erosion and climate change effects across multiple landscapes and terrains. Dr. Wemple is an outstanding scholar, a highly respected teacher, and an exemplary university citizen who is dedicated to community-building within her department, her college, and across campus. 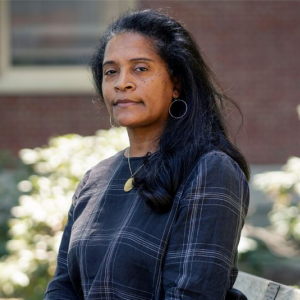 Emily Bernard is the Julian Lindsay Green & Gold Professor of English and Andrew Carnegie Fellow. Her books include Black is the Body: Stories from My Grandmother’s Time, My Mother's Time, and Mine, which was named one of the best books of 2019 by Kirkus Reviews and National Public Radio. Selected by Maureen Corrigan as one of “10 Unputdownable Reads” of 2019, Black is the Body won the 2020 Los Angeles Times Christopher Isherwood Prize for autobiographical prose. Bernard’s previous books include: Remember Me to Harlem: The Letters of Langston Hughes and Carl Van Vechten, a New York Times Notable Book of the Year; Some of My Best Friends: Writings on Interracial Friendship, which was chosen by the New York Public Library as a Book for the Teen Age; and, with Deborah Willis, Michelle Obama: The First Lady in Photographs, which received a 2010 NAACP Image Award. Her writing has appeared in: Harper’s, TLS, The New Republic, The New Yorker, O the Oprah Magazine, Image, Best American Essays, Best African American Essays, and Best of Creative Nonfiction. Professor Bernard serves as a contributing editor at The Yale Review, The American Scholar, and Image: Art, Faith, Mystery. She has received fellowships from the Alphonse A. Fletcher Foundation, the Ford Foundation, the National Endowment for the Humanities, the MacDowell Colony, the Vermont Arts Council, and the W. E. B. DuBois Institute at Harvard University. Bernard was the inaugural James Weldon Johnson Senior Research Fellow in African American Studies at Yale University. A 2020 Andrew Carnegie Fellow, Bernard is an elected member of the Society of American Historians. Professor Bernard serves on the boards of the Vermont Arts Council, the Aspen Words Creative Council, and Austen Riggs Center.

Professor Bernard's inaugural lecture will be held on Monday, April 17, 2023, at 4:30 PM. Details will be posted closer to the lecture date. 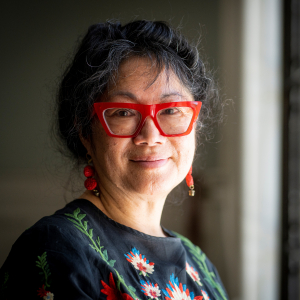 Jan Fook is Professor and Chair of the Department of Social Work. She received her MSW from the University of Sydney, Australia, and her Ph.D. from the University of Southampton in the UK. She is an elected Fellow of the Academy of Social Sciences (UK) and has held nine international professorial appointments, including at the University of Southampton and the University of London, UK. Among her past appointments have been professorial posts in both social work and in education. Dr. Fook has travelled extensively, delivering lectures and workshops across Europe, Asia, and North America. She is most well known for her work on critical social work, practice research, interprofessional working, and critical reflection. She was formerly Director of the Center for Professional Development at La Trobe University in Australia, Head of the Division of Social Work Studies at the University of Southampton, Director of the School of Social Work at Dalhousie University in Canada, and Director of the Interprofessional Institute at the South West Academic Network (London, UK). Immediately before coming to Vermont, she was Consultant in Continuing Education to the South West London Teaching Partnership. Dr. Fook has published 18 books as author or editor and over 100 book chapters and journal articles. Her most recent books include Practicing Critical Reflection in Social Care Organizations (Routledge, ed. 2022) and Learning Critical Reflection: Experiences of transformative learning (with Laura Beres. Routledge, ed. 2020). A fourth edition of Social Work: A Critical Approach to Practice (Sage) is forthcoming. She is currently working on Academic Practice and Transformative Social Work (Columbia University Press).

Professor Fook's inaugural lecture will be on Thursday, December 8, 2022, at 4:30 PM. Details will be posted closer to the lecture date.