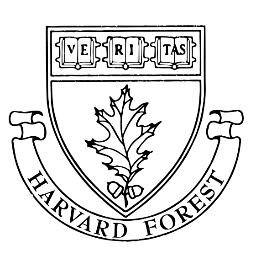 Climate change is restructuring forests of the United States, although the details of this restructuring are currently uncertain. Rising temperatures of 2 to 8 deg C and associated changes in soil moisture will shift the competitive balance between species that compete for light and water, changing their abilities to produce seed, germinate, grow, and survive. Large scale experiments are being used to determine the effects of warming on the most sensitive stage of species distributions, i.e., recruitment, in mixed deciduous forests in southern New England and in the Piedmont region of North Carolina. Two questions organize our proposed research: (1) Might temperate tree species near the "warm" end of their range in the eastern United States decline in abundance during the coming century due to projected warming? and (2) Might trees near the "cool" end of their range in the eastern United States increase in abundance, or extend their range, during the coming 100 years because of projected warming? To explore these questions, seedlings are exposed to air and soil warming experiments in two eastern deciduous forest sites; one at the Harvard Forest (HF) in central Massachusetts, and the other at the Duke Forest (DF) in the Piedmont region of North Carolina. The focus is on tree species common to both Harvard and Duke Forests.

To determine how climate change will restructure mixed deciduous forests in the Eastern United States at both the "warm" and "cool" ends of the tree species range.