Dairy Farm of the Year

Sunderland Farm, a sixth-generation dairy operation in Bridport, can best be described as a farm with a future that's not forgotten its past.

Although it can trace its beginnings back to the mid-19th century when thousands of Merino sheep grazed its pastureland, the farm has never stopped moving forward. The farmers are quick to adopt new technology, including robotic milkers, to make their operation more efficient and cost-effective. Their attention to detail when it comes to their cows is evident by their exceptional milk quality, high quality forages and ongoing measures to improve cow comfort. More on the 2020 award. 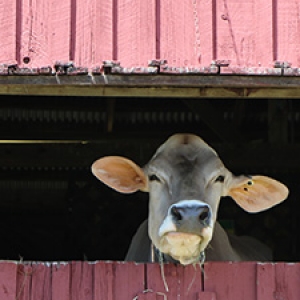 2019 Vermont Dairy Farm of the Year: Wonder Why Farm, Cabot

The 40-year-old dairy farmer and his wife, Jennifer, own Wonder Why Farm, a 235-head operation on a quiet country road in Cabot, Vermont.  His "What if?" way of thinking has helped them transition from milking 15 cows on his father's farm in 2002 to managing a certified organic herd with around 120 milkers on their current farm, which they first leased in 2005, and later purchased, from his uncle, Walter (Rusty) Churchill. More about the 2019 award.

Watch this Across the Fence Video about Wonder Why Farm: 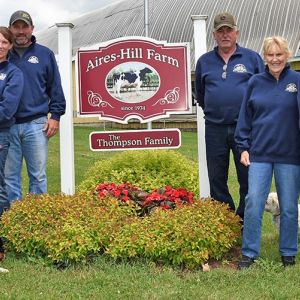 When Franklin Thompson began milking cows in 1826 on a 130-acre parcel of land abutting the Canadian border, little could he know that seven generations later, his Berkshire farm would still be operational--and thriving. Or that it would be the recipient of one of the most coveted dairy awards in the state, that of being selected as the Vermont Dairy Farm of the Year. This year's winner, Aires Hill Farm, is a 400-head Holstein operation on 550 acres of owned and rented land. Managed and co-owned by Karie Thompson Atherton, Aires Hill epitomizes everything that an outstanding dairy farm should, including exemplary management practices and herd performance, high-quality milk production and a strong commitment to promoting the dairy industry.  More about the 2018 Award

Across the Fence Video: 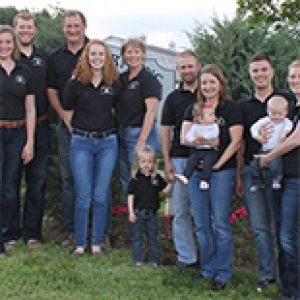 Fairmont Farm stood out among the 2017 nominees for its efficiently managed herd, sustainable conservation practices and early adoption of new technology. It also was recognized for its commitment to educating the public about agriculture through farm tours, 4-H and summer day camps for kids. About the 2017 Award | Photos and Info about the Fairmont Farm

Watch this Across the Fence Video about Fairmont Farm: 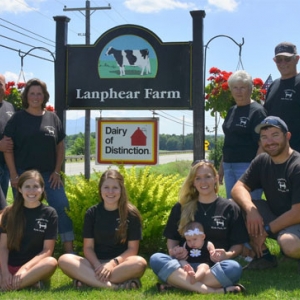 The Lanphear Family Farm, a 530-cow Holstein dairy in Hyde Park, embodies all that a topnotch dairy operation should including a well-managed herd, high quality milk production, efficient management and strong work ethics. Owners Kirk and Katrina Lanphear pay meticulous attention to detail when it comes to their herd and daily operation of the farm. But they also are deeply committed to family, not only managing the farm to allow time for family activities but making decisions to ensure that their agricultural enterprise remains sustainable and affordable for the next generation. About the 2016 Award | Photos and Info about Lanphear Farm (PDF)

Watch this Across the Fence video about the Lanphear Farm: 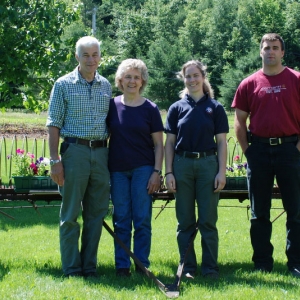 Photos and Info about the Keewaydin Farm (PDF) 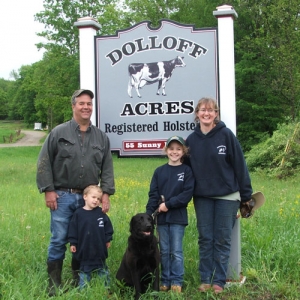 About the Dairy Farm of the Year

As the New England dairy industry has changed over the years, so have the objectives of the New England Green Pastures program. It has evolved from one of promoting pastures and forage management to its present objective of honoring an outstanding dairy family from each of the six New England States for total management (both production and financial) of the operating farm, considering the farm family’s contribution to the agricultural community.

Originally, each of the six New England Governors made the presentation to the outstanding dairyman in the individual states. Today, this function is carried out by the Commissioners of Agriculture. Except for the “Governors’ Trophies”, paid for by the Governors, New England dairy farmers and agri-businesses have contributed the entire budgets on which the New England Green Pastures program has operated over these many years.

The New England Green Pastures program continues to emphasize the importance of a viable dairy industry in New England. Three activities are supported by a very modest budget. First, the program honors the “Outstanding Dairy Farm of the Year” from each of the six New England states; this includes a trip to Eastern States Exposition where a banquet and evening program center around these outstanding farm families. Second, through the “Salute to Agriculture”, the New England dairy story is told to the largest assembled group of consumers in New England – namely, at the “Big E”. Finally, with the help of the Green Pastures program, prominent teachers and research personnel are brought to New England to conduct special in-service training sessions for Extension, agri-business and dairy leaders on problems facing the dairy industry.