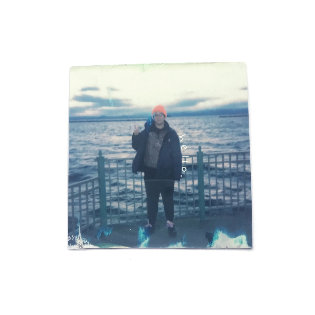 Students at the Department of Music and Dance not only take lessons and perform in department ensembles; they often form their own bands and play gigs around town and beyond. In our Student Band Spotlight series, we get to know these ambitious musicians and learn how they pursue their love of music outside the classroom.

What type of music do you play?
I play like some dream pop, indie, lo-fi type stuff. I basically try to write some pop songs but the sounds and tones I get come from the music I listen to which is largely like jangle pop or like Beach House, or MBV. Sometimes I will also just take a song and make it do something weird that it shouldn't do and I will like the way it sounds and badda boom, that's a bop right there.

How long did it take for hello. to go from ideas into a fully recorded and produced album?
It took much longer than I thought it would. I started really working on this project like a year ago. Of course there was never a point where I could really sit down and just work on the whole thing. It took a lot of time to figure out how I wanted it to sound, and if that sound is something that I would listen to.

Where do you find inspiration for your songwriting?
I find a lot of inspiration in the music I grew up listening to, my contemporaries, and their inspirations. I was largely raised on bands like Pink Floyd and The Grateful Dead, my sisters listened to Radiohead, but I listen to like Mac DeMarco or whatever. And he listens to weird Japanese Pop, and I like that. I mean the most effective inspiration I have though is simply like sitting down with a guitar and being really sad and seeing what happens.

What is the biggest challenge for a songwriter? How do you deal with this challenge?
I definitely find a challenge with feeling original, and honestly writing lyrics. Most of the time my favorite lyrics are things which I just kind of spat out while I am playing out a progression for a while. I deal with this kinda stuff by just letting it slide. I don't think I will lose my ability to write songs, but sometimes it just won't feel right or sound good so I will just kind of chill out until it does. When it comes to sounding original I know that even if I have a chord progression or something that resembles another artist that once I layer it with all the other instruments it will sound like me.

Tell me about one or two of your favorite songs. What makes them enjoyable to perform?
I like "Vegetables" because it seems like every one seems to like vegetables. People sing along which is really cool. Also I get to scream and play a guitar solo over a 50's style bop so thats pretty fun. I also like playing "Painted Love" because it feels like a pop song but just goes in such a weird direction and I love doing that.

How was the band formed? How did you meet?
I write all the stuff basically, but when we play live it's really the people around me that make it what it is. I write the songs but everyone in the band applies a bit of their own style. I also like to bend a bit around that style. Like if people are more akin to having the music be more straightforward and tight I like to do that. Sometimes, like on tour this past summer, I'm playing with some very rowdy dudes and we become like a rock band and play fast and loud, and I like that.

What is a typical rehearsal like?
Horrible. I hate rehearsals. I feel like such an a**hole. Because I write the stuff I am always telling people what to play and how to play it and such. I mean once we get it very tight that is when we can kind of take it in our own direction but until then it is just tinkering with ideas. It always seems like its really hot. I get very sweaty. I always wanna go home. Time just goes by really fast and its like oh my god I want to be done but we have a lot more to do.

Are there any artists or bans who have been influential for you during your recording process?
Yes! I love so many of my friends' BANDS and I want to SHOUT THEM OUT. I love Father Figuer, Clever Girls, Gestalt, Bison, The Onlys, Brayden Baird, Sleeping In, The Thursday Torys, Marlon DuBois, Hammydown, and Caroline Rose. All these bands are just making really really cool stuff and if you don't think that Burlington has a really cool music scene where bands are doing new cool innovative stuff you are wrong because there is there are THESE BANDS. There are also other bands but these are the ones I am thinking about right now.

What are you listening to right now?
I have been listening to the new Porches record. I have been listening to this band Hoops that I like and is good and is playing at Waking Windows in Winooski. I also have this cycle of seeing some new artist blow up and being like "oh I hate this" or "oh ____ is not good" and just listening to it over and over and then I'm like "Oh yeah I know about _____ yeah I think they are sick!" My girlfriend calls me out on it, and I call myself out on it too. So basically what I have been doing that for this whole internet-bedroom-pop wave of like Bane's World, Clairo, Gus Dapperton, Rex Orange County etc...

What are your plans for the future?
I have no idea. I wanna make another album. I have some songs that were left over from the album or written too late to make it on that I might release into a little EP. I don't want to have them in the next real project because I really would like to kid of push my sound in different directions. Like the feel of this album one is different from the last one, and that the next one will be different from this one. That was the best feeling about this album. I guess I feel like releasing this frees me from some sort of non-real limit I put on myself to not experiment with my sound. I don't even know. We are playing a couple gigs with WRUV, we are playing at Higher Ground with Kyle Craft on March 30th, and you can check out all our music and all the stuff I post on our Facebook page.

Music
" That was the best feeling about this album... I feel like releasing this frees me from some sort of non-real limit I put on myself to not experiment with my sound." 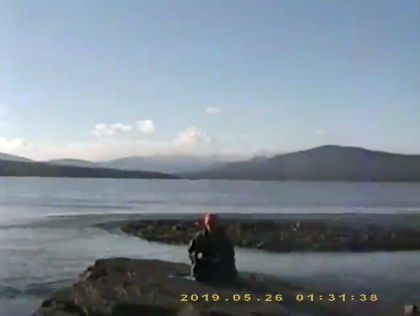