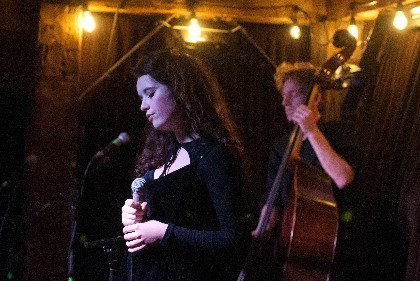 Students at the Department of Music and Dance not only take lessons and perform in department ensembles; they often form their own bands and play gigs around town. In our Student Band Spotlight series, we'll get to know these ambitious musicians and learn how they pursue their love of music in the classroom and beyond.

What type of music do you play?
I would say that it’s piano-based, dark, indie-pop.

How was the band formed? How did you meet?
For most of my music, it’s just me playing by myself, but for the last couple of shows I had, Senou Lynn, Aaron Lucci, Victoria Pyne Mercier, and Emily Preston all performed with me. I met Senou through a friend in my music theory class, and he introduced me to Victoria. Emily and I are good friends, and as for Aaron, I heard he played upright bass and reached out to him on Facebook! He was ready to just jump in and play the shows.

What is a typical rehearsal like?
It depends on who’s at the rehearsal. It can range from a super productive run through of all the songs we need to practice, to impromptu discussions of poetry, to a lot of goofing around, to a mix of all three. Most of the time it’s pretty relaxed, though.

Where do you find inspiration for your songwriting?
It’s strange because, although I am a consistently happy person, I can’t seem to write about anything but heartbreak. I am generally writing about unrequited or deeply twisted kinds of love, because many experiences under that umbrella, I believe, can really only be fully encapsulated through an artistic lens.

What is the biggest challenge for a singer/songwriter? How do you deal with this challenge?
For me, the biggest challenge is capturing my ideas fast enough. I have a lot of visions and melodies circling around in my head, but I don’t always have the technical skills to bring them into the world when they arrive. Some of them are patient, and stick around long enough for me to get my bearings, but others live and die before I can give them a chance.

Tell me about one or two of your favorite songs. What makes them enjoyable to perform?
Most of my material is original, so I would say my personal favorite out of what I have so far is probably “The Joker.” That song is the closest I’ve ever come to fully bridging the gap between the expression of an experience and the experience itself. The circus metaphor just fits so well in describing the actual person its about, so performing the song feels like flipping through a sonic scrapbook of that relationship in a peaceful, reminiscent way.

What are your plans for the future?
My plans aren’t very planned, but they involve either Boston or New York City. If I could pick any medium to wholeheartedly pursue, it would most definitely be music, but if I end up finding more of a niche in writing, photography, filmmaking, or anything else artistic, I will be ecstatic. 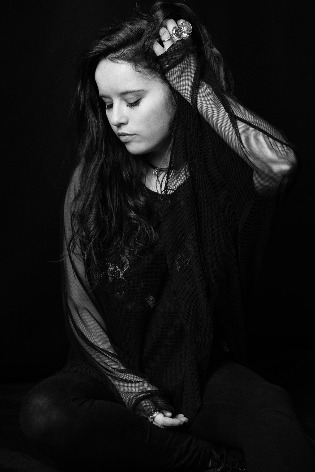