BURLINGTON, VT---Here in the Lake Champlain Basin, we are fortunate to have an abundance of water resources and reap many benefits from those. From the beauty of a colorful sunset across Lake Champlain, to that perfect day spent boating or fishing, to the peaceful sound of a bubbling brook making its way to the lake, there are indeed many rewards.

However, we also face major challenges related to our water resources: from extreme flooding events, to phosphorus pollution, harmful algal blooms, and the spread of aquatic invasive species in the lake. These challenges affect local community members’ safety and welfare, limit access to services and hinder local economies.

For 50 years, Sea Grant programs across the nation, including Lake Champlain Sea Grant, have stepped up to address challenges like these in a variety of ways, supporting university research, and carrying out education and outreach efforts in local communities to protect and enhance coastal resources.

The National Sea Grant College Program begins a celebration of its 50th anniversary on March 8 with a reception in Washington DC. While acknowledging this national milestone, our local Lake Champlain Sea Grant program will be celebrating 17 years of research and outreach programming.

Founded in 1999 as a project of New York Sea Grant and the National Oceanographic and Atmospheric Administration (NOAA), creation of an independent Lake Champlain Sea Grant (LCSG) program in 2002 received strong support from Vermont Senator Patrick Leahy during deliberations about the National Sea Grant College Program Reauthorization Act. There, he advocated for an amendment that would include Lake Champlain in the National Sea Grant Program. Today, LCSG is a collaborative effort between the University of Vermont and SUNY Plattsburgh. The program has evolved over the years, earning promotion through NOAA’s four-tiered system in recognition of its successes along the way.

Since its inception, Lake Champlain Sea Grant has been dedicated to improving the understanding and management of Lake Champlain, Lake George and their watersheds for long-term environmental health and sustainable economic development.

The idea for the National Sea Grant College Program originated in 1963 from Athelstan Spilhaus, then Dean of the University Minnesota’s Institute of Technology. In a presentation to the American Fisheries Society, he proposed modeling a national university effort after the Land Grant University model. That is, that knowledge obtained through research by faculty, staff and students is shared off-campus in, and with communities, reaching those who need and can put the scientifically validated tools and ideas into action. Dean Spilhaus proposed applying the model to conduct research and outreach about the nation’s oceans and Great Lakes.

Lobbying by the tenacious and well-connected Spilhaus, and support from Sen. Claiborne Pell of Rhode Island, gained the idea traction. In 1966, Congress enacted the Sea Grant College program. Its charge was to, “Provide for the understanding and wise use of ocean, coastal and Great Lakes resources and the environment.”

That remains the charge for the 33 Sea Grant programs in existence today - including our local Lake Champlain Sea Grant. These programs conduct and support outreach and research focused on fisheries, resiliency, habitat protection and restoration, environmental education and workforce training in every state that has a marine or extensive freshwater coastline, along with American Samoa, Puerto Rico and Guam.

Since 1995 alone, more than 10,000 Sea Grant projects shared university knowledge and resources in local coastal communities to help solve problems. These programs, acting in partnership with the National Oceanic and Atmospheric Administration (NOAA) and a multitude of local partners, have leveraged more than $2.2 billion dollars along the way.

The 50th anniversary kick-off reception will be live streamed from Washington DC. To learn more about the event visit: http://www.sga.seagrant.org/. 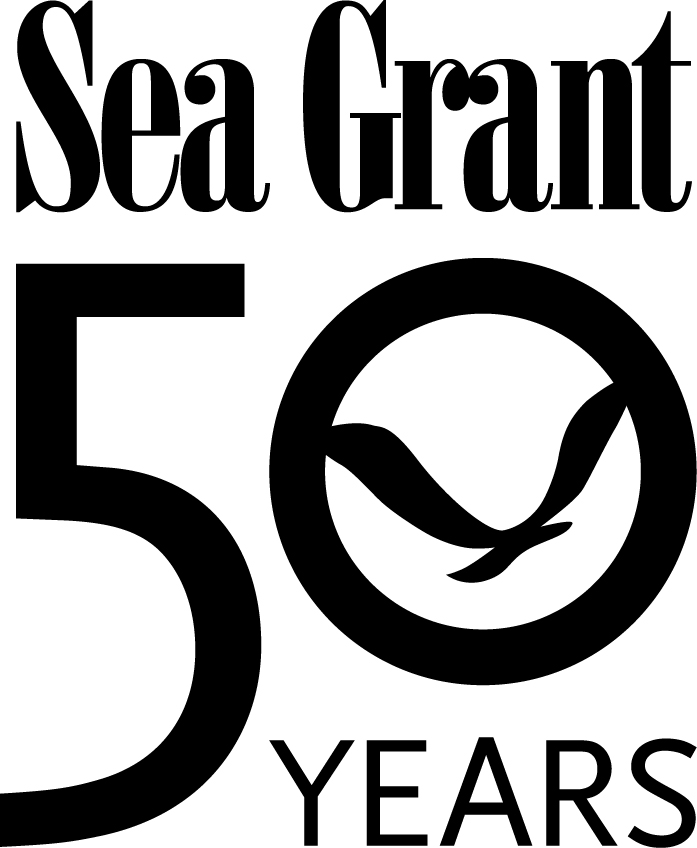