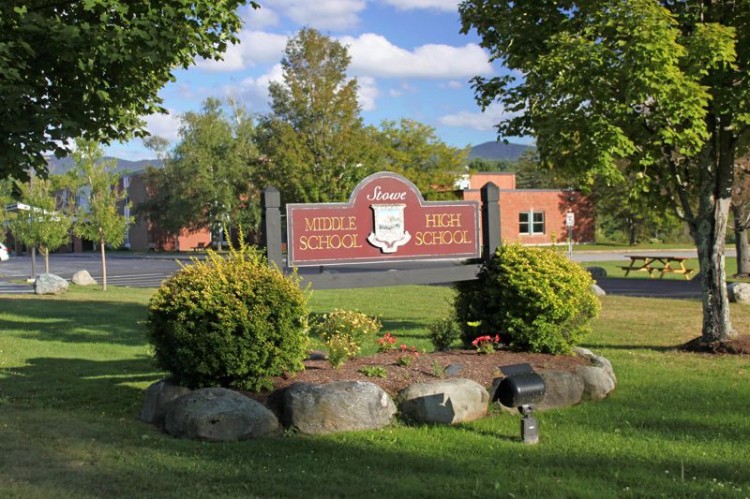 Note: This is a web version of our bi-weekly newsletter. To recieve it in your email, sign up here.

Stowe High School was ranked Vermont’s top high school in a recent report conducted by U.S. News,followed by Arlington Memorial and Montpelier High School. South Burlington High and Craftsbury Schools rounded out the top five. The schools were ranked in a system of gold, silver and bronze medals, with evaluations based on performance on state-required tests and how well students are prepared for college. In all, Vermont earned 11 silver medals in addition to Stowe’s sole gold medal.

Why Is College So Expensive?

With college bound students moving in this week, parents may ask themselves why does college cost so much? Sociologist Beth Mintz cites tuition discounting, the cost of amenities and the privatization of higher ed among other factors. See an interview with Dr. Mintz here and her longer article here.

A new study finds that Vermont is the best state to have a baby. The study compared states by using a list of 26 key measures including pediatricians per capita and delivery costs.Vermont ranked no. 1 due to its healthcare, followed by Massachusetts, Minnesota and New Hampshire. South Carolina, Alabama and Mississippi ranked the lowest in the study.

Sadly, and at the same time, more babies are being born with opioid-dependent mothers, according to a recent report from the Center for Disease Control and Prevention. After studying delivery rooms in 28 states, the study concluded that the number of women abusing opioids quadrupled between 1999 and 2014. Almost 25,000 deliveries across the States involved an addicted mother—and the highest rate was found in Vermont, with 48.6 cases of opioid use disorder for every 1,000 births.

Vermonters receive the best health care in the nation, according to a new study conducted by the Kaiser Foundation. The researchers assessed states’ health care across three dimensions—cost, access and outcome—using 40 metrics including average monthly insurance premium, quality of public hospital system and infant mortality rate. Massachusetts and New Hampshire followed Vermont while at the bottom of the list were Alaska, Mississippi and Louisiana.

Yet while the state's health care is rated the best in the nation, Vermont's suicide rates continue to increase. A study by the National Center for Disease Prevention and Control at the CDC examined trends is suicide rates across 27 states between 1999 and 2016. While suicide rates have risen about 30% nationally since 1999, Vermonters are dying by suicide at a rate that is more than 35% higher than our country’s average.

And a state study found that many Vermonters lack access to dental care with 68,000 adults and 23,000 children reporting that they could not afford dental care in 2011 and 2012. Aside from costs, there is a limited number of licensed dentists in the state and Vermont has the oldest population of dentists, with 63% being over 55.

A new study, led by a team at the University of Vermont's Gund Institute for Environment finds that children in LMIC countries who live near forests have 25% more nutritional diversity in their diets than those who live farther away from forests. The study examined data from 43,000 households in four different countries.

Middlebury biology professor David Allen and his group of student researchers are spending their third summer hunting for ticks—with the goal of analyzing the complex factors that contribute to the ecology of Lyme disease. The team has made significant strides in understanding the intricacies of Lyme disease—just last year, a student discovered that ticks prefer coniferous to deciduous leaf litter, contrary to current literature.

The importance of this work is underscored by the increasing prevalence of Lyme disease in the United States, with a spike of cases in New England. The region had 11,549 cases of positive test results in 2017—increasing from 7,718 in 2015. Although California and Florida saw the biggest absolute increases in positive test results, the disease remains most prevalent in the northeastern U.S. Check out the Vermont Biz article for more information.

Water Quality
Heavy phosphorus pollution causing poor water clarity and algal blooms in Lake Carmi has long been a concern of Franklin residents. In response, researchers examined the lake and established 18 potential management practices—ultimately determining artificial circulation, hypolimnetic aeration, and phosphorus binding with aluminum to be the most viable options. Because the nutrient reductions will take years, the researchers recommend in-lake restoration efforts to improve the lake’s viability in the short term.

The record-breaking heat wave may be an ominous indication of Vermont’s future summers—the state’s Agency of Natural Resources recently released an emissions progress reportshowing increases in Vermont’s greenhouse gas emissions. These developments make the 2028 goal of reducing climate pollution by 50 percent nearly impossible without a statewide dramatic shift away from carbon-based energy sources.

The Underneath by Northeast Kingdom writer Melanie Finn, is a work of fiction about a former journalist struggling with motherhood who rents a house in Vermont for the summer. She discovers strange writing in a crawl space of the house, which sends her sleuthing to uncover a mystery about the house’s owners.
Nick Zwirblia, who is also known in Vermont as the “happy hop guy,” has just released his first book, set

in 1933 in a fictional Vermont town of Bramford, north of White River Junction. The Bramford Chronicles, Book 1: Johnny & Baby Jumbo tells the story of a 9-year-old boy, Johnny, who saves a baby elephant from the wreck of a circus train.

The Silent Girls author Eric Rickstad returns with another novel based in rural Canaan, Vermont, entitled What Remains of Her. The harrowing story follows a rage-gripped man, Jonah Baum, as he grieves the loss of his missing wife and daughter and narrowly avoids prison after being identified as a suspect.When—after twenty-five years of seclusion—he finds a child naked in the woods – he believes her to be the reincarnation of his lost daughter.