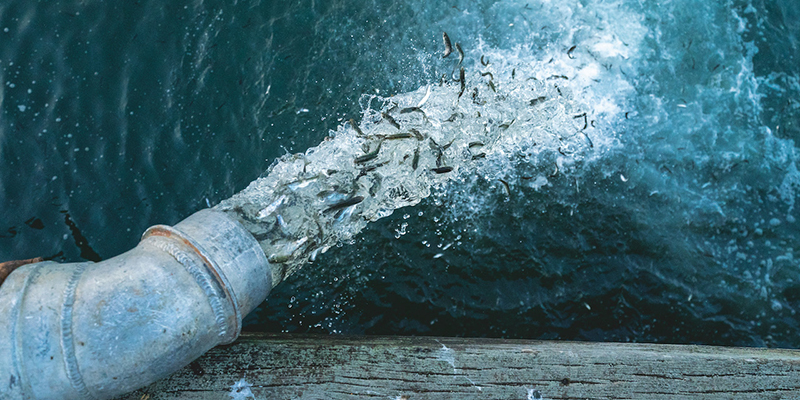 From the Klamath River and Puget Sound in the Pacific Northwest to the rugged far northern coast of Norway, “Artifishal” is a film rich in natural wonders, as one might expect with a production backed by outdoor gear and clothing company Patagonia. The landscapes are an alluring hook, the backdrop that draws viewers into a film of serious intent. As director Josh “Bones” Murphy ’94 puts it, “The goal was to make a beautiful film about an ugly issue.” The issue at hand in “Artifishal” is what mankind’s intervention in natural processes—through fish hatcheries, fish farms, and the stocking of salmon—has done to devolve wild salmonid species and, in turn, degrade the food web and ecosystems of the wild rivers where they spawn.

Murphy’s work on the project traces to the day he sat next to Patagonia founder Yvon Chouinard during lunch at a 2016 1% for the Planet event in Montana. Murphy asked the legendary founder where the company would focus its next film. Recalling Chouinard’s response — “It’s a film about the arrogance of man” — Murphy terms the statement “classic Yvon.” Digging deeper, he learned the vision was to explore man’s re-engineering of natural processes — in short, the un-wilding of salmon. 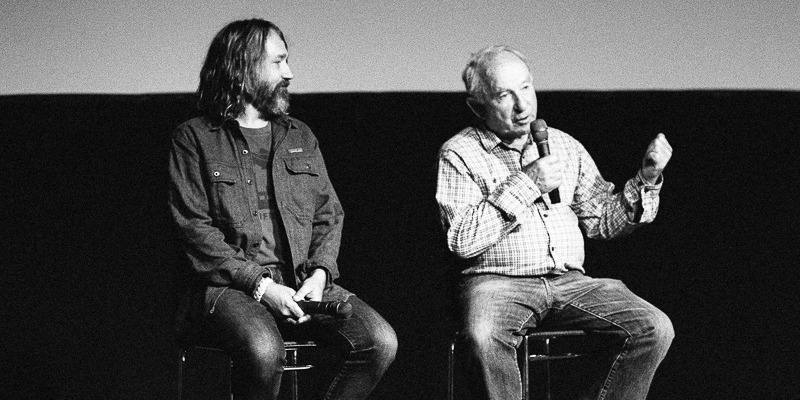 Bones Murphy’s roots as a filmmaker began with extreme telemark ski films. It’s how he first connected with Chouinard, a dedicated tele skier himself. Today, Murphy balances commercial work and activist documentary films, as head of Liars & Thieves production company, based in northern California. Those film chops, combined with UVM and Humboldt State University degrees in natural resources and fisheries biology, landed him the director’s job on “Artifishal.”

While Chouinard envisioned the project from a particular perspective—his own brand of “scrappy environmentalism” as one writer put it—he set the film team off with freedom to find their own particular story. Murphy’s personal perspective had been shaped by work on a fish farm and managing the on-campus fish hatchery at Humboldt State. During a phone interview, Murphy — once a natural resources major, always a natural resources major — fills in the back story of fish conservation practices, tracing back to George Perkins Marsh in 1864. “People believed the way to mitigate other threats to fish was to make more fish and put them in the rivers,” Murphy says. “It was a blind faith with no science behind it.”

Admitting that he’d largely bought into the view that stocking rivers was for the better, the director’s views evolved as he worked on the film. “I don’t think that I clearly appreciated the value of wild,” he says. “I thought that humans doing our part to help was part of the solution. Now I’m quite convinced that’s not the case.”

Yet, as Murphy and the film team collected interviews with fisheries experts, community leaders, fishermen and environmental activists, they didn’t find the polarized positions they anticipated. “We quickly found that this issue was really squishy,” Murphy says. Considering how to move forward, they realized the need to stand back, observe with cameras rolling, and let the story tell itself. Diving beneath the surface of a Norwegian fish farm or documenting the journey of a tanker truck driving 200 miles to release a load of fish below the Golden Gate Bridge, they strove to simply offer a window on practices.

“All of a sudden, that’s when the story started to come forth,” Murphy says. “When you look at the ridiculousness to prop up this construct by humanity, the whole myth unravels.”

That approach, coupled with the film’s beauty, makes the case for wild salmon. Murphy notes that salmonids, fish in general, aren’t exactly the charismatic megafauna that tug at the heartstrings, motivating action and donations in return for stuffed animal gifts. “People tend to feel more detached, because we are terrestrial and they are aquatic. But fish are not just food and fun for us, they are integral parts of the ecosystem – just as important as the coyote or the hawk, just one level removed. We have to extend our empathy to that world as well,” he says.

Released in 2019, “Artifishal” has shown widely on the festival circuit, earning Best Environment & Natural History documentary at the Banff Film Festival. Murphy is particularly proud that “Artifishal” has also reached audiences and helped motivate change in less-expected venues, such as premiering at New York City’s Tribeca Film Festival. Recalling someone walking up to him after a screening and saying, “That was brutal; but thank you,” Murphy adds, “That’s the win for me.”