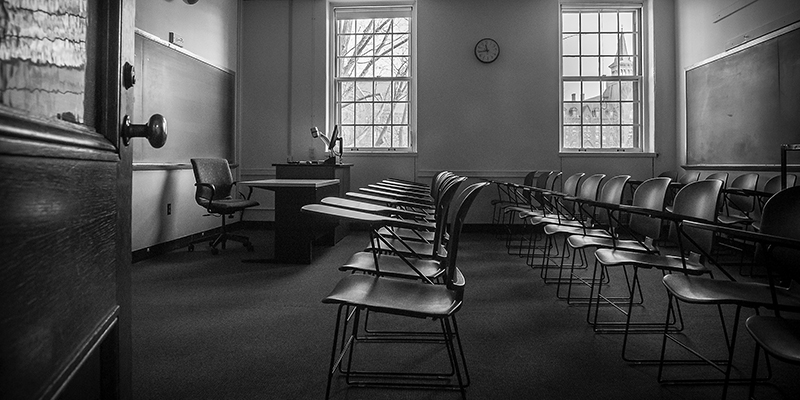 In 1990, my first year at UVM, I lived in Harris Hall with a Pennsylvanian named Elaine. We draped our room in paisley tapestries to hide the pale blue cinderblock, and cooked ramen in a hotpot. Elaine adorned her bed with a pretty floral comforter. Mine was navy and plain. Elaine favored snug sweaters and jeans; I dressed in batik and European pajama shirts from the sale racks at Old Gold. We laughed at our differences and watched each other curiously.

That year, for the first time, I read Edith Wharton, Ford Madox Ford, Adrienne Rich, and H.D. Lines, and characters from their works still echo in my mind.

That year, I studied prehistoric archeology, yet all I remember from that class is a gruesome textbook picture of a bogman: a wet empty sack of skin, eyeless.

That year, I played rugby, but I’ve since forgotten every rule.

Which way did my dorm room face? What number or floor? I can’t recall.

In 2016, back at UVM as an assistant professor in English, I park at Gutterson and walk the same old wind-swept flank of the hill from East Campus to Main Campus. My body steers me on familiar paths, and I play a game of picturing my first-year self. She’s often hard to see.

I write to a friend who also lived in Millis in 1990. I’m walking the walk of our freshman year. It’s amazing how much I’ve forgotten. I remember other people, but not me.

She writes back: I was just telling someone about your Tangled Up in Blue costume on Halloween.

My Tangled Up in Blue costume? Which Halloween?

For my first Arts and Sciences faculty meeting as a bona fide faculty member, I headed to Waterman. As soon as I entered the building’s grandeur and dimness, a wave of recollections washed over me: Upstairs I listened to Governor Dean talk to a group of us Vermont Scholars. Out on the balcony, I listened to members of Living Colour shouting to a rally during the takeover. My student mailbox was here. In these halls, before the age of e-mail, I ripped open letters from distant friends and read them right then, hungry for news.

“Maria!” Someone called to me from the Waterman stairs. The voice was familiar, but I couldn’t place it until I spun and saw, striding down the marble steps, my college German teacher, Dennis Mahoney. Still trim, spectacled, and bearded, still enunciating in the same patient baritone that once led my class through the jungle of German cases, he asked me to wait, waving a paper that he thrust in my hands.

I stared down at a mock newspaper that I had helped create in Mahoney’s class. There were two articles I had written, in rather impressively complicated German. I distantly remember writing one article, and the other not at all. I thanked Professor Mahoney, deeply touched that he had saved these early efforts of mine, and we hurried into the meeting together. As I listened to the unfolding agenda, my eyes kept returning to the memento, marveling at two things: 1) that I was once so darn fluent in Deutsch, and 2) that without my professor’s kindness this part of my past would be lost, even to my own memory.

It’s December now, and the tally of the recalled vs. the forgotten continues: I remember ducking into the back door of Williams and making coil clay pots in the basement, but I can’t recall the dining halls where I regularly ate; I remember learning igneous, metamorphic and sedimentary rock in Environmental Studies, but could no longer say which is which. At this point a disclaimer is necessary: Yes, I did attend UVM during the height of its party-school reputation, and no, I didn’t fully abstain. Furthermore, my youth was pre-Facebook, pre-Instagram, and the few photos I have are stuffed in a shoebox somewhere, uncatalogued. It’s inevitable that gaps and lapses would occur. Everyone forgets, but what I’ve forgotten matters to who I was and who I am.

I came to the UVM in 1990 as an Environmental Studies major, with the plan that I would eventually work in a nonprofit or NGO. I returned to UVM in 2016 as a novelist, poet, and assistant professor of creative writing. What happened?

At my faculty orientation this year, Jim Hudziak, the director of UVM’s wellness program, gave the keynote on critical changes in neurology in adolescence. As he flipped through colored slides of the brain and a video clip of one hapless guy trying to skateboard off his roof, Hudziak genially explained that during their college years most young people are particularly vulnerable to positive and negative influences because it’s a period of enormous brain development. If, in early childhood, kids grow the many-branching “tree” of their brain, then in late adolescence they begin pruning that tree, nurturing some limbs while letting others wither. Igniting students’ passion and helping them establish good habits could ensure a brighter future. Bad habits are like the skater’s rolling plunge from the roof.

I took my first creative writing class in the year I lived in Harris Hall. I studied with David Huddle, the only living writer I had ever met. Tall, courtly, with a Southern accent and a teasing manner that often got our class fiercely discussing and chuckling at the same time, Huddle helped me realize that I had always had another dream: to write. Huddle’s book, The Writing Habit, showed me a path. The directions were simple: write every day. So I did, every morning before I left for class. The practice anchored me. It gave my days order and my experiences meaning. As I plunged into wonderful courses in Environmental Thought, Hasidism and Jewish Mysticism, Eco-feminism, and Women in Sociology, my writing practice helped me connect their various threads of inquiry. I continued my Environmental Studies major, but I also adopted a second major, in English. By the time I graduated college, writing was my vocation. I would continue to incorporate environmental conservation into my life, but I would work with words.

These days when I remember the main image in a Margaret Atwood poem but not the definition of metamorphic rock, I can almost sense the spaces in my mind where one limb has fallen so another might thicken and bear fruit. It’s sad to give up on potential, but I’m relieved to know it’s inevitable, and even necessary for our true adult selves to begin. Perhaps the memories I’ve lost are not holes at all, but obstacles that kept me from growing.

As for the young woman who dressed as Tangled Up in Blue, I can almost imagine her, wrapping herself in blue crepe paper before she walks out with her dorm-mates on a cold October evening. She is happy to be with friends, to be young and free. The streetlights stain the path with an orange glow, her boots clatter, and already the crepe paper is ripping beneath her jacket. She can hear the tiny sounds of it tearing, but by tomorrow she’ll be someone else anyway. It only has to last for tonight.