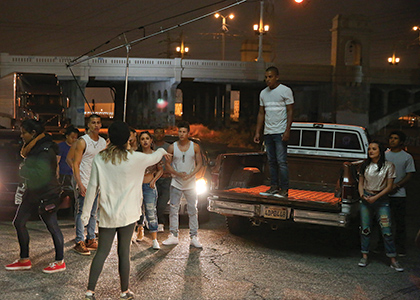 Katie Elmore Mota is shaking up Hollywood. As founder, co-president, and executive producer of Wise Entertainment, she’s breaking ground with smart, socially relevant content that tells the stories of underrepresented audiences. Wise’s first project, the five-time Emmy-nominated “East Los High,” is the first English-language television show with all-Latino cast members, creators, and writers. “Our goal is to create things that people love and that make them say, ‘I’m seeing myself for the first time on TV,’” says Mota.

Mota championed diverse stories long before #hollywoodsowhite was a trending topic. Born in NYC and raised on a farm in Westford, Vermont, her mixed-race family includes a biological brother and four partially adopted siblings who lived with their biological parents part-time. They were one of the only non-white families in town. “We had so many different experiences even though we lived under one roof,” says Mota. The family made movies every summer that touched on the discrimination they experienced. “I look back at my writing from grade school and that’s what I was writing about, because I couldn’t make sense of it.” 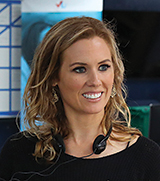 AT UVM, Mota focused on social history and earned a place in the John Dewey Honors Program, precursor to the Honors College. “I really loved the study of people and how social movements shape our country and the world over time,” she says. Mota also took every photography class she could.

In addition to academics, she helped reboot the student concert bureau and organized up to twenty shows a year, ranging from Jurassic 5 to Mike Gordon ’87. “I looked at pop culture as a way to create a sense of community. It makes sense; there’s a lot of crossover with the company I have now.” She credits that experience with preparing her for the path she’s taken. “There are hurdles, especially being a young woman running a production company. I learned a lot about how to deal with them during my time at UVM.”

While earning her master’s in media studies from The New School for Social Research in New York, she met her husband, Maurício Mota, a native Brazilian. Together they founded Wise Entertainment, committed from the outset to a different approach. “We really wanted to tell stories for women by women and underrepresented audiences,” Mota says.

Although many in Hollywood were skeptical of “East Los High,” it’s now Hulu’s longest-running original show. Mota credits the show’s success, in part, to Wise’s unique in-house research and development group, which keeps its fingers on the pulse of what’s happening culturally around the country and feeds the team authentic, specific stories. “When we look at culture from a macro view, we lose the humanity. We want to capture what daily life is like,” says Mota.

In the last season alone, “East Los High” featured storylines around hate speech, undocumented immigrants, and was the first U.S. television program to show a detention center. These heavy topics are combined with love stories and occasional dance numbers, which Mota says help keep audiences engaged and reflect every person’s highs and lows. “This is not a documentary, but it’s an amazing piece of entertainment that also presents a reflection on life.”

The Wise team has more trailblazing projects in development, including a new show co-created with Get Lifted, John Legend’s production company. “The opportunity to tell these stories is a gift,” says Mota.