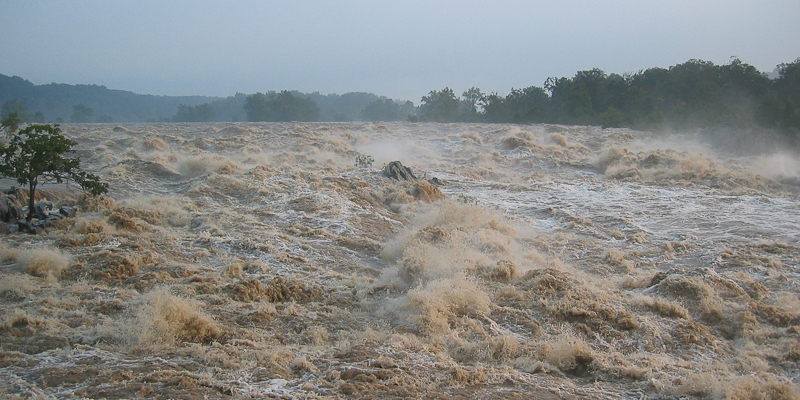 A new study shows that removing native forest and starting intensive agriculture can accelerate erosion so dramatically that in a few decades as much soil is lost as would naturally occur over thousands of years.

Had you stood on the banks of the Roanoke, Savannah, or Chattahoochee Rivers 100 years ago, you’d have seen a lot more clay soil washing down to the sea than before European settlers began clearing trees and farming there in the 1700s. Around the world, it is well known that deforestation and agriculture increases erosion above its natural rate.

But accurately measuring the natural rate of erosion for a landscape — and, therefore, how much human land use has accelerated this rate — has been a devilishly hard task for geologists. And that makes environmental decision-making — such as setting allowable amounts of sediment in fish habitat and land use regulation — also difficult.

Now research on these three rivers and seven other large river basins in the U.S. Southeast has, for the first time, precisely quantified this background rate of erosion. The scientists made a startling discovery: rates of hillslope erosion before European settlement were about an inch every 2,500 years, while during the period of peak land disturbance in the late 1800s and early 1900s, rates spiked to an inch every 25 years.

“That’s more than a hundred-fold increase,” says Paul Bierman, a geologist at the University of Vermont who co-led the new study with his former graduate student and lead author Luke Reusser, and geologist Dylan Rood at Imperial College, London. “Soils fall apart when we remove vegetation,” Bierman says, “and then the land erodes quickly.”

Their study was presented online Jan. 7 in the February issue of the journal Geology. Their work was supported by the National Science Foundation.

“Our study shows exactly how huge an effect European colonization and agriculture had on the landscape of North America,” says Dylan Rood. “Humans scraped off the soil more than 100 times faster than other natural processes!”

Along the southern Piedmont from Virginia to Alabama — that stretch of rolling terrain between the Appalachian Mountains and the coastal plain of the Atlantic Ocean — clay soils built up for many millennia. Then, in just a few decades of intensive logging, and cotton and tobacco production, as much soil eroded as would have happened in a pre-human landscape over thousands of years, the scientists note. “The Earth doesn't create that precious soil for crops fast enough to replenish what the humans took off,” Rood says. “It’s a pattern that is unsustainable if continued.”

The scientist collected 24 sediment samples from these rivers — and then applied an innovative technique to make their measurements. From quartz in the sediment, Bierman and his team at the University of Vermont's Cosmogenic Nuclide Laboratory extracted a rare form of the element beryllium, an isotope called beryllium-10. Formed by cosmic rays, the isotope builds up in the top few feet of the soil. The slower the rate of erosion, the longer soil is exposed at Earth’s surface, the more beryllium-10 it accumulates. Using an accelerator mass spectrometer at the Lawrence Livermore National Laboratory, the geologists measured how much beryllium-10 was in their samples — giving them a kind of clock to measure erosion over long time spans.

These modern river sediments revealed rates of soil loss over tens of thousands of years. This allowed the team to compare these background rates to post-settlement rates of both upland erosion and downriver sediment yield that have been well documented since the early 1900s across this Piedmont region.

While the scientists concluded that upland erosion was accelerated by a hundred-fold, the amount of sediment at the outlets of these rivers was increased only about five to ten times above pre-settlement levels, meaning that the rivers were only transporting about six percent of the eroded soil. This shows that most of the material eroded over the last two centuries still remains as “legacy sediment,” the scientists write, piled up at the base of hillslopes and along valley bottoms.

“There's a huge human thumbprint on the landscape, which makes it hard to see what nature would do on its own,” Bierman says, “but the beauty of beryllium-10 is that it allows us to see through the human fingerprint to see what's underneath it, what came before.”

“This study helps us understand how nature runs the planet,” he says, “compared to how we run the planet.”

And this knowledge, in turn, can “help to inform land use planning,” Bierman says. “We can set regulatory goals based on objective data about how the landscape used to work.” Often, it is difficult to know whether conservation strategies — for example, regulations about TMDL’s (total maximum daily loads) of sediment — are well fitted to the geology and biology of a region. “In other words, an important unsolved mystery is: "How do the rates of human removal compare to ‘natural’ rates, and how sustainable are the human rates?" Rood asks.

While this new study shows that erosion rates were unsustainable in the recent past, “it also provides a goal for the future,” Rood says. “We can use the beryllium-10 erosion rates as a target for successful resource conservation strategies; they can be used to develop smart environmental policies and regulations that will protect threatened soil and water resources for generations to come.” 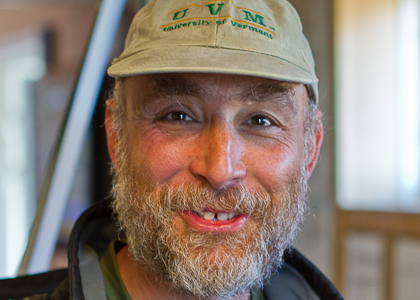 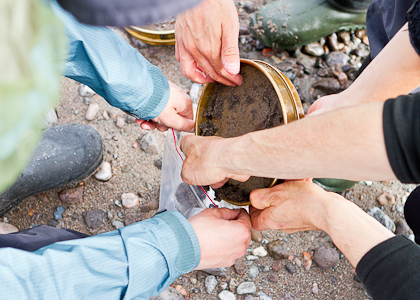