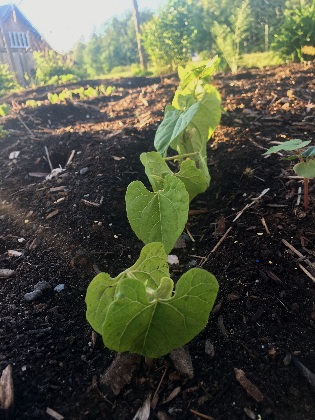 Are you looking for a delicious vegetable easy to grow and harvest all summer long? Look no further than the stringless green bean, specifically the haricots verts. It's the perfect addition to the home garden as seeds can be sown every two weeks from last frost to mid-July to extend their harvest.

Haricots verts, French for green beans, are a long and slender cultivar of the common green bean, Phaseolus vulgaris, a member of the pea family. They are coveted by cooks for their tenderness and robust flavor compared to their American counterparts.

Green beans were cultivated for over 5,000 years in Central and South America and were brought to Europe by explorer Christopher Columbus as dried beans. They became an indispensable food staple for long voyages. However, it was not until the end of the 18th century in southern Italy that green beans were consumed fresh as pods.

Depending on their growth habit, haricots verts are characterized as bush beans or pole beans. The bush bean is self-supporting and can reach 18-30 inches in height whereas the pole bean needs a structure or trellis on which to grow.

Bush beans mature earlier than pole beans, produce fewer pods per plant and may be the better choice for novice gardeners. In contrast, pole beans produce more fruit, but take longer to mature.

Haricots verts are sold under different names. When buying seeds, check for other cultivar names such as French beans or French filet bush beans. Alternatively, they may be described on the seed packet as slender, tender, flavorful and stringless. As always, select disease-resistant varieties.

Green beans are easy to grow. Direct-seeded after the last frost, they thrive in full sun and rich, well-drained soil. Typically, you should plant seeds one-inch deep but the distance between seeds depends on the type of bean (bush or pole). It is best to follow the planting instructions on the seed packet.

The seedlings need to be thinned when they have at least two sets of true leaves. Cut the least healthy ones with sharp scissors to avoid disturbing the roots. To ensure optimal growth, keep the soil evenly moist.

Bush-type haricots verts will be ready for picking in 45-60 days, pole bean varieties in 55-65 days. Harvest when the pods are pencil thin and about four inches long. To harvest, cut (don't pull) the flower stalk behind the pod.

The longer they remain on the plant the tougher and stringier they get so collect ripe beans every few days. The plants should produce abundantly for two to three weeks.

Haricots verts are nutritious and delicious steamed, blanched or sautéed. They are best eaten soon after harvest and are good candidates for freezing or canning.