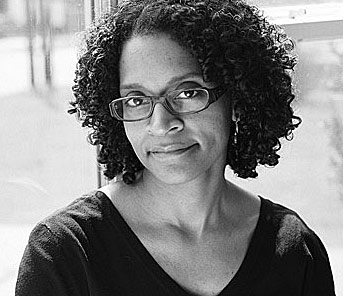 On August 7, 1994, a man who was severely mentally ill stabbed seven people in a coffee shop in New Haven. I was one of the seven. On August 8, 1994, I woke up in a hospital bed, and Helena, who is white, was somehow just there, managing doctors, nurses, visitors, everything. From somewhere deep in my morphine-induced haze, I felt something much more than gratitude. “How can I ever thank you for this?” I asked, woozily racking my brain for ways to do that. She looked at me sternly and said, “I’m not here for you. I’m here for me.” She stayed for a week, got everything in order, and left. This is one of the greatest gifts anyone has ever given me.

What I love about Helena, who I have known now for almost twenty years, has nothing to do with race, but with the nearly primal space of comfort and acceptance that her friendship provides for me always, without hesitation or exception. At the same time, what I love about Helena has everything to do with race. Her racial identity must necessarily be as central to her as mine is to me, after all, so that loving Helena means loving her whiteness, too. In particular, I often take great private pleasure in the fact that she is Jewish, and proudly imagine that our alliance is blessed by the tradition of the grand historical connection between blacks and Jews. If Helena feels a similar pleasure about my blackness, she does not describe it in the careful, anxious grammar of the dogmatic antiracist. Some of these dogmatic types I admire greatly. Some of them I find extremely tedious, particularly when they exhibit symptoms of the illness I call “Racial Tourette’s,” identifiable when the host is unable to speak about anything other than race when in the presence of a nonwhite person. Some of these people, even the ones who suffer from Racial Tourette’s, are my friends.

Here’s a story about the dangers of dogmatic antiracism: I am at a dinner party sitting across the table from two white people, a man and a woman, who are talking about racism. “There’s racism and then there’s racism,” the man says and begins a story about a writer friend of his, a recent transplant to New York from an all-white Midwestern city. “He’s not a racist but he’s sometimes very clumsy,” the man explains as he ends a story about his friend’s most recent awkward interracial encounter, which involved his approaching a black woman from Louisiana at a social event and asking her which of the black “revival” churches in New York she attended. The woman was a Buddhist.

The man rolls his eyes and laughs. He says, “My friend’s got a good heart, and he’s eager to learn.” He looks at the woman, who frowns and sighs. For long, uncomfortable seconds, they are both silent. Finally, the woman says coolly, “Well, it’s not my job to educate people like that,” and turns away.

The man is my husband, John, and the woman is Margaret, a civil rights lawyer, a committed antiracist, and an acquaintance of ours. In some ways, I respect the rigid lines Margaret draws between herself and other white people. She doesn’t tolerate slippage, and polices the exact boundaries around her ideological commitments with a formidable vigilance. Let’s be honest: The kind of fuzziness that decorates my own attitudes about race would never have gotten any important movement off the ground. But there is something missing from Margaret’s racial repertoire, and it’s the same thing that accounts for my friendship with the awkward writer in the first place: compassion. The writer sometimes sticks his foot in his mouth, but he is unfailingly compassionate. Where is the compassion in the rigid march of the sentry around and around her intractable borders between right and wrong? Ultimately, I believe that the boundaries serve the sentry, and no one else.

In general, I don’t care if the white people I meet call themselves antiracists, or even have the “right” politics, which is a hard and fast friendship criterion for some who are dear to me. Right politics or not, some of my best friends, much like my mother, would never reveal their truest selves to a white person under any circumstances. Myself, I prefer to be knocked senseless by love, the fabled, blind kind of love that makes you want to give everything away. But then, I was thusly besotted with a woman named Susan, until the day she asked me what “the black community” really thought about names like Sheniqua and Tyronda, because “the white community” thought they were just bizarre. As she asked me this question, I watched myself turn, in Susan’s eyes, from Emily into “the black community.” And I watched her transform herself from Susan into someone who forgot, for a moment, that we had spent hours talking on the phone about our uncanny similarities, down to the cadence of our speech. Completely alike, we said. Completely understood, I felt. It was just a moment, but it changed everything. By the time I got up the nerve to bring it up, it was too late, mostly because I waited for two years, trying to forget it.

Blind love has its drawbacks.

When I told my friend Antonia, who is white and a committed antiracist, about Susan, I could feel her shudder all the way from California. When I send her a draft of this essay, she finds the part about antiracists insulting and simplistic, and I wonder if I didn’t write it, in part, to irritate her. When I describe to her my discomfort with Margaret, she asks me to elaborate. I do so by quoting something Toni Morrison told Ed Bradley on 60 Minutes in 1998. Describing her dominant feelings about white people, Morrison said, “If the trucks pass and they have to make a choice, they’ll put me on that truck.”

“Margaret would never put you on the truck,” Antonia says. “Maybe not,” I fire back, “but she would put the first white person on it, just to say she did.” We howl with laughter, and then we are back to business. Antonia insists that it is Margaret’s personality and not her politics, that I find obnoxious. In addition, she thinks the head/heart dichotomy I have created with my competing stories about Margaret and Helena is facile. I tell her that while her politics may not be as righteous as Margaret’s (here Antonia interrupts to voice her objections to the word “righteous”—she interrupts a lot), I know in my heart that Helena would never, under any circumstances, put me, or anyone else, on one of those trucks. I tell her these distinctions may be facile, but it’s what I experience, and thank you very much for calling my experience facile. We argue about this for days, for weeks. It is not lost on me that I enjoy arguing with Antonia; it is one of the reasons that I love her so dearly. As she talks, I remember a discussion we had years ago about whether the phrase “white-knuckle it” was racially exclusionary. Our discussion spooled out into a ridiculous argument that ended with her hanging up on me. When she called back in the middle of the night, she said quietly, “I think the problem is that I expect a great deal of myself when it comes to these kinds of issues.” I was moved and disarmed by her honesty, the deep level of comfort and acceptance between us she must have felt to make such an admission to me. I said, “I think it must be hard to be the kind of white person you are, because the kind of black person I am expects a great deal from you, too.”

Since that night, I have used the phrase “white-knuckle it” every chance I get, and always think of Antonia when I do.

Excerpted from the Introduction to Some of My Best Friends: Writings on Interracial Friendships, edited by Emily Bernard, published by HarperCollins

Originally published in the Winter 2005 issue.