For Disaster Sociologists, Now Is the Time 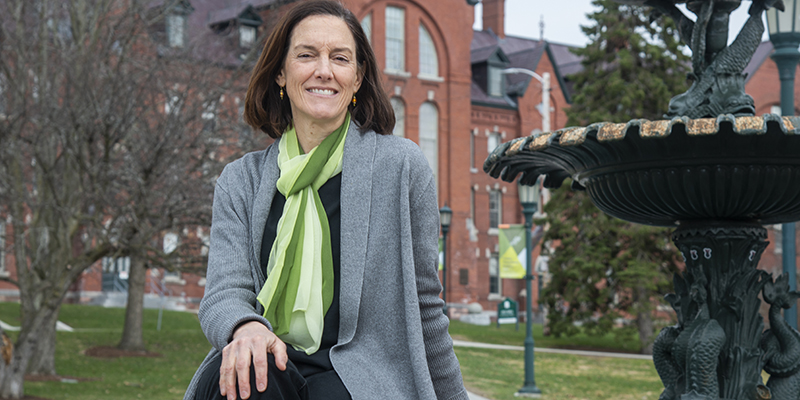 Professor Alice Fothergill, an expert in disaster sociology, is studying and teaching about the multiple impacts of the pandemic. (Photo: Brian Jenkins)

As Professor Alice Fothergill met with her spring semester Sociology of Disaster class for the first time on January 11, she was still in search of a real-world disaster to bring depth and connection to her lectures and reading assignments.

“Every time I teach the class,” says Fothergill, a pioneer in the field of disaster sociology and one of its leading scholars, “something happens in the world, and it becomes our case study for the semester” — a way to study risk perception, effective warning communications, disaster response and how disaster affects different socioeconomic groups unequally, in real time.

Fothergill was aware of the coronavirus outbreak in Wuhan but wasn’t convinced it would rise to the level of a semester-long case history. But as Covid-19 took hold a world away, she tentatively engaged the class. Were they following the situation in China? she asked. Then, on Feb. 7, Li Wenliang, the Wuhan doctor who tried to warn the Chinese authorities about the pandemic and had contracted the disease, died, a turning point for the world, and the class.

“I remember telling them, ‘I think we need to start paying attention to this,'" Fothergill says. In short order, the pandemic became a near-perfect vehicle for conveying the course material. “Each class, I was like, ‘This is really good.’”

But gratitude for finding an apt case study steadily ebbed as the reality of the situation took hold. One student told the class she was going to visit a friend in Italy during the spring break, a coronavirus hotspot, which spurred discussion and a darkening mood. “You don’t think I’m going to go, do you?” the student asked. “I don’t think you’re going to go,” Fothergill replied. More personal stories emerged of the virus’s impact: a cousin whose company relocated him upstate from Manhattan, a friend who was sent home from a study abroad program.

The week before spring break, Fothergill urged students to take everything home with them because they might not return. “I had been thinking, ‘What a perfect case study; this is illustrating my points perfectly; everything is so relevant.’ And then it got too good.”

As she contended with the challenges of teaching her students remotely about a disaster they were experiencing directly, Fothergill began hearing from her scholarly community and the news media. Of great interest suddently was a 2012 book she co-authored, The Children of Katrina, which followed a group of seven displaced New Orleans children and teens for seven years after Hurricane Katrina and drew lessons about how to reduce human suffering in future disasters. The book focused on the destructive effects of dislocation on children, as they were separated from their flooded communities and placed in homes or FEMA trailer camps in other states.

Ironically, children during the pandemic were similarly dislocated — from friends, school, grandparents — and distressed, even though they were snug in their homes. During March and April, Fothergill spoke about this eerie dislocation with The Atlantic magazine, the New York Times and Parents magazine, as well as with students and faculty at other institutions. She joined two new National Science Foundation-sponsored working groups focused on children and the pandemic.

And fellow scholars began asking her to collaborate on books and articles. The project she’s contemplating is “to ask kids and the elderly to write journals during the pandemic. Then we'd be able to compare their experiences, how they were different in different places. That opportunity to collaborate globally, to do comparative work, we haven’t seen before.”

Meanwhile her students are using their forced isolation to burrow into their studies. Rebecca Saunders, a junior sociology major from Blue Bell, Pa., is immersing herself in the readings and video lectures that Fothergill posts on the class site. She just turned in a long paper — and  got in-depth comments back from Fothergill — and is preparing for the on-line final. Saunders misses the class discussion, but the immediacy of the pandemic and its ubiquity in the news media almost impel her to dig into topics she’s interested in, like the undercount of undocumented workers who avoided hospitals and died, which had a strong parallel in New Orleans during Hurricane Katrina. “Watching how things are playing out in the real world just makes it seem more of an actual case study and in some ways is a more valuable way to learn,” she says.