Together and apart, ‘soloists’ plan performance 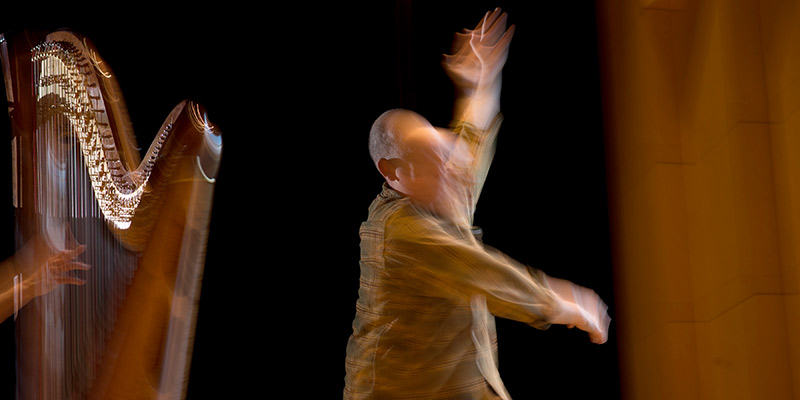 It was time for dancer Paul Besaw to create a solo piece. In 2008, the professor and founding faculty member in UVM’s dance program sought a return to performing more himself. Having just completed a very large collaborative dance project, he was also of the mind that a pendulum swing toward a round of creative independence might be a very healthy thing. A solid new solo would give him a “portable” piece he could perform with minimal logistical worries such as staging or assembling other dancers.

Yet there was one issue. “I’m just not inclined to want to work alone,” he says. “I can’t imagine being in my office writing by myself for hours as so many of my colleagues in the music department who are composers do.”

Out of that ambivalence, The Solo Workshop series was born. Across a cup of coffee at Muddy Water’s on Main Street, he smiles and says, “I am sort of to blame.”

The term “parallel play” comes to mind as Besaw describes The Solo Workshop concept. Participating artists create their own pieces, making their own creative decisions, but as the production progresses toward performance they come together in a workshop format to share their individual creative processes. You might think of the performance as a live anthology, he suggests.

From the outset, Besaw wanted The Solo Workshops to be a multi-disciplinary effort. The fact that UVM dance is part of the  music department made that easy to achieve. “I walked down the hall and asked Patricia Julien if she knew anyone who would be interested in this. Before I could really get the question out, she said, ‘Me.’” Besaw says. “ I landed in the right place with my first conversation about the project.”

Julien, professor of music, became Besaw’s co-artistic director on The Solo Workshop, a series that will have its fourth iteration on Friday, Jan. 30, in the UVM Recital Hall.

“Each time we’ve done this, we’ve stretched our idea of what ‘solo’ means,” Julien says. Is it a solo if you’re a flutist playing with a looped recording of yourself? What if you’re on stage with a puppet?

Besaw takes up the question: “We’ve stopped fighting the term ‘solo’ from the beginning. We’ve discovered there really is no such thing. You’re so in constant dialogue with some element that it’s hard to strip any performance down to the singular figure in space.”

In addition to dancers and musicians, previous performances have brought together faculty from other departments, such as filmmaker Deb Ellis and poet Major Jackson from the English Department.

The January performance takes its title “Assigned Allies” from the fact that five composer/musicians have been matched with five choreographer/dancers. The pairings are Heidi Soons/Paul Besaw, Paul Asbell/Clare Byrne, Patricia Julien/Lynn Ellen Schimoler, Tom Cleary/Lois Trombley, and Paula Higa/Yutaka Kono. The relative collaboration or independence of the teams will be up to the members, their process, and connections that arise (or don’t) along the way.

Behind the scenes, another collaborator has joined the effort this time around with the UVM Lane Series handling the production. It’s one of a number of ways the Lane Series is working more closely with UVM’s academic units. Besaw has high praise for the budding relationship and the role that Natalie Neuert, Lane Series director, has played.

Long after the audience has gone home on Jan. 30, the UVM team of performers will be left with insight into how others work and quite likely a lasting ally in the field of artistic endeavor. “It’s been enriching to have so many other fields involved with this,” Julien says. “I’m learning so much from others about what they think through during their creative process.” 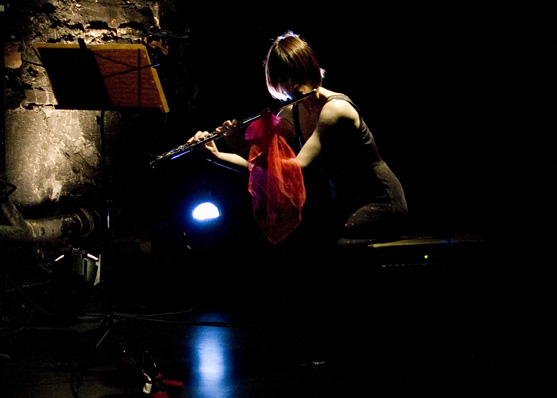