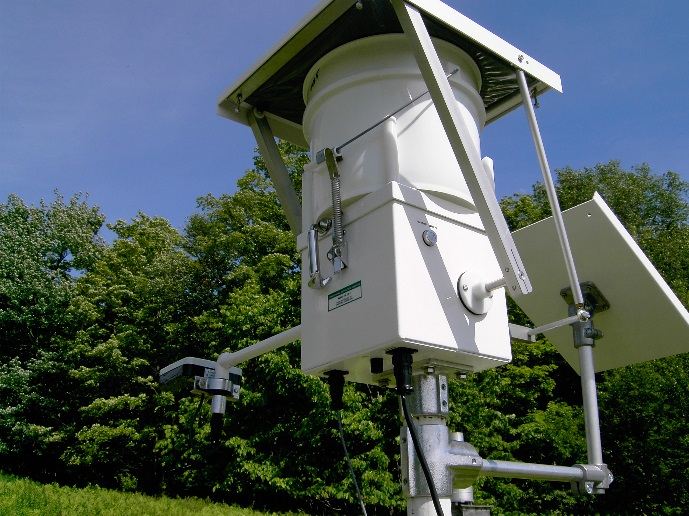 Automated Precipitation Collector at the VMC Air Quality Site in Underhill. Sampling at this site started in 1984.

Atmospheric deposition monitoring programs provide an important foundation for environmental research. As atmospheric inputs accumulate on the landscape over time there have been numerous studies documenting the cascading impacts on ecosystems, such as the dieback of red spruce in the 1970s and 80s. Long-term atmospheric deposition monitoring has been a cornerstone of VMC monitoring and research, providing key information on the sources of pollution, trends in deposition rates and impacts on forested ecosystems. Today, this information is necessary to understand how air quality policies have ameliorated acid deposition across the region, and to inform future policy and management decisions to sustain the health of the region's forested ecosystems.

Here we examine the NADP/NTN datasets collected at the Proctor Maple Research Center on the western slopes of Mount Mansfield, Vermont. This record contains a 30-year record of pH, NO3 and SO4 measurements for weekly composite precipitation samples. These networks consists of over 200 sites in the continental U.S. allowing us to better understand trends in acid deposition in Vermont and how they compare to other regions.

Figure 11. Quantile box plots show that 2014 (blue open circle) was a near outlier year, with the lowest mean SO4 concentrations (middle) recorded and highest mean pH (right). NO3 concentrations (left) were also in the lowest quartile, although not at record low values. Each dot represents a yearly mean value, with earlier dates in red and more recent dates in blue.

For all three deposition metrics (pH, SO4 and NO3), 2014 continued the trend of reduced pollution concentrations (Figure 11, Table 3). pH was the best year on record with a mean weekly composite over 5.0 ("unpolluted" rain typically has a pH of 5.6). When monitoring began in 1984, the pH of rain and snow samples was about 4.4. As pH is a logarithmic scale this represents a roughly fivefold improvement in acidity.

Similarly, SO4 concentrations were at record lows in 2014. While NO3 was also in the lowest quartile for the 30 year record, this marks the second year in a row where NO3 deposition exceeded that of SO4. In the early years of acid rain monitoring in Vermont, sulfates accounted for about 2/3 and nitrates 1/3 of the acidity in our precipitation. Over time, upwind emissions of both sulfur oxides (SOX) and nitrogen oxides (NOX) have declined. However, the reductions in SOX have been proportionately greater than reductions in NOX. Nitrogen deposition is expected to become a more important factor in the future, especially since emissions and deposition of reduced nitrogen (NHX) have not yet declined.

The VMC record on acid precipitation dates back to the early 1980s. Over that time, acid deposition in Vermont reflects decreasing emissions resulting from the Clean Air Act amendments in 1977 and 1990. This includes decreases in both sulfate and nitrate pollution, and a corresponding increase in precipitation pH. However, the most significant reductions are witnessed in sulfate, with more modest changes in nitrate. These trends are consistent with those reported at other NADP sites in the Northeast. 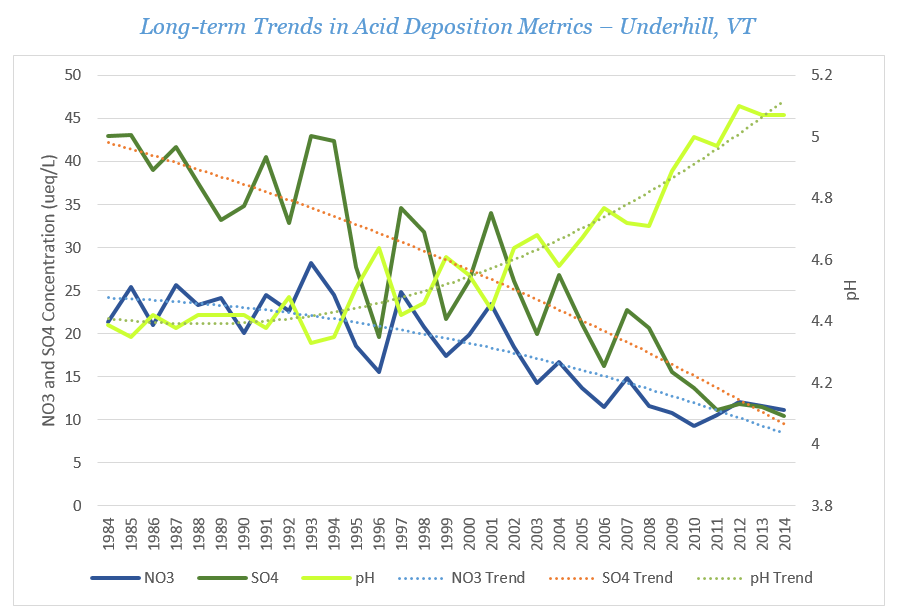 Figure 12. Long-term trends based on yearly mean concentrations (ueq/L) and pH highlight the success of the amendments to the 1990 Clean Air Act. 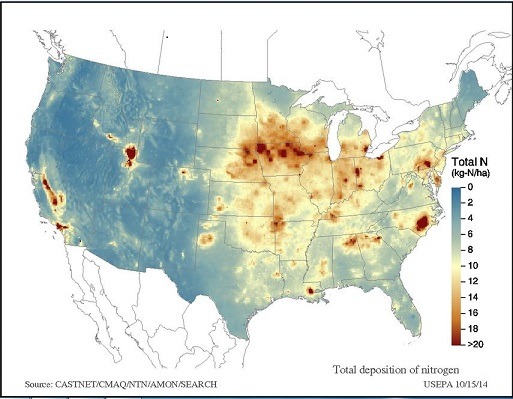 Figure 13. 2013 spatial distribution of total nitrogen deposition across the continental US. All three monitoring networks that collaborated to produce this map are represented at the VMC air quality site in Underhill.

Nitrogen deposition is becoming a more significant driver of acid deposition as reductions in sulfur emissions continue (Figure 12). Nitrogen emissions are declining more slowly due to the difficulty of removing nitrogen compounds from flue gases and motor vehicle exhaust and from the diffuse sources of these compounds arising from agriculture. Although nitrogen "hotspots" can still be found near utility boilers, much of this type of pollution comes from fertilizer use and from confinement farming such as feedlots and poultry operations.

Vermont is in relatively good shape with respect to nitrogen pollution nationwide (Figure 13). However, the Green Mountains show the susceptibility of mountain ecosystems due to more frequent exposure to acid mist in clouds and higher levels of precipitation. As nitrogen becomes a more important constituent of acid deposition, monitoring networks and modelers are combining resources to better understand the spatial and temporal patterns of nitrogen deposition. 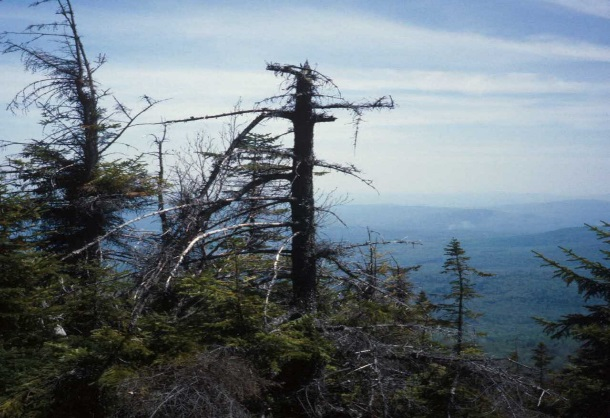