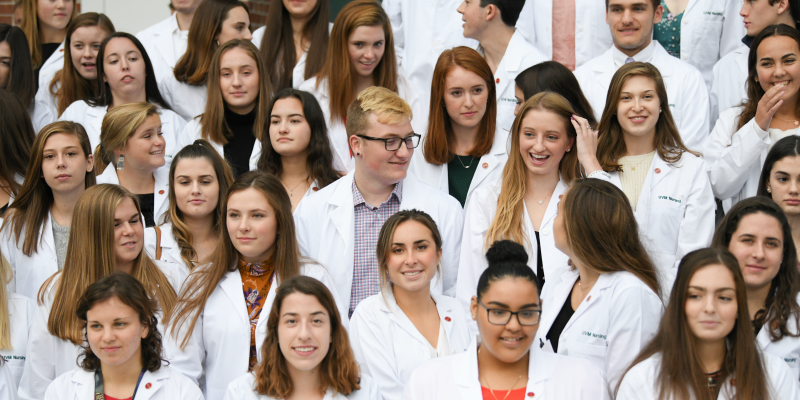 The Department of Nursing celebrated an incoming class of 139 undergraduate and 24 direct-entry graduate nursing students with its sixth annual white coat ceremony on Friday, Oct. 4. The event is held in conjunction with UVM Parent and Alumni weekend.

Origin of the white coat

The white coat has varied interpretations and functions - as both a representation of identity and a utilitarian tool used to carry pens and phones, remarked Nursing Department Chair Rosemary Dale as she opened the ceremony. “It is first and foremost a material symbol of the promise that each wearer has made to each and every patient whom he or she encounters: the promise to heal and to care,” she said.

Students who participated in the event represent two paths to professional nursing. Undergraduate students typically enter the profession as recent high school graduates who undertake four years of education to prepare for the state licensing examination as a registered nurse. Those beginning the direct-entry graduate program hold undergraduate or master’s degrees in non-nursing fields and will enter a pre-licensure year, which concludes with the state licensing exam and matriculation into the doctoral nursing program. 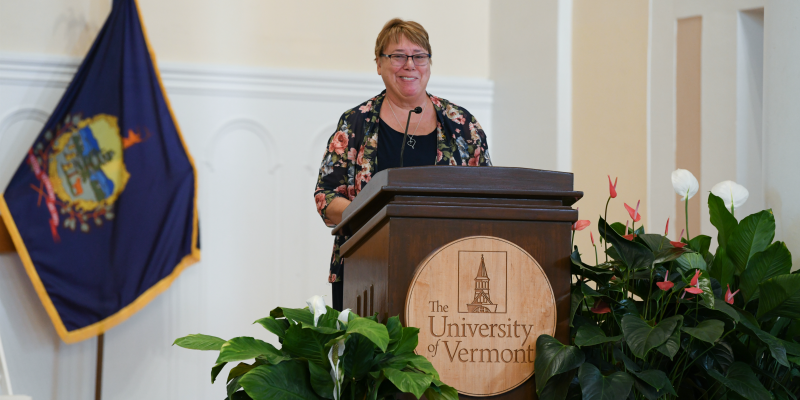 Donna MacDonald ’74 delivered the keynote. A graduate of the University of Vermont and former director of nursing for Everest College in Henderson, Nevada, MacDonald’s 43-year career spanned the US Army Corps, nursing homes and rehabilitation facilities. During her speech she asked the students to write down their reason for pursuing a nursing career on one side and their names followed by the “RN” credential on the other. As she wished them success, she advised them to keep the card for reference when their studies felt overwhelming. 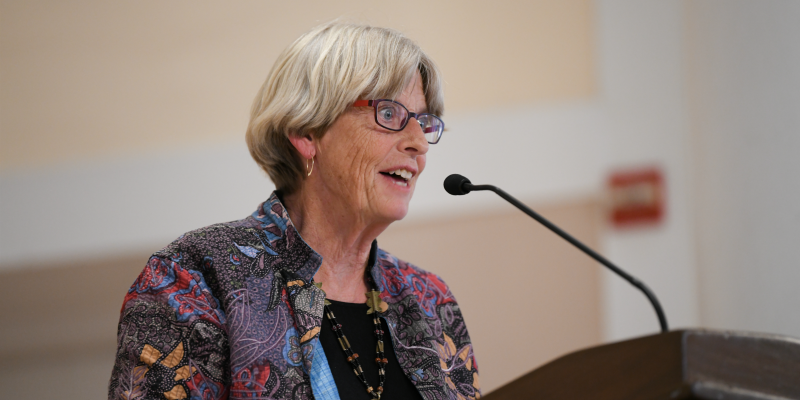 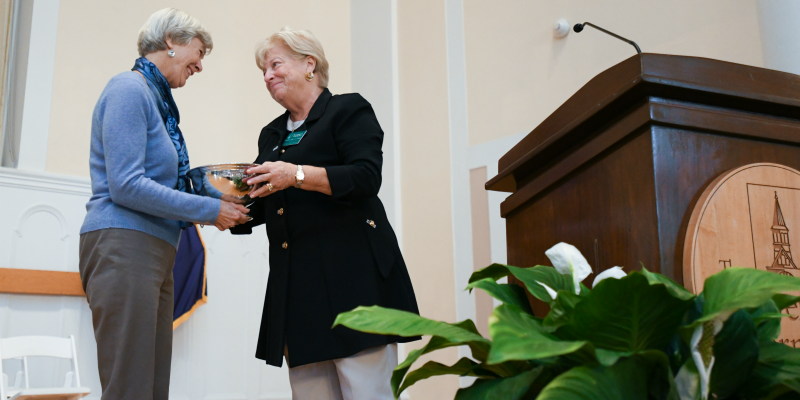 In recognition of a lifetime of service to the nursing profession and dedication to encourage classmates, alumni and students at UVM, Kathy Dick ’67 received the Janet T. Austin Alumnus Nursing Award, named for Janet Austin ’55 and recognizing achievement and long term commitment to the University of Vermont nursing program.

A Promise of Continued Support

As the ceremony concluded, Dr. Dale asked students to check the pockets of their coats – and together they reached in to find handwritten notes of encouragement from nurses, UVM alumni, and faculty members, with their contact information included.

The department celebrated the 50-year reunion of the Class of ’69 with a breakfast on Saturday morning. Alumni from the Classes of ’60, ’65 and ’70 are invited to contact Nursing Department administrator Mischka Rizzo at mischka.rizzo@med.uvm.edu to begin planning their 50-year celebrations.

Nursing Health Sciences
“Memorizing the material is not enough in nursing. You must understand how to use it. You learn to think, how does this apply to how I will be taking care of the patient?” – Donna MacDonald ’74