Join us as we 'cut through the mud' to bring you stories supported by original research. 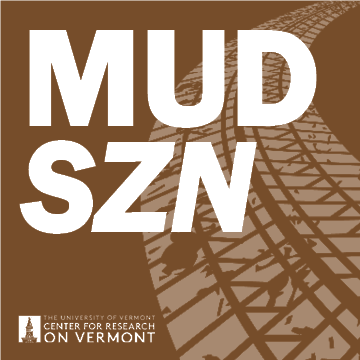 This podcast is brought to you by the Center for Research on Vermont, a cross-discipline group of scholars that focuses on providing original knowledge to the worldthrough examining the state's social, economic, cultural and physical environment.The Center covers issues and stories about the state of Vermont, or produced by scholars based in Vermont.

Episodes are created and produced by students at the University of Vermont, so you'll hear a new voice each time.

Check out our latest episode!

In a new collaboration with Vermont Public Radio, Mudseason episodes will air during Weekend Edition in addition to being available on WBTV-LP 99.3 FM and wherever you get your podcasts.

This spring marks 20 years since the Vermont Legislature created civil unions – the first state in the nation to give equal rights to gay and lesbian couples. It is hard to imagine today the level of animosity and support directed at legislators who struggled to vote their conscience.

But the world changed. Civil unions are now common and marriage equality is the law of the land.

CRVT’s podcast, MudSeason, tells that story in vivid detail based on an interview with Bill Lippert, who served then as vice-chair of the House Judciary committee. The podcast, developed by Eliza Giles, CRVT’s digital media coordinator, brings in outside sound, voices from contentious public hearings and and then sound from a pivotal speech Rep. Lippert made from the House Floor. After a 12 hour debate, the House voted 76-69 and the new law was on its way to changing the world for gay and lesbian couples.