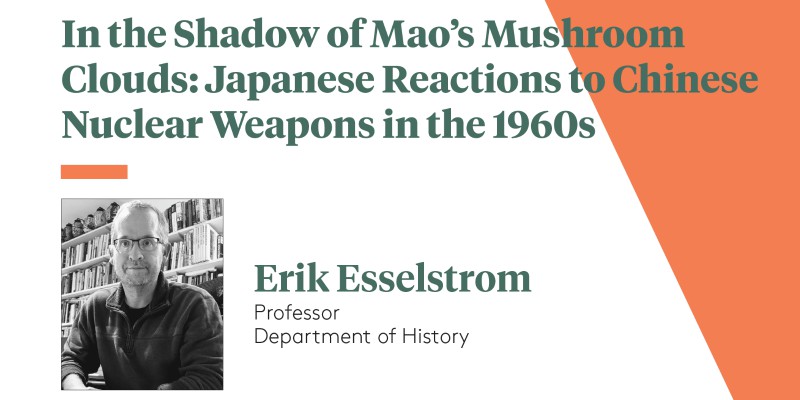 Professor of History Esselstrom will explore Japanese responses to the development of Chinese nuclear weapons in his full Professor Lecture "In the Shadow of Mao’s Mushroom Clouds: Japanese Reactions to Chinese Nuclear Weapons in the 1960s" on November 20 at 4:30 p.m. in Memorial Lounge, Waterman.

The event is free and open to the public.

Erik Esselstrom joined the UVM faculty in 2004 after earning his PhD from the University of California at Santa Barbara. His primary interests in both research and teaching focus on modern political and cultural relations between Japan and China. Professor Esselstrom has worked collaboratively with Japanese, Chinese, and Korean scholars at the Institute for Research in Humanities of Kyoto University and in the College of Political Science and Economics at Waseda University in Tokyo. He has also taught and conducted research as a visiting scholar in the Graduate School of Law at Hitotsubashi University in Japan.