CAS in the News

CAS Students and Faculty are deeply engaged in research, public service and their teaching. In a new project of the College, students write and report and tell stories about this work. Here we present those stories, and the students behind them. Prepare to be enlightened, entertained and experience some of what the college has to offer.

Rowan Hawthorne: From Internships to a Career in the Legislature 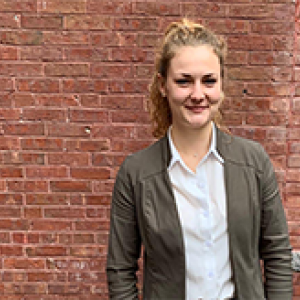 When senior Rowan Hawthorne got to UVM, she never thought she’d take to studying politics.

But now she’s graduating with a degree in political science, and because of her experiences with the department here, she’s ready for a job within the Vermont Legislature. 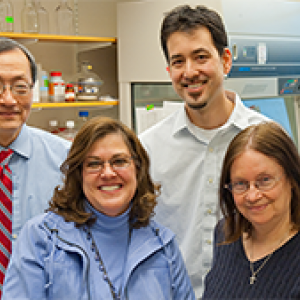 Professors Sayamwong Hammack and Victor May began as busmates. And soon their conversations on the commute sprouted into a research partnership.

Hammack and May have been studying an increasingly popular molecule in the realm of neuroscience and psychology called pituitary adenylate cyclase activating peptide — PACAP for short. The molecule has been found to impact the stress and anxiety circuits that run in our brains. 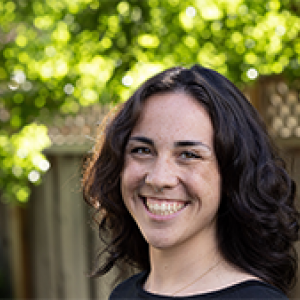 Senior Katie Enns always liked how geography and data could connect and how people could use maps to show trends, especially with environmental issues.

This summer, she did it herself.

Enns, an environmental studies major with minors in geographic information systems and computer science, spent the summer interning with the Chittenden Area Transportation Management Association. She worked with data from the group to map commuter emissions around campus. 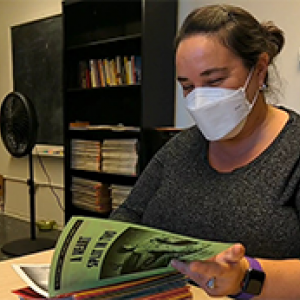 Beneath Vermont’s idyllic dairy farms lies a hidden population that helps to sustain the industry — and people can read about these workers in a nonfiction comics anthology created with the help of a UVM professor.

Between 1,000 and 1,200 of those workers live and work here, and an estimated 90% of them are undocumented, Department of Anthropology professor Teresa Mares writes in the afterword of the book, which she co-edited. 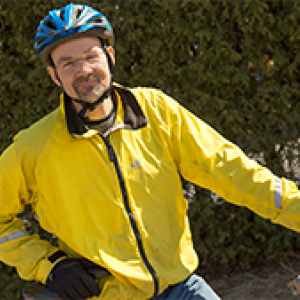 In 2019, The University of Vermont launched a program called the Community News Service: connecting student reporters to local publications across the state with support from mentors that the university provides. So far, the program has produced a thousand stories for local outlets and participated in launching two hyper-local publications in news deserts. 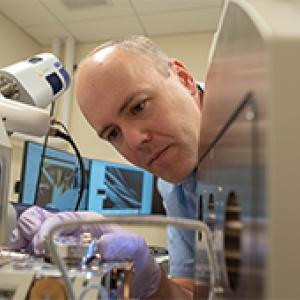 A physics professor and his team of students describe a never-before-done technology in an article published this fall that could have implications for screens and other devices that create, change or detect light.

“You come up with these results that are just pleasing to the eye when you do it, and they are scientifically novel — nobody's done it before,” said Matthew White, an associate professor in the Department of Physics, who led the study. 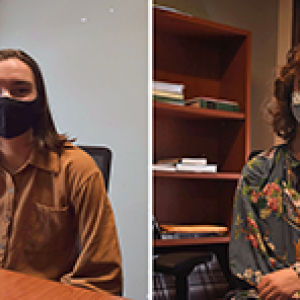 Town governments in Vermont are predominantly run by older, white men, and women typically serve in secretarial roles, according to research by a group of interns for the Center for Research on Vermont.

“It was just really interesting to learn more about Vermont town government, how it works, a lot of the issues that these small towns are facing and then also the successes that they're having,” said Crum, a junior majoring in statistics and psychological science. “It was really cool to be involved with that this summer.” 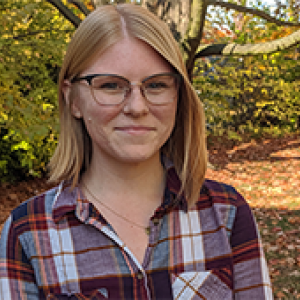 The College of Arts and Sciences’ internship program has taken off over the past few years — a trend you can trace to the people behind it.

“We've seen a lot of students just start understanding that internships are a great way to apply their skills that they're learning in courses,” said Sophia Trigg, experiential learning coordinator for the college. “And so now we have students who just contact us out of the blue and ask for internships.”

Trust in the Supreme Court is Waning. What Does That mean? 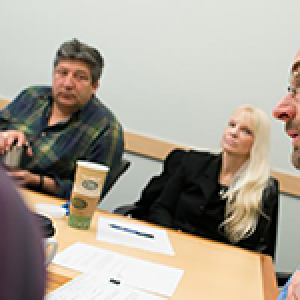 Approval ratings for the U.S. Supreme Court have sunk to 40%, their lowest since 2000, according to a recent Gallup poll. But as the court considers cases on gun control, abortion and religion, does that number mean anything?

Department of Political Science Professor Alec Ewald, an expert on constitutional law, believes the machinations of the Supreme Court can’t be distilled to a yes or no question. 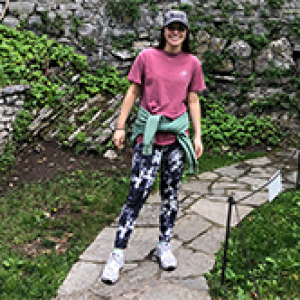 Alexa Drucker listened closely as the visitor spoke. Richard Watts, head of the Center for Research on Vermont, had come to the senior’s alternative energy class to talk about a traffic study, and Drucker was hooked.

“I'm going to call, I'm going to email him and try to make an appointment to set something up,” the environmental studies major recalled thinking. “And I did, and he was like, ‘Why don't you just take over Twitter?’” 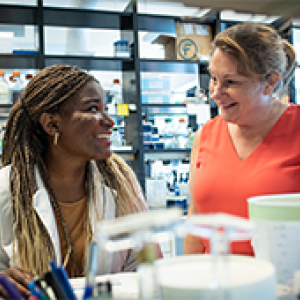 Students in the sciences can find study tips, network and learn more about their academic fields thanks to a new, student-run Instagram account centered on STEM.

“Just because people seem like they know what they're doing, doesn't necessarily mean that,” said Dorcas Lohese, a senior biochemistry major who runs the account. “For students in the first few years of college, the struggle is real.”

White Supremacy in the Media: New book by UVM faculty 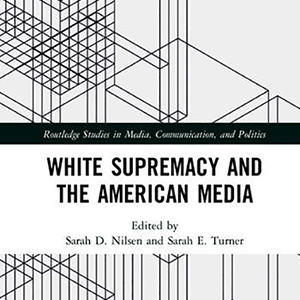 UVM educators Sarah Nilsen and Sarah Turner are awaiting publication of their third book together — and in it, they and other scholars argue that white supremacy pervades films, shows, video games and social media.

“This is one of the first books that actually addresses the topic,” said Nilsen, an associate professor in the Department of English. “In media studies in general, there's this huge hole. You have hundreds of books on directors like Hitchcock, but there’s minimal focus on more topical subjects like white supremacy.” 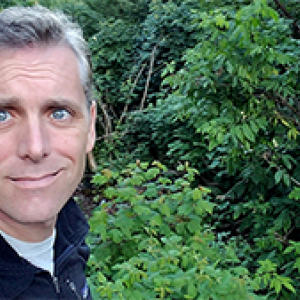 Bauerly, an expert in international political economy with the Department of Political Science, said government officials can focus attention on problems, but the business community is the real power player in swaying immigration policy. 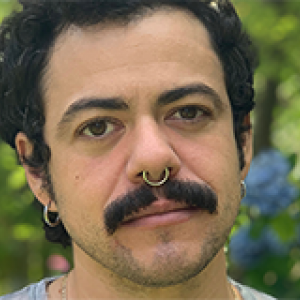 UVM professor’s acclaimed documentary detailing his grappling with grief, gender and rural family ties has been chosen as a “Critic’s Pick” by the New York Times.

“North by Current,” released by Department of Art and Art History professor Madsen Minax earlier this year, is a “drama of self-realization,” wrote Times critic Nicolas Rapold this month. 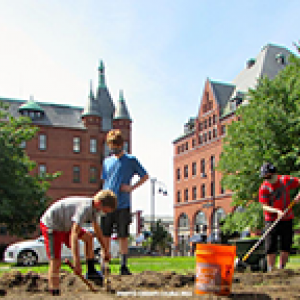 Laura Hill had been excited about moving into her Old North End home a few years ago. But the plant biology scholar found an unwelcome surprise.

Lead had seeped into the soil surrounding her new Burlington home. Tests showed levels as high as 1,400 parts-per-million, far above a desirable level.

“I knew I had to do something,” said Hill, a senior lecturer in the Department of Plant Biology. 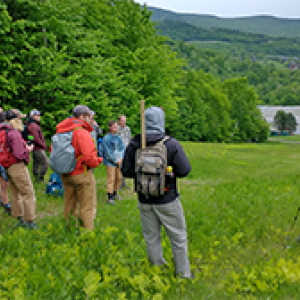 Geography professor Beverley Wemple is coming off one of the busiest years of her 20-year UVM career — helping to publish a sweeping study on Mt. Mansfield.

Wemple, who studies the dynamics of hydrologic and geomorphic processes in upland forested watersheds, leads research projects ranging from how water run-off affects streams to the impacts of human-ecology interactions. Wemple and a multi-disciplinary team of researchers have just completed an intensive 20-year study of water-related impacts on Vermont’s highest mountain. 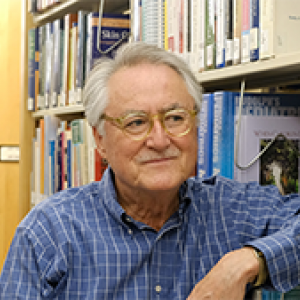 People give Allan Kellehear’s students a quizzical look when they hear about his new course about death and dying. But there’s one thing he’d like to get straight.

“We’re not studying death or dying,” said Kellehear, who joined UVM as a professor this fall. “We’re studying living people.” 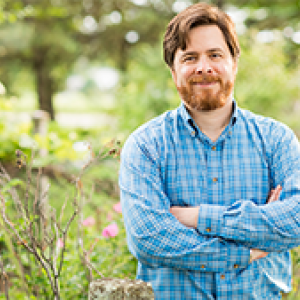 The Taliban promised to govern differently after seizing power in Afghanistan for the first time since the 1990s. Already, it seems, its leaders are breaking their promises.

“They have already started repressing women and anyone who speaks out against them,” said Peter Henne, a professor in the Department of Political Science. 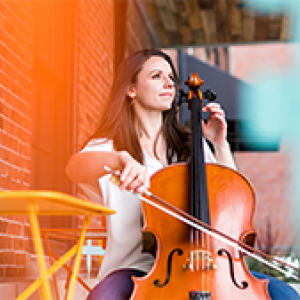 So the cellist got together with violinist Letitia Quante and pianist Hiromi Fukuda to set an ambitious goal.

Taubl, Quante and Fukuda formed an ensemble called the Champlain Trio this January and began visiting venues throughout Vermont to film a six-part documentary series called "Empty Stages: Performances and Stories of Resilience." 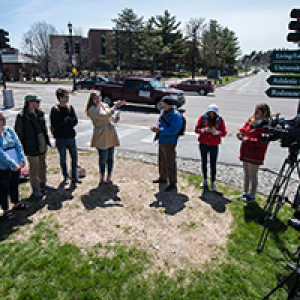 New students came to campus in record numbers this fall — and a lot of them are interested in political science.

The number of incoming intended majors for the program doubled this year, said Professor Jack Gierzynski, chair of the Department of Political Science in the College of Arts and Sciences. “We had the biggest increase of any major,” Gierzynski said.

From Geography to the White House and back to UVM 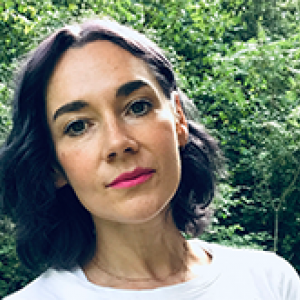 Meg Little Reilly ’01 buzzed around Washington, D.C., before she returned to Vermont a few years ago, moving from work in the nonprofit sphere to the Obama administration.

What she saw along the way — “the people who are making things run well” — inspired her latest effort: Project14, a new civic engagement initiative coordinated by the University’s Center for Research on Vermont with support from the Office of Engagement. The Geography graduate is back on campus helming the project and wrote about it recently for Times Higher Education here (Link).

Coping with Covid in Bangladesh: Professor’s Research Spans the Globe 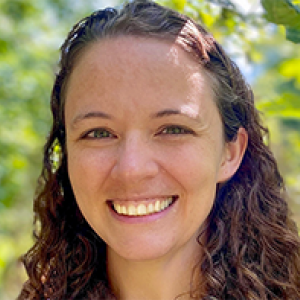 At-risk students in Bangladesh are still hustling in school, despite the mounting challenges on their families during the Covid-19 pandemic.

That’s one conclusion of a research project this year by Emily Beam, an assistant professor in the Department of Economics.

“Their children are still doing schoolwork; they're doing it regularly,” Beam said. “They're not doing as many hours per day, but they're doing something.” 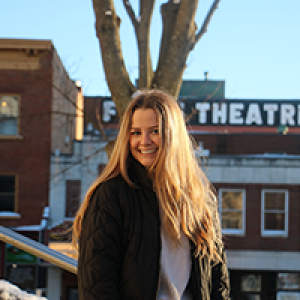 Sarah Blow grew up on stage, spending her youth singing and dancing in plays.

This summer, the senior, Public Communication major, and Dance minor found a new way to stand in the spotlight. 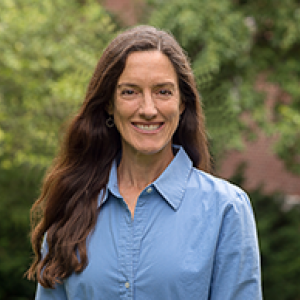 Alice Fothergill is a sociologist who focuses on disaster research, including research on the 1997 flood at Grand Forks, North Dakota, the Katrina Hurricane and Tropical Storm Irene in Vermont.

Most recently she has turned her attention to the COVID-19 pandemic and the impact on children and elderly populations. 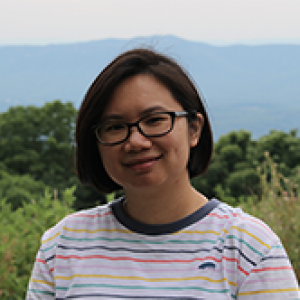 Why are there inequalities when it comes to resources, material and otherwise?”

Jennifer Lai posed this question as an engineering major looking at water distribution in Jericho City, Palestine. Lai, who starts at UVM this fall, found that these questions led her to her current discipline, Sociology. 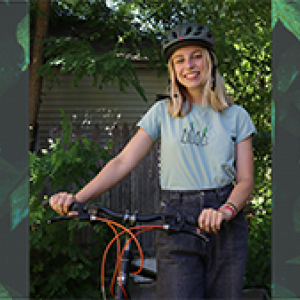 Zoë Kennedy has been advocating for a more sustainable transportation system in Burlington for the past year as an intern with Sustainable Transportation Vermont – a College of Arts & Sciences internship program.(Link)

Now, the Environmental Studies major will be at the table crafting policy decisions for Burlington. 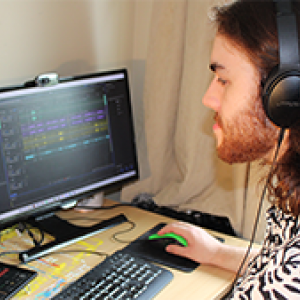 Podcasting is the new wave, this is where things are happening,” said English student Connor Adams. “You can just be really creative with all the different stuff that you do with audio.”

Adams, a rising Junior in the College of Arts and Sciences, is spending his summer with the  Community News Service – which pairs student reporters with professional editors to provide content to Vermont’s struggling community papers. 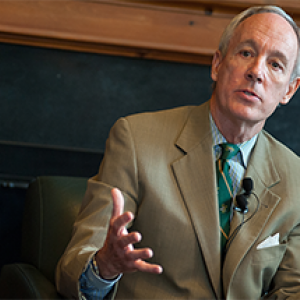 Earlier this year a high school student ripped her school on Snapchat because she did not make the varsity cheerleading squad. In response the school cut her from the team. Is what the student said protected under the First Amendment? Read the full article here.(Link)

Philosophy and Farming: Plato’s Pigs draws from the past to build the modern case for sustainability 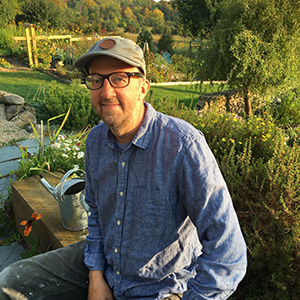 Mark Usher lives a double life. When he’s not pouring his passion into the study of Classics, he is surrounded by 100 sheep at his farm, Works and Days Farm, in Shoreham, Vermont. Over the past three years, Usher has been combining his love of farming and drive for sustainability with the cheeky writings of Plato and others in his latest book, Plato's Pigs and Other Ruminations: Ancient Guides to Living with Nature, published by Cambridge University Press.

“The book is exactly that kind of marriage of vocation and avocation,” Usher said.